“You Got Your Boy!” Gender and Spirit in Pregnancy After Loss 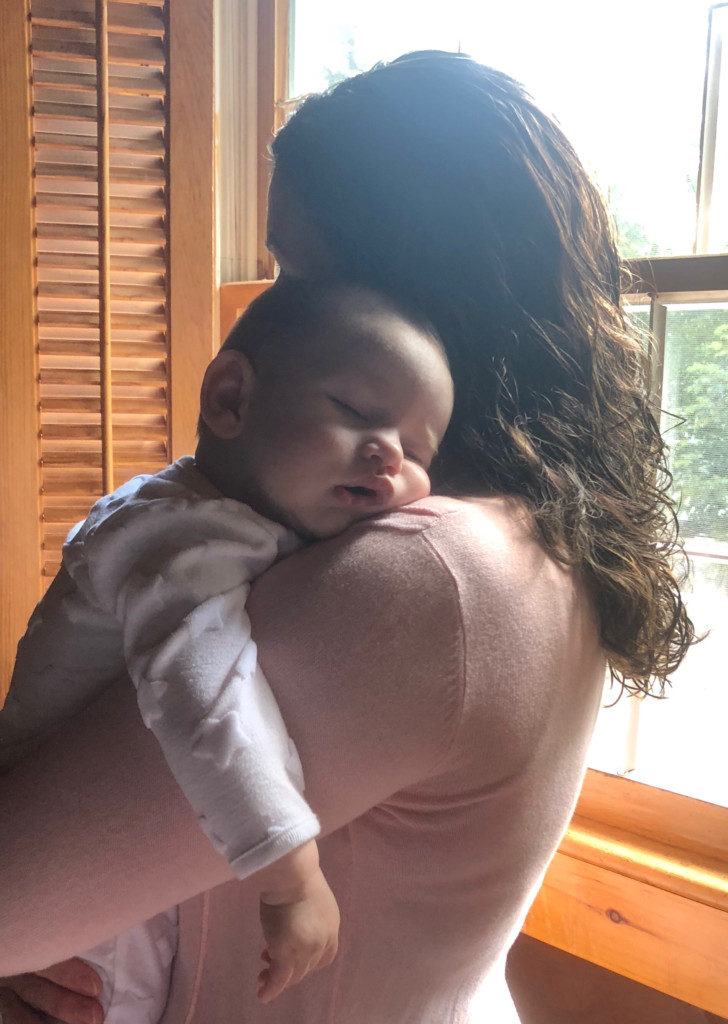 My firstborn was stillborn and his name was Brayden. When the doctor had told us his gender at an ultrasound appointment just weeks earlier, my husband Matt and I looked at each other and smiled. So many hopes and dreams had filled that moment.

I spoke to my spiritual friend shortly after we lost Brayden at 24 weeks gestation. I was a wreck as I recounted every detail of our experience. She said that he was okay and that we both had lessons to learn from each other.

I told her that I heard U2’s song With or Without You almost daily, on the radio, at stores, even a string quartet version at my first yoga class in years. In her broken English she said, “Wow. He is so…how do you say it…love-ative!”

In her eyes it was Brayden, telling me that he can’t live without me and that he would come back to me in spirit. She was convinced that I would mother a living boy someday.

It was a comforting thought, although I was skeptical and just hoped she was right about my having the opportunity to mother any living child. I hoped that Brayden would stay with me in spirit no matter what and tried to make peace with that.

When we became pregnant with our rainbow baby four months post-loss, I was both excited and terrified. Gender wasn’t on my mind, I just tried to get through each day. Each week felt like a huge accomplishment.

As we got closer to our anatomy scan appointment, I started to wonder if this baby was the boy my friend had mentioned. But I would have been surprised if it was; my intuition was telling me it was a girl.

At 18 weeks, we found out that this rainbow was indeed a girl.

We smiled again, just so happy that the scan went well and almost in disbelief that this could really be happening after what we had just been through.

In a way, I felt a wave of relief that it was a girl. Maybe I needed that separation by gender. I had only referred to my children as “the baby” and “the new baby” up until that point and was still in the fog of my first year post-loss.

After our daughter was born, I threw myself into mothering her. It was as if I was making up for lost chances to love. She is now three years old, hilarious and full of personality. I believe she is definitely Brayden’s little sister, the one he sent to us when our arms and hearts felt so empty.

When we began thinking about trying for a third child, we did so with complete open minds. It took longer this time and I needed to have a surgery first, so we were thrilled just to conceive again.

And then we found out. A boy.

The emotions I felt were complex. On one hand I thought, this is it. This is my boy! If the baby had been a girl, we would have loved her with every ounce of our beings. But I may have wondered if I wasn’t meant to mother a living boy, and why I would have come so close. I think I could have come to terms with that aspect but it might have taken some time.

On the other hand, with the knowledge of this BEING a boy came new fears. Am I capable of carrying a boy safely to term or is there something inherently wrong with my body, with me? This caused even more anxiety about losing him.

When he was born healthy, it felt surreal. A real third, wished-for child. A real baby boy. I brought him to my workplace for a visit and my co-worker said, “How wonderful! You got your boy!” It was something that I had felt to be in others’ minds but not spoken out loud, because obviously we would have been so fortunate either way, girl or boy.

But there does seem to be some significance to his being a boy. I am not entirely sure what yet, as I have learned a lot but still have a long way to go.

At this point I have my own spiritual relationship with Brayden and to me he seems to say, “This baby is not me, Mom. He is his own person. But he has reflections of me in his personality. In his gentleness and calm. Take care of him like you take care of my sister. You can do this and I love you.”

So I will do just that.