The Yarn that Holds Hope: Knitting Grief and Longing into the Fabric of Life 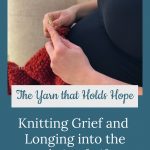 On a Wednesday night in October, when I was at the yarn store in my Minneapolis neighborhood, I got a call from a number belonging to the hospital. I told the staff that I had to take the call, left my yarn at the register, and headed out into the crisp night. 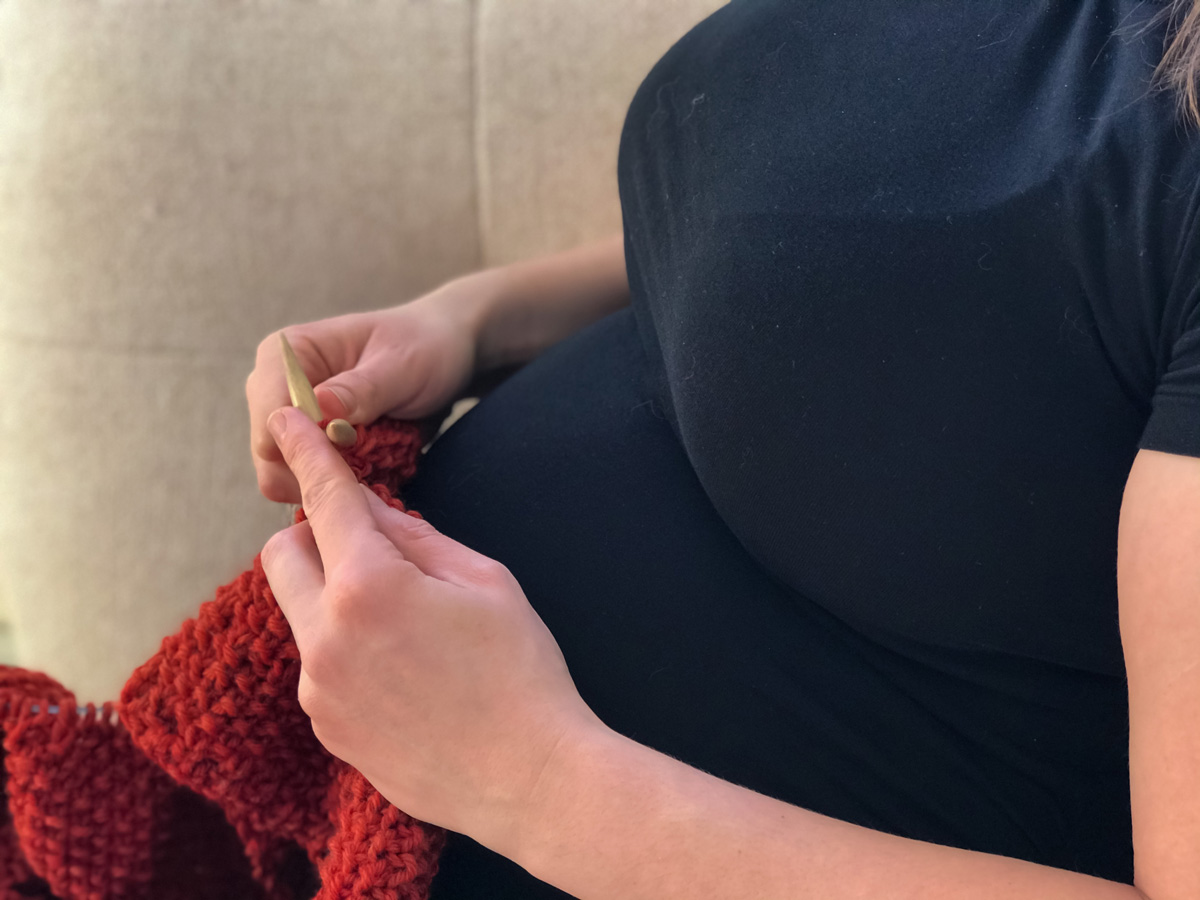 As maple leaves fell around me, I told the midwife my name and birthdate. She told me I needed to come in for an induction.

My baby hadn’t been moving much. My labs weren’t good. It was time.

Before we went to the hospital, I went to the basement of our story-and-a-half bungalow. I opened the storage ottoman by the television and put the soft yarn and gray felted bag I had purchased inside. The bag was a generous size. Three pineapples big, at least. My pregnancy app had trained me to think in relation to fruits, but what I really hoped was that the bag was big enough to hold a baby-blanket-in-progress.

While my body had worked unseen to stitch together the sinews and bones that would become my second son, my hands had learned, for the third time in my life, what to do with knitting needles. Underneath the globe of my belly, my son took shape. On top, so did his navy blanket.

After the induction, my second son snuggled under the blanket’s heft as he nursed in my slowly deflating lap. When my first son saw his new brother with the new blanket, he requested his very own. I promised to make him one. And I made another promise, too, just to myself. I would knit one more blanket. Soon. A trio of blankets to go with the trio of children my husband and I envisioned in our family.

But more than three years passed before I took out that gray bag.

I didn’t mean for it to be so long. I thought another baby would come sooner. For a few months, it seemed like one would. But a baby didn’t come. And I didn’t knit.

My life wasn’t barren. I created in other ways. I kneaded bread. I hand-lettered. I wrote essays. My hands were never idle. But it wasn’t until I saw those two purple lines that my fingers itched for fiber.

Unused yarn is not a tragedy. But it is a truth. Grief and longing form not just our hearts but our lives in real ways. Ways that we don’t even notice until, maybe, one day, we do. Ah, we say, this is how my life has taken shape around what has happened.

After the anatomy scan, I sat alone in a white room. When the doctor entered, I held up my hand. “Wait. Let me get my husband.”

“Hi,” the doctor said when my husband appeared on the screen. “You look very small.”

A joke seemed like a good sign. It was. When the doctor stood up to leave, he said, “Enjoy your pregnancy.” In my hand, my husband laughed. In the windowless room, I did, too.

It was absurd. I can’t enjoy this pregnancy. Or, rather, I know myself well enough to know that I won’t.

I have had two losses and two complicated live births. I have spent 30 months trying to conceive this child.

I won’t enjoy this pregnancy. It’s not a realistic response to what I’ve experienced. Not for me.

But neither will I be miserable. I am filled with too much awe for misery to take root. It’s not the spirit of the doctor’s benediction that doesn’t fit; it is the size.

So I will not enjoy this pregnancy. But I will find enjoyment during it.

“My mom promised me she’d knit me a blanket and she didn’t,” he told the staff.

That night, I watched YouTube and reminded my hands how to knit for the fourth time in my life. I worried that I wouldn’t be able to learn again. That the three years the storage ottoman stayed closed had ruined me somehow. That I’d lost whatever capacity I had. That I’d just spent a hundred dollars on yarn I couldn’t use. That I’d made promises I couldn’t keep.

But as my laptop’s battery dwindled to 9%, I felt the wool gliding across my fingers. I remembered this feeling. I was on my way.

I chose a simple pattern: The seed stitch. If you can knit and you can purl, and you can count to two, then you can do the seed stitch. Even so, I have lost the rhythm of knit, purl, knit, purl, knit, purl. Instead of alternating bumps, some rows combine to form tiny stripes, like stretch marks. In another row, I started knitting in the wrong direction, and now the blanket bows out a bit.

I could pull out the stitches that deviate from the pattern. From how I expected the blanket to look. But I’m not going to. I will keep going. I will include all of it. Because that’s what I’ve learned to do.