Where Do I Fit In? 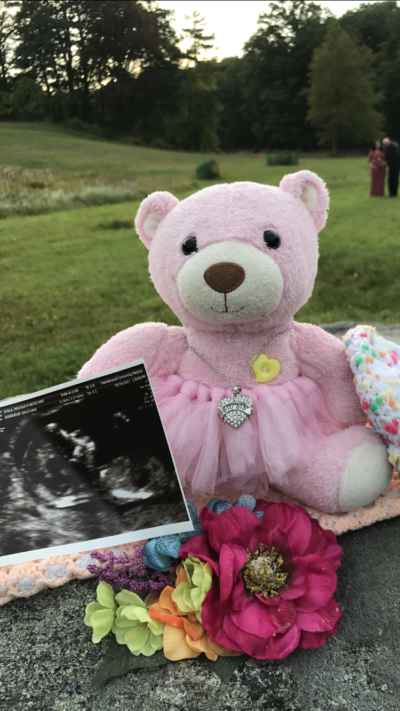 I knew this was going to be a problem. I wondered if I’d fit in. I knew somewhere the conversation was going to turn uncomfortable for me. I knew that part of the reason I felt extra emotional (on top of all the postpartum hormones) was because of Christmas and New Years. Even though I’m so happy to finally spend it with my rainbow, there’s still a piece of me missing. Every. Single. Day.

But I needed to get out. I needed to talk to someone else with a brand new baby dealing with (some) of the same issues I’m dealing with. I needed a change of scenery. It’s too cold to take her for a walk, and I refuse to bring her to crowded places while she’s still so little. I needed to meet with other new moms.

Except I’m not a new mom.

This was not my first birth.

It’s not the first time I held my own child in my arms.

It’s not the first time I bought baby clothes, diapers, wipes, or signed up for free baby stuff and discounts.

My second daughter’s crib, pack and play, activity station, and some of her clothes were actually bought for her big sister, who passed away at birth.

So today, even though I knew that there was a chance I would feel awkward, and even though I prepared myself to answer truthfully, THAT question still threw me for a loop.

They all started talking about their birth stories—and why the ones that didn’t have a vaginal birth ended up having c-sections instead. They went into details about how long their labors were and why things didn’t go “as planned.” They emphatically talked about what they deemed are horror stories, each one trying to outdo the other. But the endings are always positive ones.

I pretend I don’t hear the question.

After all, the reason I had a planned c-section was because I had an emergency section with my angel, and it ended up being a partly classical incision. So, now I can only give birth again that way.

But, I start to plan in my head: how will I answer if they look directly at me and ask? What will I say? As I prepare to tell the truth–because I hate keeping her a secret, but I also know why it’s done–one of the girls asks me if this is my first. The question throws me, and I fumble because I was preparing to answer a different question. So, I give a different answer. “Yes,” I say. And then I immediately feel guilty.

Instead I just feel awkward as I try to breastfeed my rainbow in public for only the third time. As if sensing my discomfort, she starts to get fussy. The fun and light vibe of the group has been ruined for me. She’s had her vaccines today, and now I’m afraid the crankiness is starting to kick in. She was sleeping peacefully before that.

I get silent, quiet. Instead of listening to the conversation, I smile and think, “When is this thing over? Maybe I should leave and say my baby’s cranky. I don’t even know what I’m doing. Why are everybody else’s babies so alert and happy? Why do I have so much trouble getting comfortable breastfeeding while I’m out in public? It seems like a no brainer for everyone else here. Why did that girl ask me if this is my first? Isn’t this a new moms group? Does she know this isn’t my first ? I don’t think I’ll be coming back.”

Now, as I write this, I realize none of those things were true. We were all talking about our different issues with our new babies.

But, sadly, I really don’t know if I’ll go back to group.

I want to go. I thrive on support groups. I always ask questions and learn new things. I’m not shy, and I always make new friends. Support groups are what helped me get through the past two years since the loss of my first baby. There is a group starting up that I know of for pregnancy and parenting after loss, but it’s late in the evenings and I don’t have anyone to watch my daughter.

But, I also want to meet other new moms, because in many ways I am a new mom too. And then in many ways, I’m not. I want to go on play dates–go out for coffee with them, take walks with our strollers. I want to share this beautiful new baby, and I want to do NORMAL things and join the world again. I’ve been waiting for this for almost three years now, from the time I found out I was pregnant with my first until now as I look at my second.

I want to fit in, but most of the time I don’t feel like I will ever again.

I hate that a woman who has lost a baby is made to feel ashamed like it’s her fault. I hate that I’m afraid the room will go silent after I mention my loss and no one will know what to say. And then, I’ll have to try to make everyone feel comfortable again and change the subject.

I do hope, though, that if and when I share my firstborn with other “new moms,” that it won’t be the end of a conversation or of a hopeful friendship. Obviously, that won’t be the case with everyone, but I have to remember that if people can’t handle my loss, they also don’t belong in my life. She is and will always be part of my life too. And maybe I can also be a shoulder to lean on for other women whom only look like new moms to the outside world like me. 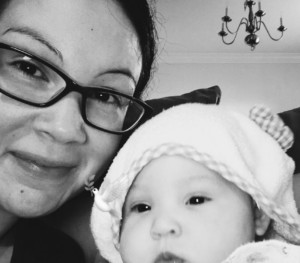