Pregnancy after loss is an intense season of waiting. It’s a season of being stranded somewhere between what might have been and what might be. 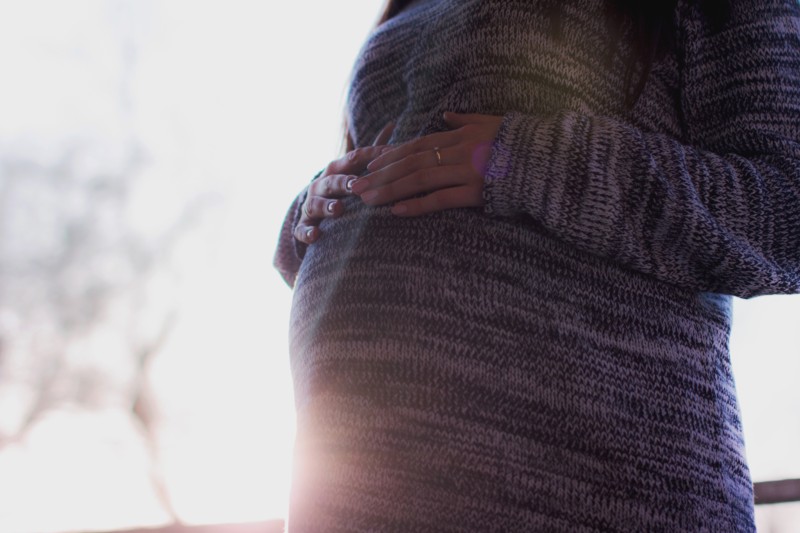 For me, pregnancy after loss felt like some version of purgatory.

The waiting was painful and it caused me to wonder if I would be left in darkness or carried into the light. Each unpredictable day was excruciating. I wasn’t sure if I would be sentenced to another season of grief or if my pregnancy would end with the reward of a joyful birth experience. Would I come out of that season adorned with the crown jewel of a healthy, living baby?

Pregnancy loss had left me feeling like I was being punished. I thought I had earned the title of Grieving Mother by failing to be a good enough mother to my living child. I concluded that I must not have deserved the opportunity to parent another child. I wondered if I would ever come out on the other side of grief, if I’d ever be given a second chance.

After my second experience with loss, I spent months praying.

And praying and praying. I prayed for my heart to be healed. I prayed for the pain to diminish. But mostly I prayed for another baby. Not just a pregnancy, but a baby. A living baby that I could care for, a sibling for my living child to dote on.

The prayers continued until the day I sat in the bathroom staring at the two pink lines of a pregnancy test. It was positive. And so was the next one and the next one. I was in disbelief. Instead of praying for another baby, I began praying for the one I was carrying to live.

One of Merriam-Webster’s definitions of purgatory is “a place or state of temporary suffering or misery.” And for me, that is what pregnancy after loss felt like, although I wasn’t sure if the misery would be temporary or not.

The feelings of suffering had nothing to do with migraines or morning sickness, backaches or hormones, transvaginal ultrasounds or weekly progesterone shots. The suffering was wrapped up in the long days, weeks, and months of panicky waiting. My mind was tormented with flashbacks of horror-filled trips to the emergency room and the sound of babies crying in Labor and Delivery while I stared at my own baby who would never cry. The suffering was a result of the uncertainty around whether I would be left mourning or celebrating the baby within.

Pregnancy after loss made me feel as if I were waiting to be deemed worthy enough to move out of the waiting and into a place of living. With my arms and heart full. I waited in fear, that maybe I wouldn’t be admitted to Labor and Delivery to have a baby, but only to give one back.

For months I waited.

And that he did.

He was born hefty and healthy, his fierce cries assuring me that all was well. There would be no more waiting – he had arrived.

Thankfully, my son’s arrival had freed me from pregnancy purgatory and I was no longer stuck somewhere between a death and a birth. I no longer questioned which side of pregnancy I would end up on – he had led me into the light.

When pregnancy feels like purgatory, it’s easy to get stuck in fear and guilt during the long weeks of waiting. But don’t lose hope that you too might come out of the waiting into a season of light.