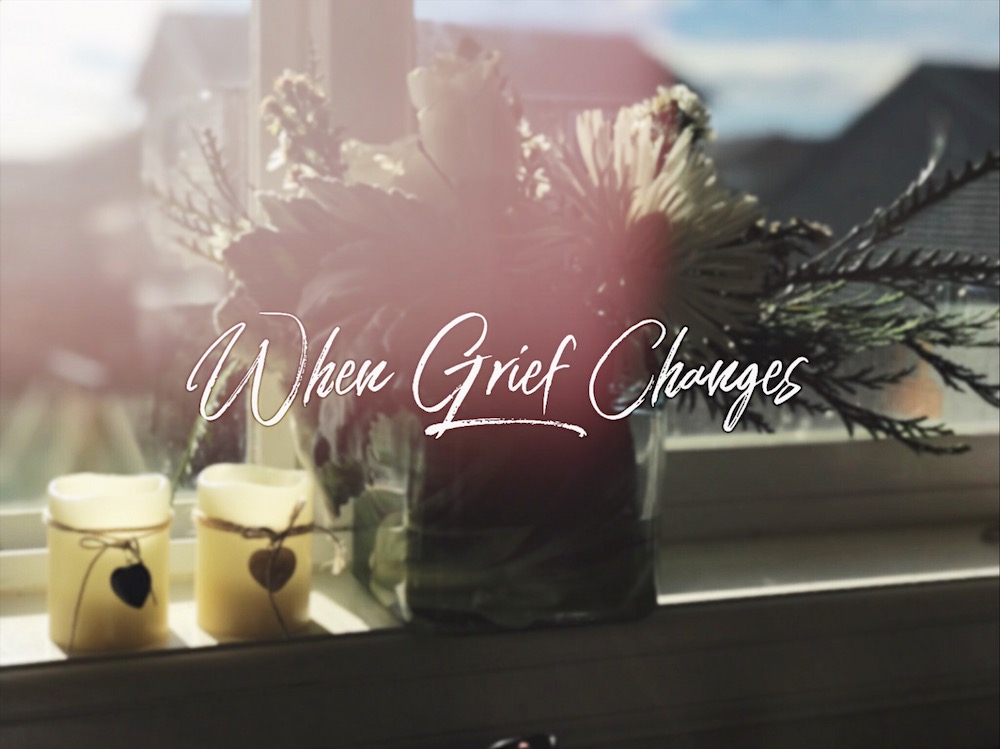 At the beginning of December, I had the honor and privilege to be the guest speaker at the annual Remembrance Ceremony that is hosted by “my hospital.” I claim this hospital as my own, because it is where I went to both times I lost babies. This building has become my loss-home, and the people inside of it my loss-family.

As I walked into the room where the Ceremony was being held, I absorbed the serene atmosphere as a woman delicately played the harp. I also sensed a bonded community as other families who have lost babies mingled together.

The Ceremony itself was healing, life-giving even. Each baby’s name was read aloud while family members placed a candle or candles in a beautiful, metal basin at the front of the room. Each lit candle represented a life that was lost too early and missed so dearly. And to see the candles all together, was overwhelming. So much loss. So much grief. So much love.

My husband and I lingered after the ceremony, continuing to talk to attendees and hospital staff, hearing details and names and stories of others’ losses. It reminded me that everyone in that room wasn’t really a stranger, even though most of us had never met before. We were connected because we were all loss-families. At times it can feel lonely, isolating. But there are so many of us.

As I left, I was given a beautiful flower arrangement. The inside of the short, square vase was lined with large leaves, and held a variety of white flowers and greenery that stretched outward. Once I got home, I placed the arrangement and two candles next to each other on my kitchen windowsill. 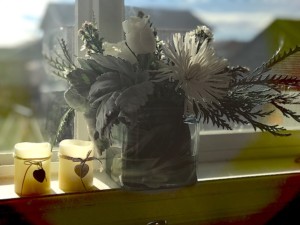 For the first few days the flower arrangement looked the exact same as it did when I first saw it at the ceremony—delicate and intact. But then, a few of the smaller flowers began to wither and the pedals began to fall off. I pulled out the empty stems, leaving the general appearance of the arrangement unaltered.

A couple more days went by and I noticed that some of the larger flowers were wilting. As I pulled them out, every last pedal fell off. They had been barely hanging on. After all the empty stems and pedals were out of the vase, the arrangement looked so different. The remaining flowers and twigs and leaves didn’t fit inside the vase like they had before. So I peeked under my kitchen cabinet to grab a different vase to transfer the flowers into. I chose a taller, round vase. As I pulled out each flower, twig and leaf, I noticed so many elements that I had missed before. The twigs that I thought were short were actually very long twigs that had been folded in half. Many of the smaller flowers were actually attached to the stems of the much larger flowers. And underneath it all, were a group of flowers I hadn’t even seen before—all wilted with barely any pedals left on them.

I transferred all the remaining flowers to the fresh vase. I placed it on my table and looked over its details. It didn’t look at all like the original arrangement. Not only were the flowers in different positions than before, but the unfolded twigs reached so far out that I kept I kept brushing against them as they hung past the edge of my table. 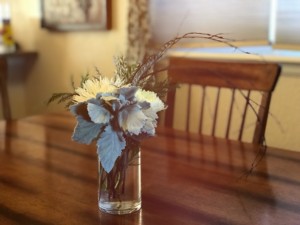 It was the same arrangement, and yet it wasn’t.

Watching that arrangement transform and evolve into something new felt familiar. It was exactly like my own grief journey.

The immediate days after my losses, my grief was dense. I felt like I was smothering. The days felt impossible to get through. I was heavy and empty at the same time. My heart was broken, my plans were shattered. My hope was shaken, my body hurt. I felt alone and lost and devastated.

After a few weeks, my grief transformed. A rhythm started happening and I started to discover what my new normal looked like. It was still heavy. But I carried it. Not easily, but I carried it.

And now, 6 years after my first loss, my entire life has been transformed. Grief is still a part of of how I live. Certain triggers, holidays or anniversaries bring me back to that place of sorrow. It reminds me of where I started and how far I’ve come. It shows me that I’m stronger than I thought and it pushes me forward.

Especially during the Christmas season, which can be especially triggering, I remember how much I love my babies—how much I miss them and how much I celebrate them.

My grief is constantly changing, constantly evolving. I ride in that beautiful flow. And while this Christmas will feel tender and raw, I will take in the beauty and make a decision to feel whatever I need to feel—no matter what that looks like.

And friend, please do the same. Give yourself grace. Allow yourself time and space to feel whatever you need to. We see you. I see you. You are loved and treasured.