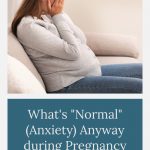 It is normal to be a little anxious about a first pregnancy: the sensations are new, it might bring up normal concerns about what will your parenting look like, and overall, it is a novel experience that you don’t have anything to compare it with as a reference. What is normal in a pregnancy after loss (PAL)? Certainly, the hallmark of a pregnancy after loss is anxiety so there is normalcy in that emotion within the context. 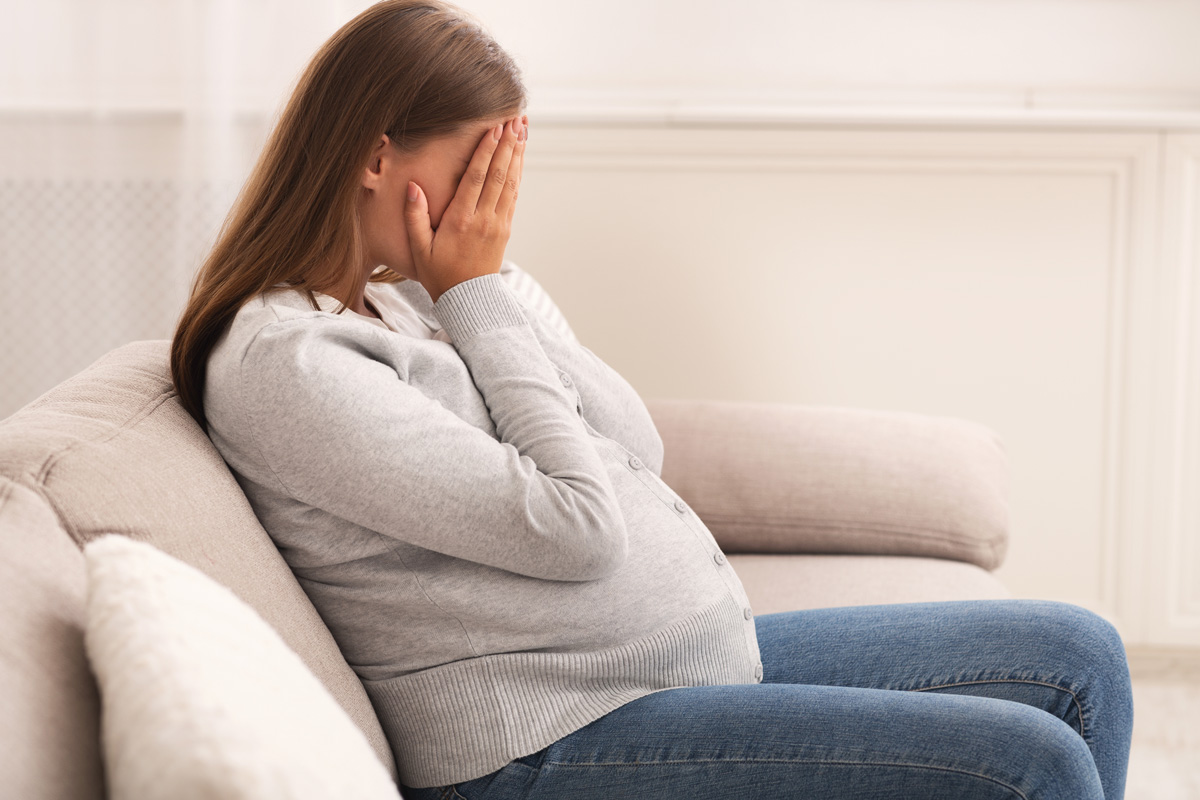 Is there such a thing in a PAL of too much anxiety?

This is a common question that I’m asked by potential clients: “I’m pregnant after a loss and I feel anxious. But I’m told that is normal. Should I set up an appointment with you?” My answer most typically is yes, so that we can get a sense of how anxious is anxious and so that I can identify with her the point where her anxiety is no longer normal within the scope of a PAL. A frustration that I have is that many physicians will react to PAL in one of two ways:

This gets us back to the basic question of what does normal anxiety look like during a pregnancy after a loss?

The majority of women will feel anxious, and these feelings tend to focus on the anxiety of “will this pregnancy work?” For those that had first trimester losses, this mostly subsides after the point of loss from the previous pregnancy and once the first trimester concludes. For women that experienced second trimester losses, anxiety tends to peak the same week of the loss from the previous pregnancy. Then, there tends to be a dip, and potentially a spike again as delivery approaches. For women that experienced a third trimester loss, anxiety tends to linger during the entire pregnancy. For all of these groups of people, anxiety is a norm and an expected feeling based upon the context of a previous loss.

What is then considered to be outside of the realm of expected anxiety?

When you are pregnant, and anxiety begins to impact your everyday functioning, it is now outside of normal. Perhaps this means that you are avoiding places and people. This in and of itself might be fine within the context of protecting yourself from anxiety, but if it means that you are spending a lot of time thinking about how to avoid situations or not following through on responsibilities, there is a problem. Heightened anxiety might also look like the inability to fall or stay asleep (and lack of sleep only exacerbates anxiety); implementing rituals or repetitive behaviors as a way to ward off anxious feelings (to varying degrees of success); continuing to experience peak anxiety after your loss week has passed (though often times, this is because of knowing support from others in the loss community and learning that loss can happen at anytime in many different ways); and losing relationships as a function of others not being able to manage or cope with your anxiety.

One of the double-edged swords of a pregnancy after loss is the feeling of control or lack of it.

People who have experienced pregnancy losses tend to over-analyze their previous pregnancy for hints as to why the loss has occurred and will then try to do the opposite. For example, many women believe that the drinks they had before realizing they were pregnant or the exercise they did contributed, if not directly caused, their loss. There are obvious changes in behavior that might occur during a subsequent pregnancy. One of the difficult realizations is that rarely are these types of attributions actually causal of the loss. The anxiety of not doing a certain behavior or over-analyzing the behavior when it is done (for example, exercise) can be anxiety-provoking in and of itself. Feeling like you are controlling an aspect of the pregnancy can temporarily relieve the anxious feelings, but can also be a cue for when there is too much anxiety if the feelings aren’t assuaged for long.

As it has been shared before, there are lots of ways to help manage anxiety during a pregnancy after loss. Distraction, exercise, mindfulness activities, journaling, talking are but some of the strategies. If it feels like your anxiety is not manageable, it makes sense to seek out an evaluation from a qualified and licensed mental health professional.