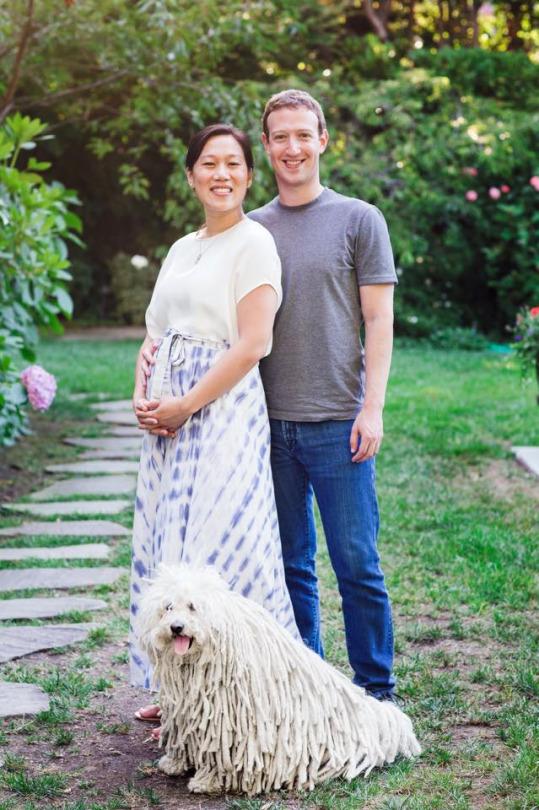 In light of Mark Zuckerberg and Priscilla Chan’s honest and moving pregnancy announcement last week on Facebook, pregnancy loss has been given the added recognition from mainstream media that it deserves. Zuckerberg’s pregnancy announcement was a beautiful example of the complexities that come with going through the challenges of a pregnancy after a previous loss. He eloquently describes the conflicting emotional experience of hoping and preparing for life when you now know it is no longer guaranteed.

In the community of perinatal loss, the experience is referred to as it’s own unique entity- pregnancy after loss, or the subsequent pregnancy. Mothers and fathers who embark on this journey have to make a daily choice to choose and believe in the hope of bringing new life into this world over the fear of another death of a child, all while simultaneously nurturing their grief as they continue to mourn their previous losses. It’s a confusing time in a parent’s life and last week Zuckerberg’s announcement expressed perfectly the complex emotions of concurrently being filled with joy and sorrow while anxiously preparing to give birth to another child.

Zuckerberg got the emotional experience right in so many ways–of encountering both pain and excitement, grief and joy–as he writes in his announcement,

“You feel so hopeful when you learn you’re going to have a child. You start imagining who they’ll become and dreaming of hopes for their future. You start making plans, and then they’re gone. It’s a lonely experience.” Combined with, “Cilla and our child are both healthy, I’m extremely excited to meet her and our dog Beast has no idea what’s coming. In our ultrasound, she even gave me a thumbs up “like” with her hand, so I’m already convinced she takes after me.”

However, no matter how moving and accurate Zuckerberg was when he bravely shared his and his wife’s past miscarriages with the world, there are some myths the media and even Zuckerberg are naively perpetuating with his announcement.

5 Myths & Facts about Pregnancy After Loss

Fact: In the U.S. 1 in 4 pregnancies ends in miscarriage.

Zuckerberg’s announcement helped to break the stigma around discussing perinatal loss by blowing up the internet and giving the pregnancy loss community the validation it deserves. He also acknowledged the hard road it can sometimes be to becoming a parent. Yet, one begs to ask the question: why did he wait until he and his wife were pregnant or farther along in this pregnancy to speak up about their losses? Why wasn’t he advocating for acknowledgement of pregnancy loss when he was going through it?

Fact: In the U.S. 1 in 4 pregnancies ends in miscarriage, and 1 in 160 pregnancies end in stillbirth. These numbers do not include infant death from preterm labor, diagnosis of life-limiting conditions, or SIDS.

While it is statistically more common for losses to occur earlier in pregnancy through miscarriage, there are still babies dying in the second and third trimesters of pregnancy as well as loss occurring within the first days and months of a child’s life. While Zuckerberg’s statement in his announcement, “Our good news is that our pregnancy is now far enough along that the risk of loss is very low and we are very hopeful.” is true, it doesn’t mean that they are ‘safe’.

Although Zuckerberg obviously chose his words carefully here, which I appreciate as a mom who experienced a full-term stillbirth of her healthy daughter, it still lends a false sense of security to those who believe that after the first trimester of pregnancy has passed, a living, healthy baby is a sure thing. Last week’s announcement by Green Bay Packers’ Andrew Qaurless of his infant daughter’s death at birth speaks to this point and is a sad reminder that there really is no “safe zone” in pregnancy.

3. Myth: When you become pregnant again after a loss, it gets easier.

Fact: After a pregnancy loss or infant death, many will experience grief, confusion, anxiety, guilt and fear of loss in a subsequent pregnancy, and a new pregnancy after a loss can activate a new layer of grief.

Zuckerberg impressively articulated the dance between joy and grief that expecting parents after loss often feel but cannot name. However, the media seemed to miss his nuanced message. Yes, there was overwhelming applause for sharing his acknowledgement of pregnancy loss and parental grief and then a quick, “congratulations” about their current pregnancy, but that is where the story seemed to end for those who are untouched by perinatal and infant loss.

In actuality, the grief can sometimes grow as your baby grows past a milestone your other baby didn’t reach. When that happens, confusion can set in, adding layers of guilt for carrying this baby, loving this baby, and thinking by doing so you are betraying your baby that died. Also, anxiety, and sometimes post-traumatic stress, can envelope you as you approach each day powerless and fearful that the unthinkable might happen again.

4. Myth: Only Moms are affected by Pregnancy Loss and Experience Stress During the Pregnancy After Loss.

Fact: Studies show that fathers are also affected by the emotional stress of a subsequent pregnancy.

Zuckerberg definitely got this one right. It’s refreshing to hear such honest and touching sentiments about pregnancy after loss from a father’s perspective. However, it is important to also take notice of the women who speak up to break the stigma about pregnancy loss on a daily basis on social media. It should not take a famous man like Zuckerberg to share his experience about pregnancy loss for the topic to make immediate waves in mainstream media.

5. Myth: A Loss Mom Will be Happy Once She Brings Home a Baby.

Fact: Women who are pregnant again after a loss are at an increased risk for postpartum anxiety and depression as well as having a difficult time of bonding with the baby born after loss even after having a subsequent successful pregnancy and birth.

Through no fault of his own, Zuckerberg doesn’t attend to this notion in his announcement as he and his wife have not reached this stage in their pregnancy after loss yet. However, it is still probably the strongest myth from outsiders looking in that is perpetuated about pregnancy and parenting a baby born after a loss – that a new baby replaces the old. In reality, bringing home a subsequent child does not negate the pain of the previous loss or replace a baby that has died; in actuality, it makes parenting after loss bittersweet and in some cases more emotionally difficult.

With statistics showing that 50 – 80% of women who experience perinatal loss become pregnant again within 12 – 18 months after their loss, pregnancy after loss becomes a maternal and family health issue. This issue  warrants recognition for what it is: a unique and often emotionally complex and stressful experience, where loss moms embarking on pregnancy again need support. Pregnancy After Loss Support, a community that recently arose to address this specific and often unmet need in the perinatal and infant loss world, utilizes  Zuckerberg’s creation, Facebook, to validate and support the pregnancy after loss community. Our community experiences first-hand what Zuckerberg hopes in his genuine pregnancy announcement, “In today’s open and connected world, discussing these issues doesn’t distance us; it brings us together. It creates understanding and tolerance, and it gives us ho

Pregnancy After Loss Support agrees with Zuckerberg’s statement and believes that through the combining powers of social media, education and heightened awareness of pregnancy loss and pregnancy after loss, we can help promote health during subsequent pregnancies to ensure safe and healthy deliveries of subsequent children.

Zuckerberg states that he, “hopes that sharing our experience will give more people the same hope we felt and will help more people feel comfortable sharing their own stories.” We couldn’t agree with him more, as an important aspect in the healing journey of pregnancy after loss is knowledge that there are resources available and others to turn to for compassion and guidance during this complex emotional time. This is where Zuckerberg really got it right.