Expecting but not Pregnant after Loss, Week 9: Our Journey to a Gestational Carrier after Loss 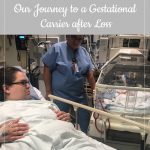 Like so many of us, I always had this vision of meeting a guy, falling in love, getting married, deciding to have kids and having kids. Isn’t this the vision we constantly throughout our lives? So as Mark and I turned a good friendship into something more (check), fell in love (check), got married (check), I figured I was on the right path, the right journey. Kids would be next and would come along naturally in much the same way everything else did.

Boy, was I wrong! Instead, the journey to kids has been filled with repeated cycles of negative pregnancy tests, tears, frustration, anger, hormones, miscarriage, bedrest, c-section, premature birth, and loss of our daughter at Colette at nine days old. 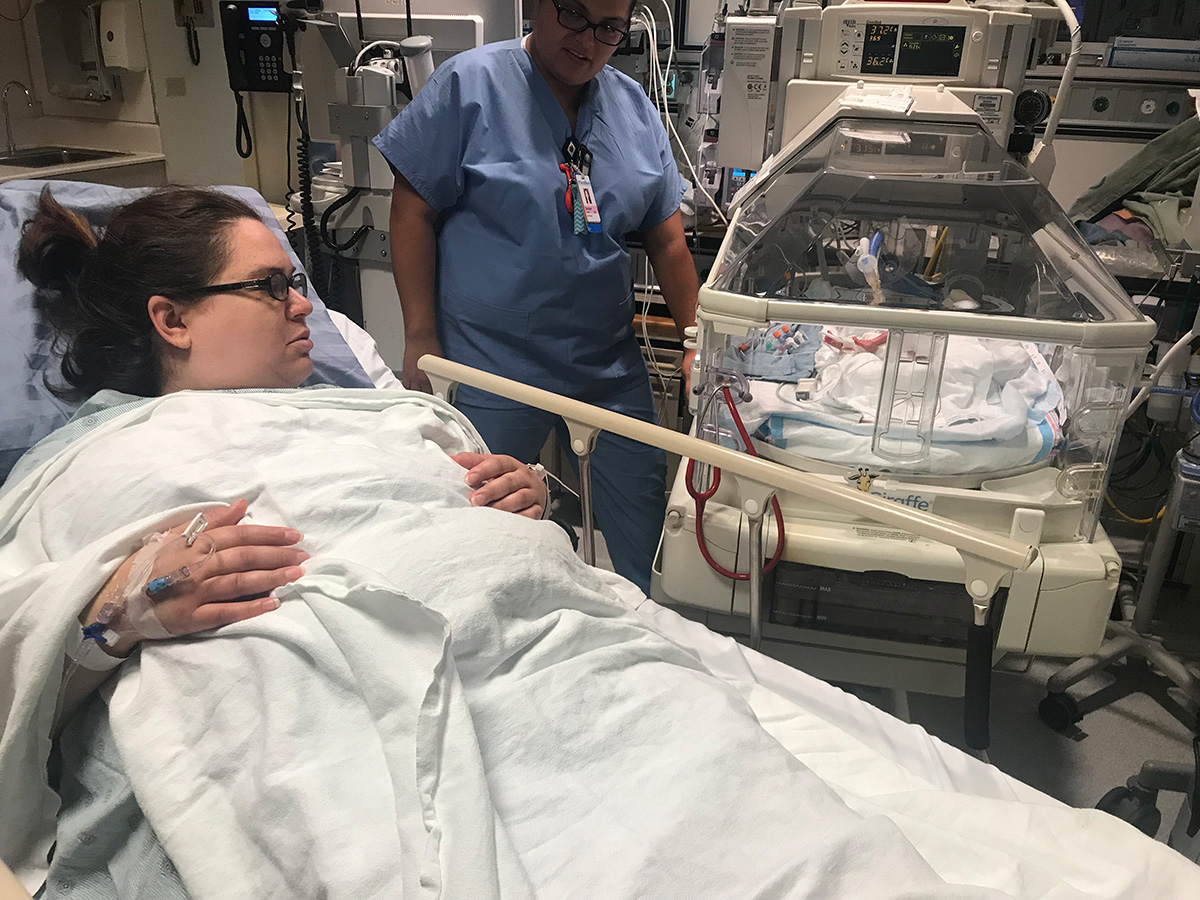 So where are we now in our journey to bringing a child home?

We have been at this for more than three years, have been through multiple fertility treatments, two doctors, been pregnant twice, miscarried in two parts, one particularly scary, given birth, had a child in NICU, had a child die on us, and still desperately want to bring a child home. Oh, and the thought of being pregnant again scares me on a level I never expected.

After we lost Colette, my husband Mark and I discussed what we wanted to do next in terms of kids. We talked for a long time and still could not make a decision we felt comfortable committing to, so we did the natural adult thing and kicked the can down the road—I would go on birth control, we would take time to research, see how we felt, and then regroup. I went in search of an answer—what was the problem and how do we fix it? This has always been one of my strengths—getting to the root of the problem and then saying okay, how we can do this differently—as well as one of my needs. There has to be an explanation for why all of this has happened.

Wrong again! All the tests came back with no issues or problems, and the game plan for a new pregnancy was not all that different. Maternal fetal medicine talked to us about taking baby aspirin daily, more monitoring, non-stress tests, and some other additional imaging, but most of that started at week 28. I had not gotten to week 28 in either pregnancy, so what did that mean? Was I really prepared to do this again, knowing firsthand the worst possible scenario and that there was nothing different?

So, we decided to try naturally for a few months, hope, and then if no pregnancy, we would go back to do another round of IVF.

Again, in my efforts to figure out a solution and better plan, we went to another clinic for a consult. Once again, a very nice doctor talked about how he would essentially follow the same plan as what had previously worked with my pregnancy with Colette, only including a daily baby aspirin. We went back to our original clinic with a doctor we loved and comfortable surroundings. But, again, there really was not a whole lot of change, there was some slight modifications planned for the hormones, the famous baby aspirin, and blood pressure monitoring, but otherwise repeating the same process and hoping the results were different.

Since we still very much wanted to bring a child home, we took the plunge and tried IVF again. But, my energy, focus, desire had all dwindled. I dreaded the drugs, got so mad over side effects, hated the way I felt, and had this nagging feeling that it was going to end up with the same outcome and I was helpless to stop it. I felt like I was on a roller coaster that I got on solely to remain cool in front of friends, and then right as you get to the top, in the mere seconds before you plummet, you think why am I doing this as you fall yet again. We went through our now fourth round of IVF transfer and waited.

During the waiting period, I always knew I was not pregnant. I tried to play around with the idea, even tried to buy into my husband’s excitement, convinced that I was pregnant. But, sure enough, when the doctor called to tell me the test was negative and to reassure me, I was totally calm. What I had realized during the wait was I was so scared to be pregnant again, that I would have the same outcome, or what the impact of another pregnancy would have on my own health, both short term and long term. Even if this next pregnancy turned out to be uncomplicated, would all of this have such an effect on me that it could prevent me from being the mom I wanted to be?

I wanted so much to have a child at home, but whenever I pictured myself pregnant, I felt almost frozen in fear.

I hated myself for thinking that. When you have always known deep in your soul that you want children, how can you start even thinking of not getting pregnant? I spent so much time in inner turmoil, thinking about how horrible of a person I was. How did I not appreciate my life and the ability to mother a child?

I struggled with this, not even sure how to say it out loud. One day, it finally seemed as if I was being given the answer, fortuitously in a PALS Meet-Up. One loss mom talked about her decision to adopt and another talked about her decision to use an egg donor. I marveled at the strength of these women to say this is not working for me, I still want a child, and another path is the best way for me to reach that goal. Here, I had been struggling with alternatives to pregnancy because I thought that making that choice made me a bad mom, a selfish woman, but hearing these two incredible women talk about their plans, all I could think of was how brave they were, what amazing moms they were to say I am giving up a part of the process for the best outcome for my child. So, if I could say that to another mom, why could I not say it to myself?

After that meeting, I started to feel comfortable enough to tell people what I was thinking, starting with my husband.

I told him that I did want a biological child and since we had always done well with creating good embryos, that I thought we could use a gestational carrier. My husband seemed surprised since I had previously said no way to the idea of gestational carrier. But, he also admitted his fear of me being pregnant and talked about just how scared he was when I was hospitalized. Then, when I started telling very close friends, my therapist, my acupuncturist, the most interesting thing is that no one deterred me, no one told me that maybe I should reconsider. Everyone was so supportive and as I said it more, I really started to feel more comfortable with the idea.

I will continue to talk more about our journey and the process in the future, but will say that we found an amazing gestational carrier who is newly pregnant. It is surreal, it is exciting, it is terrifying, but we are currently expecting a baby next summer with someone else carrying and delivering our baby. We are pregnant without the extreme anxiety I would have if pregnant myself. Our journey to bringing a child home has never been easy, has felt like a long and winding road with lots of obstacles and detours, but it feels like we found a newly paved road that has some similarities, but a different look and that we hope will lead us to our ultimate destination. I look forward to sharing our new journey with you.