Expecting But Not Pregnant After Loss, Week 38: It Feels Surreal 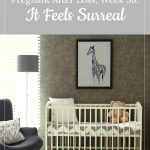 38 weeks. We’re here, at a point in our lives that has seemed so impossible, so far out of reach that I couldn’t even imagine what it would look and feel like. Even now, the moment we’re living in while waiting and what we hope will be a healthy delivery and a child that we get to bring home, feels surreal. 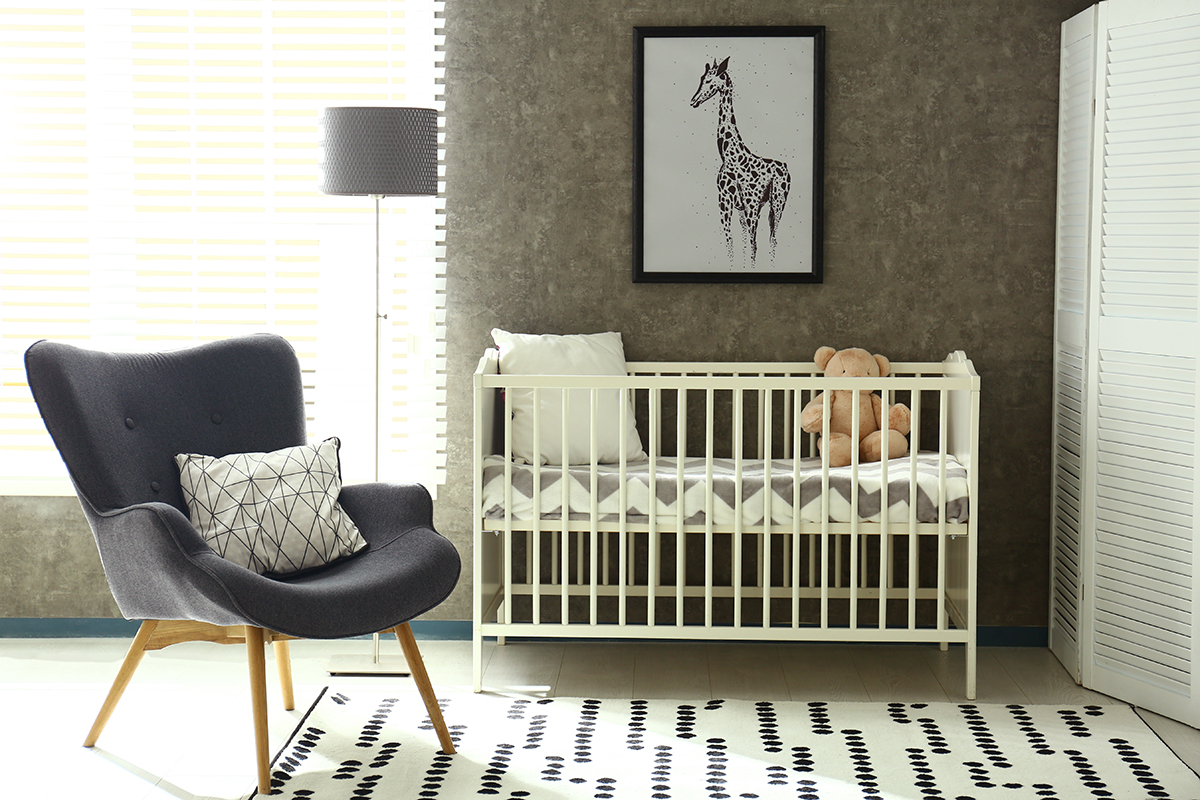 Surreal. I feel like that’s one of those words that I learned, but I didn’t always understand what it truly means, that is, until we were on this rollercoaster ride of becoming parents, of bringing a child home. As much as I really try to imagine LL Cool T home with us, it still feels like this mirage, this hypothetical part of our story. While some of this does stem from the very nature of using a gestational carrier and so not seeing and feeling my own body change, a lot of it also stems from the protective shields I have put up so that we could continue on this journey and not lose our minds (at least not entirely).

When you have spent years focusing and struggling to get pregnant, to stay pregnant, and then to have a child that survives long enough to come home, the concept of a baby being in your arms and in your home seems wildly out of your control. You begin to question everything, from what is wrong with you and/or your partner to whether any of the struggle is worth it at the end.

Years ago, long before I met my husband, one of my dearest friends was dealing with her own struggle of infertility.

I was one of very few people who knew about everything and so we went out for drinks one night and she turned to me and asked me, “Do I really want this child or am I just hunting for and wanting ‘the win’?”  I was taken aback by her question because I knew her and I knew just how badly she wanted to have a child, as well as what a fantastic mother she would be. I comforted her, telling her that I knew she wanted a child and that while she might be hoping for the proverbial “win,” she also really did want to be a mom.

We talked that night and then continued to talk through the rest of her infertility process as well as then through mine about what it was to be a mom, why we both really wanted kids, and how frustrating it was to want something so badly and have so many roadblocks in the way—roadblocks that we couldn’t move simply by working harder or doing better or any of the techniques that we had used throughout our lives.

That one conversation and all the multitude of conversations we have had since on similar topics come to mind now. Saying you want to have a child and starting the process to have one seems simple and straightforward. For those who get pregnant fairly easily and then have a child that is healthy enough to come home, they probably never think again about the pathway. But, for those of us who struggled through various forms of loss—infertility, miscarriage, stillbirth, and infant loss—the pathway is not direct and so the end goal of having a child that goes home becomes a fantasy that seems unattainable. (Side note: my friend went on to have two amazing kids and she is a phenomenal mom, even more so than I could have ever imagined).

But, that seemingly unattainable goal seems to be inching closer and closer to reality as we get closer to LL’s due date, yet that reality still does not seem real.

I still cannot picture having a child in the way I did throughout our journey prior to losing Colette, and I still leave a piece of me in the world where this does not have the outcome we so long to have. This is not to say that I expect something to go wrong or that I am not 100% in on the excitement of LL’s arrival, but it is a response I have developed to protect myself.

When we finally got pregnant the first time, I remember thinking okay, so now we’re good, only to be met with the words of you had a miscarriage, so I adapted for the next time. With Colette, when we were officially in our second trimester, I thought okay, so now we’re good, only to find a high blood pressure reading and a diagnosis of preeclampsia. After Colette was born, albeit early and small, she survived with such might that I thought, we have a long road ahead, but we are good, we have our first child, only to have that proverbial rug pulled out from underneath me days later.

So, now, as we inch closer to the reality that we may be achieving the goal we set for us four plus years ago, it still seems out of reach and surreal.

There is nothing to indicate that the next couple of weeks will be rocky or that there will be any issues, yet we have lost the ability to rely on any of it coming to fruition. Living in both the joy and the fear is a complex tightrope, one that is not easy to walk and that brings up very complex emotions, yet one that we as parents have to walk. We revel in the excitement and joy of LL coming home and living in the nursery we are still finding difficult to complete, but also fear another rug being pulled out from underneath us. We love LL so incredibly deeply that it astounds me and also are so protective and scared. While these next couple of weeks will probably seem like an eternity, we are so excited and will be placing a rug down in your room, one that we hope will stay in place for years to come.