Expecting But Not Pregnant After Loss, Week 28: Let’s Connect 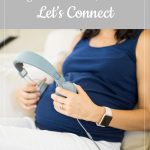 Connection. I feel like it’s the word of the day in the midst of this COVID-19 crisis, that we are trying to figure out new ways and ideas to feel connected to each other but to still practice social distancing and quarantine. It has caused us all to be creative and I love to hear about all the ways that people are still trying to build community and reduce isolation.

But for me, while others may think that working at having that connection is a new idea, I feel like I’ve been struggling with how to connect and becoming creative with it for a long time now. 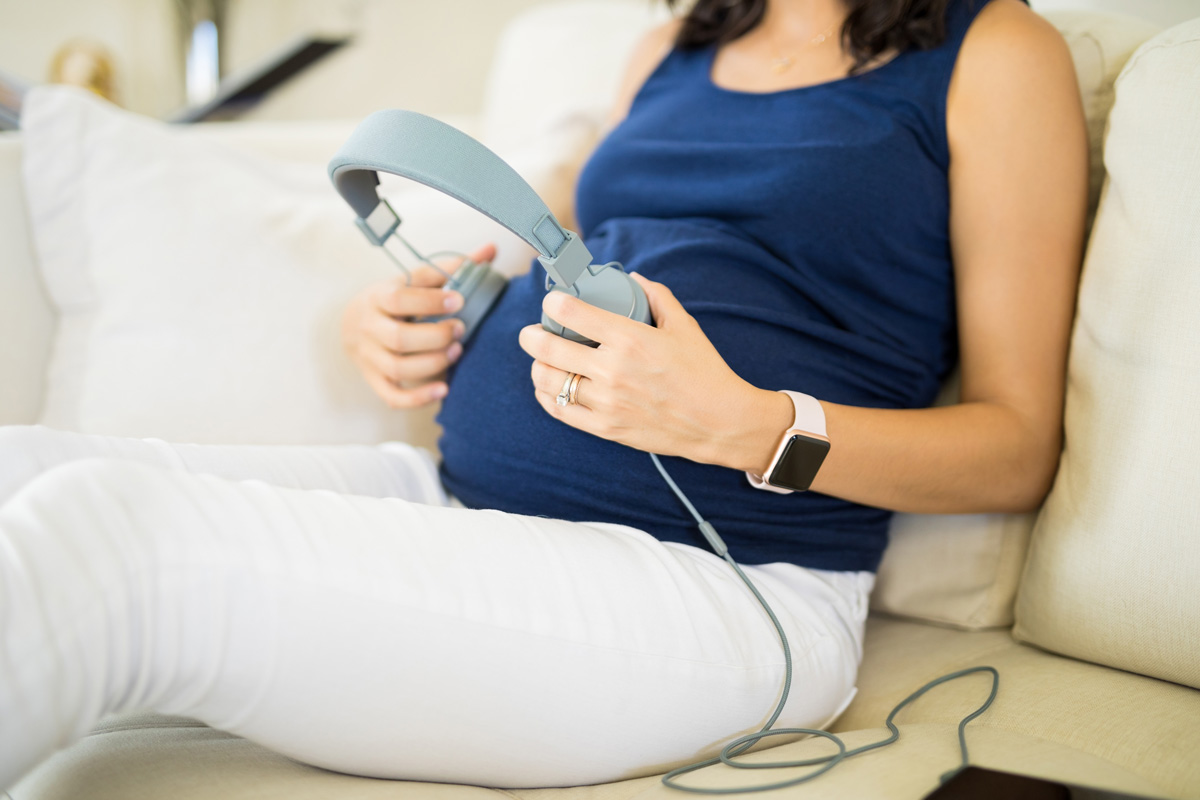 When I finally began admitting to myself that I was in such fear over being pregnant again, one of my biggest hesitations was how I would connect with our baby, how that bond would be formed. Even though I only had a short time of being pregnant with Colette, I had gotten used to being able to talk to her, to feel her move, to know what it was that seemed to cause her more movement and what seemed to cause her to be more peaceful. I talked to her regularly and while I was pregnant, she became my little secret buddy that no one else could see or feel without the help of medical devices. And that connection allowed me to know we were having a girl, even when we were not finding out the sex. I remember Mark and I having an argument over names because Mark kept saying we need a boy’s name and I would say no we don’t, this is 100% a girl.

The thought of not being able to have that connection felt like such a loss. As I worked through this and as we got on board with the gestational carrier, I constantly tried to look for ways of connection.

That connection became even more of an issue because I wanted to still feel like Colette was connected to us and to her baby sibling. I wrote previously about how we made a point to visit Colette the morning of our embryo transfer, to tell her that no matter how many more children we had, she would always be our oldest, our firstborn, and would be just as much a part of our family as any other children who came home. We asked her to do what she could to watch out for us, for G, and for her baby sibling. I was thrilled then to see the ultrasound picture after the transfer where a small heart was above where the embryo was placed. I immediately felt like my two children were connected, because although Colette is not here physically, she was sending me the message that she still connected with us and with our LL Cool T.

After we found out that we were pregnant, I went through a big feeling of loss of carrying. As excited as I was the transfer had worked and that everything seemed to be on track, I could not help but question our decision because not carrying our child meant that I would not have the same automatic connection with our baby. I would not be the pregnant mama sweetly whispering to her baby, I would be the crazy woman talking to herself. I would not get to feel baby move and stretch and kick. I worried about whether or not I would be able to bond with LL immediately or if it would take time, or if we would never be fully connected. I mourned the loss and feared the uncertainty of how this pregnancy would progress, both as the pregnancy itself and as the impact for years to come.

I was lucky to talk to another mom who had also chosen to go the gestational carrier route and felt that connection with her. This was a tough choice, we were both moms who had gone through hell, done so much to our bodies, and then made the incredibly difficult but also very brave decision to go with someone else carrying our child.

After that conversation, I continued to find ways to feel connected to this pregnancy.

One night around 20 or so weeks, I felt the same sensations I had felt with Colette when she moved. I remember thinking, wait, that was odd, and wondering if I just had had an intense dream or out of body experience. Then, it happened again and I thought I was losing my mind. I quietly went to bed and thought okay, so now on top of everything, I have to worry about myself as well. Then the next day, G texted us to tell us that she had felt LL Cool T move for the first time the previous night. Right away, it felt like wow, I can be the parent, but not the carrier, and still have this bond with our child that I am not physically carrying. As soon as I saw the text and the realization that on some level, I experienced the movement too, I responded and G told me, well, you are the mom. Again, connection with a fellow mom and with my unborn child being carried by someone else.

We have continued to struggle with connection. When this COVID-19 quarantine hit, we had had plans to take G and her partner out for lunch, to foster that relationship, and our closer connection to baby. That, like so many other connections, got taken away or trampled on and modified.

We found a bunch of baby books that we had bought Colette and that others gave to us and so now we nightly read a book together to LL, record it, and share it with G who uses belly buds on her stomach so that baby can hear us reading. G reports that baby moves a ton when hearing us on the belly buds and again, it’s fantastic because it feels like distance may separate us for some time, but at least we are connected in those moments.

And for me, I had another instance of feeling the physical connection to baby. One night, a week or so ago, I was not doing anything of particular note and felt this sharp pain in my stomach, all of a sudden. It was the kind that had me yelp and then it was done. I dismissed it as just some sort of weird pulled muscle, some reminder that I’m in my late 30s.

But, a couple of days later, G texted us to tell us that one of LL’s kicks had been so hard that week that she actually screamed out “Ow!” Again, connection, or what I am choosing to be a connection that we on what I believe was the same night, both felt something inside our bodies that was from LL.

Plans we may have had for how the remainder of this pregnancy would go, how we would be close enough to drop off meals or go and sit to feel the baby move or spend some time together cultivating a new friendship have all gone out the window. It is entirely possible that we will not really get to see G, other than from afar, and that the remainder of our appointments will be us being away, connected only by phone, until the delivery. And with the delivery, it is possible that it will only be one of us who gets to be in the room.

Just like all of our plans have been derailed at this unprecedented time in history, we have struggled to find those connections, those things that keep us from feeling so alone and isolated, the things that we have lost, the plans that have been thrown out the window or put aside because of the world we’re in today.

But, those have also been great openings to worlds where we can connect virtually or more often than we did, or in the most creative ways possible. Focusing on how to turn these negative situations into positive connections will keep us all feeling connected and part of a community. In the meantime, I am leaning in to appreciating the weird feelings I do get and figure those are my connection to LL Cool T.