Expecting But Not Pregnant after Loss, Week 27: Birthdays are Tough 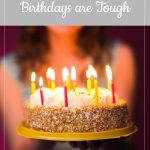 I turned 38 this week. As we all tend to do on birthdays, I have been thinking a lot about past birthdays and the future. 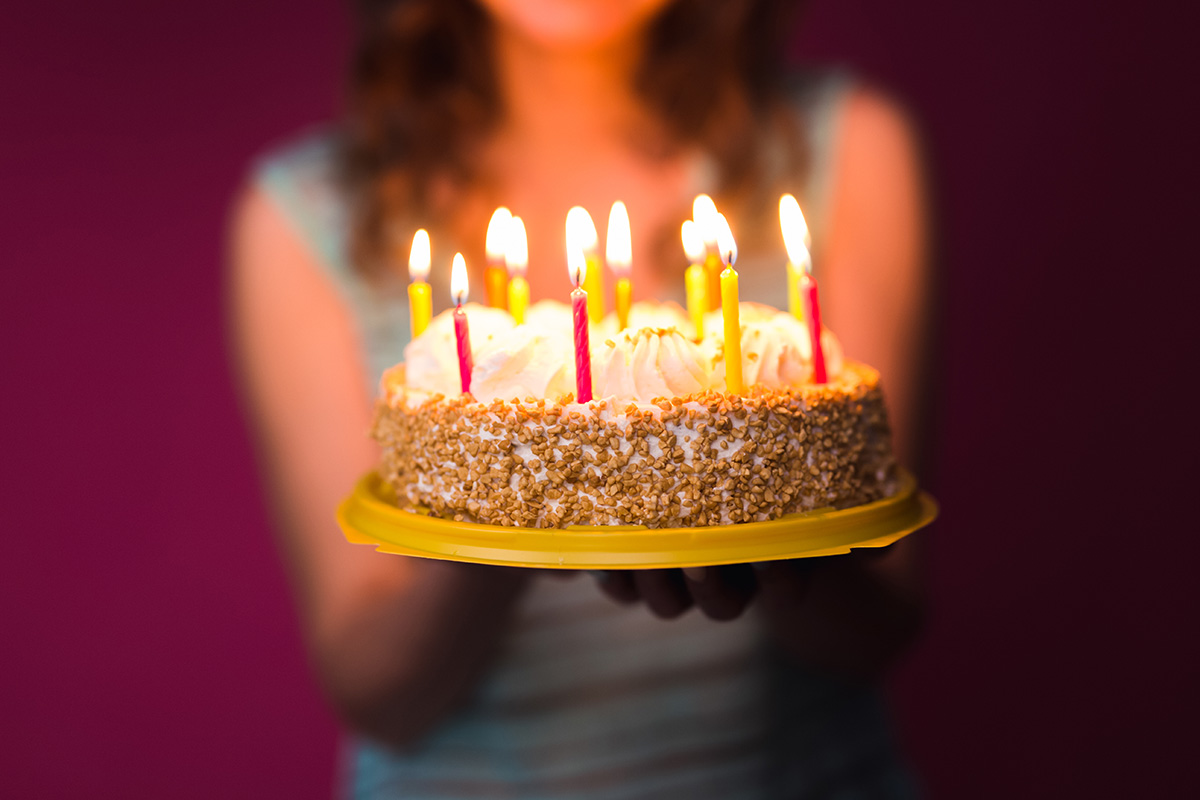 When we made the decision to officially start trying for kids, I was just barely 34.

I felt great. Yes, the societal view of conceiving and being pregnant at 35 or older certainly hung over me like a dark cloud, but I did the best at trying to look for the sun. I assumed at that point that I would have a baby by 35 or closely thereafter and would have knocked one off the list and then could take on having another baby a year or two later.

Ha! You know that saying about if you want to make God laugh, tell him your plans? Yeah, that proved true. The world moved on and so many good things happened: our beloved Cubs finally won the World Series and we celebrated, we bought our house and made the very grownup decision of moving to the suburbs and finding a house in a family-friendly community with good schools. Months ticked by, periods came, tests were taken, and we never saw that second line. We started with fertility treatments and continued with the negative tests.

For my 35th birthday, Mark surprised me with a trip to baseball’s opening day in St. Louis to see the Cubs, fresh off their World Series win, play. We loved the trip, even as I battled a cold and took hormone shots and pills. We talked about how we couldn’t wait to bring our child to Cubs games, of our own memories of growing up. It had to work this year, right?

Just a little over three weeks after my 35th birthday, we did our first round of IVF and found out I was pregnant.

We were so excited! This was it! Sure, it was a little later than I thought, but it meant that before I turned 36, we would have a little one! The first few weeks were tough, I was always so exhausted, I could barely function working and coming home. Then, one Friday, I went to the bathroom at work and saw I was bleeding. I found myself in the bathroom, composing myself to not look like I was devastated, and then going into my office and calling the doctor. And shortly thereafter, that simple feeling of joy was sucked away—I had lost our little Sweet Pea.

We took a moment of time off, but I was ready to jump right back to trying. I knew we could do this, I was stubborn, but I also was starting to feel like I was running out of time. The miscarriage now meant that I was likely not going to have a baby before 36 and I didn’t want to keep pushing back the timetable. At this point, to say my biological clock was ticking was underselling, the damn clock would not stop beeping.  Everything made me think of where we were and where I thought we’d be.

We tried a second round of IVF that didn’t work and sobbed. Somehow, going into the second round of IVF, I had never expected it not to work. I got pregnant before, so this second time was going to be a walk in the park. Again, ha!

We switched doctors, diets, vitamins, and acupuncturists. We were going to make this time work. Then, we got pregnant again on our third round! Okay, another readjustment. I will be 36 when this baby is born and this will be good. My pregnancy with Colette was tough, I could barely keep anything down, I was exhausted, pregnancy brain was real. But, we made it past the point where I had miscarried before, we made it past the first trimester and cheered. We publicly announced to everyone that we were expecting a child and everyone cheered with us.

For my 36th birthday, I was in my second trimester.

I was feeling better, but still dragging and still fighting morning (or rather all day) sickness. It was exciting to think that by the time my next birthday rolled around, we would have a child to celebrate with. I started to think of my 36th birthday as the last birthday that was just about me.

About a month later, life surprised us once again and I ended up in the hospital, just hoping to keep baby cooking as long as possible. After three weeks of being confined to a hospital, I finally got to have the baby that I had been trying for so long to have. Our gorgeous Colette came out and we were so excited. Okay, the plan had not gone at all the way we expected, but we had our first child with us finally!

As I’m sure you know from previous posts, our first child did not get to come home with us. After nine days in the NICU, Colette’s little body and her tiny lungs could not go any further and she gained her angel wings. We had finally gotten what we wanted, to then have the rug pulled out from under us, to learn the lesson that we never wanted to learn—that sometimes babies do not come home. Apparently, we needed to be more specific in our wishes next time.

We grieved Colette and still do today, but also knew that we were not ready to give up on having a child that could come home with us. We continued to try and went back to do our fourth round of IVF a little over a month before my 37th birthday. That round failed and I asked for a break, for some time to figure things out before trying again.

My 37th birthday came with its own struggles.

It was on my birthday that I went to the doctor’s to be officially put on blood pressure medication because the leftover effects of preeclampsia, as well as my terrible family history on this issue, meant that my blood pressure had been skyrocketing. It was also at this time that I was dealing with my internal struggle of the overwhelming fear of being pregnant again as well as the guilt of feeling like I was giving up on something we had wanted for so long. At the time of my 37th birthday, I had not been brave enough to say the words that I struggled with, to share how I was so scared to be pregnant with anyone else and so they just lodged in my head. Luckily, a few weeks after my birthday, I finally felt comfortable enough to begin to say these things out loud and to explore other pathways to bringing a child home with us.

We again are expecting a child, but are further along in the pregnancy than we have ever been. Baby has been super healthy, everything is going well, and up until a few weeks ago, it felt like 38 was shaping up to be an exciting birthday. Then, the Covid-19 pandemic hit and turned the world into its own out of control, uncertain self. We don’t know if only one of us will be allowed in the delivery room, we don’t know what delivery or LL Cool T’s first weeks and months will look like. We know that right now, we are not allowed into the OB’s office, and instead will only be present for appointments via Facetime and the phone. It’s tough to live in this uncertain world, especially when it feels like we’ve been here for so long.