Expecting But Not Pregnant After Loss, Week 23: Get Me Off this Rollercoaster! 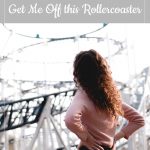 I hate rollercoasters. I always have. Maybe it’s the Chicago girl in me, but I like being on flat ground. Put me on a rollercoaster and I feel completely out of control and just am waiting until it stops, until I survive and get back onto solid, flat ground. So I avoid rollercoasters all the time. How ironic then that this whole journey to parenthood—the infertility, the IUIs, the drugs, the IVF’s, the losses, the path changes have amounted to one giant rollercoaster with twists and turns, a rollercoaster that I so desperately want to end. 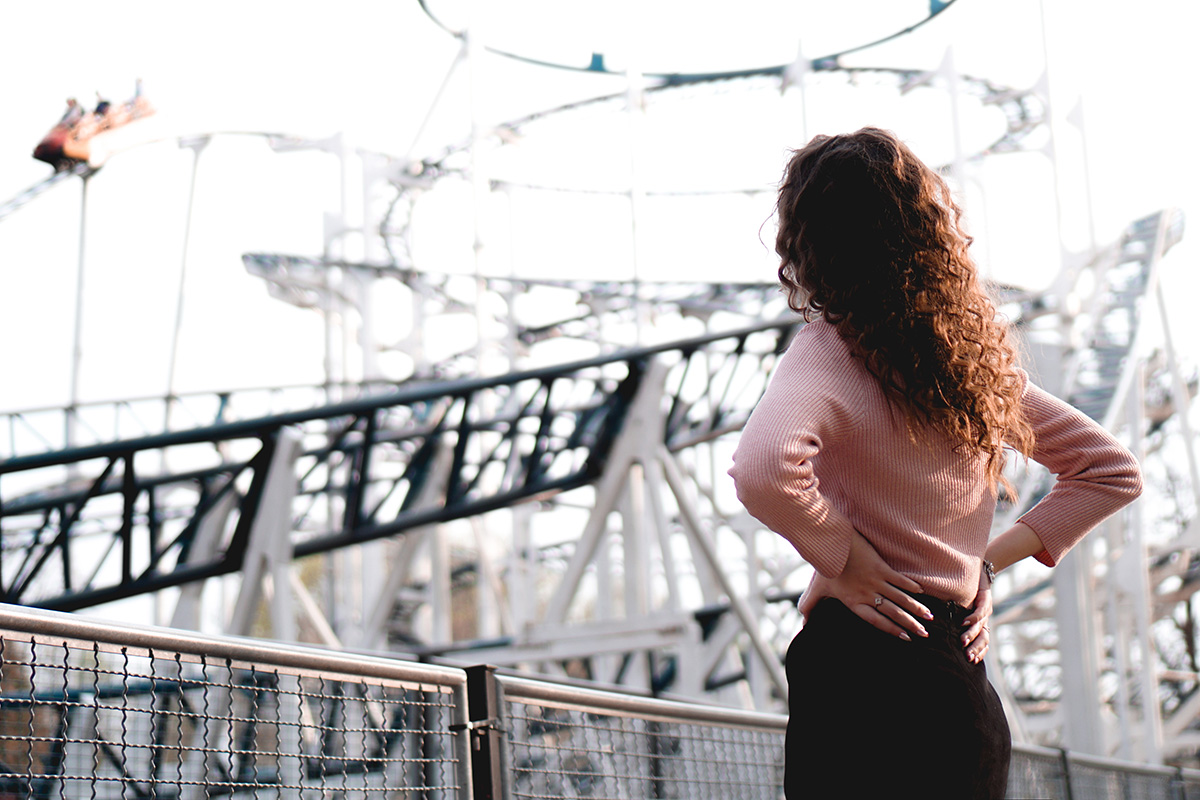 We’ve made it past one more scary milestone. By this point in Colette’s pregnancy, I was already in the hospital and we were anxiously checking off each day that brought us closer to the beginning of viability and then for as long afterwards as we could do.  This time, we’re not yet at the viability guideline of 24 weeks, but we are past when I was hospitalized.

At our last OB appointment, two days before 22 weeks, I was definitely on edge.

This was the critical time for me—the time where a standard OB appointment was anything but and I found myself in the hospital for an undetermined period of time. As we went back, G was sent back to leave a urine sample and I could feel my internal checkbox of oh, good, they’ll check for protein to make sure everything is okay. Then, her blood pressure was okay and again, another release of breath, and finally, the heartbeat which was healthy and normal. It was a very short appointment, with a signoff that everything was good and instructions to come back in four weeks. As Mark and I got back in the car, he said to me, “Is it crazy of me to be worried that everything with that appointment seemed too easy?” I laughed and said, “Yeah, I do not blame you.” Because at the end of the day, even something being easy feels like a reason to panic. There is no easy, there is no good, there is no normal, it is just treading water every time.

Every appointment, every milestone checked off, I have this hope, this desire to just be able to coast and enjoy the ride, but at some point, it comes crashing back down and the fear and panic set back in. This emotional rollercoaster feels like there is no actual course set, just a series of winds and turns that drag you along, but with no direction and no explanation.

The same OB appointment that was seemingly all sunshine and rainbows over G and our pregnancy also brought with it a surge of emotions.

G brought her young son who I did get to meet once before at a fertility appointment. He was so cute and it warmed my heart to see him being an adorable kid and even more so, seeing Mark with him. When he got antsy (little G, not Mark), Mark offered and took him for a walk up and down the hall. Then, when the doctor was coming into the room, Mark picked him up and held him during the exam. I have always said that anytime I have seen Mark with a kid, I fall in love with him just a little bit more and this could not have been any truer. He looked so natural, so at ease, like he was born to be a dad. I was so overwhelmed by love for him at that moment.

Quickly after the surge of love for my husband, I then was consumed by guilt—guilt that I have not provided the child he so clearly deserves. I tried to dismiss it out of my head and as soon as I was getting close to that point, the doctor began asking G about her son. Although I knew his birth date and general age before that point, the feeling when she said he was almost two years old with a birthdate just a few weeks after Colette was born was like a punch in the gut. I looked at him with thoughts of this should have been Colette, with anger about why is it that this child is here and healthy and mine is not. Why is it that this mom, this woman can have kids easily and handle carrying our child and I cannot seem to get or stay pregnant or have a healthy child myself?

But, at the same time as the anger feeling, I could not help but look at little G and be overwhelmed by a feeling of amazement and wonder.

When you lose a child, it is not just the loss of the child as he or she is, but the loss of the future, of what could have been.  Every time I see a kid that is around the age that Colette would be, I wonder what she would look like. Would that blond hair of hers have continued to be almost white blonde like Mark’s was when he was young or a slightly darker shade of blonde that got lighter in the sun like mine? Would her long legs have made her into a flexible kid who wanted to be a gymnast? Or would her having long fingers meant that she was more attuned to a life sitting at a piano or with another instrument in her hands? Would she be talking up a storm now like her mom was or would she be more quiet and pensive like her dad? All of these questions swirl around in my head and as I looked at a child not much younger than Colette. I felt the impact of the loss, of the questions that would always go unanswered and the future that would never be complete.

As the appointment went on, the mental checklist I create before every appointment or milestone was fulfilled once again—blood pressure was good, no protein, healthy heartbeat, good movement by LL Cool T.

Living in fear that the other shoe is going to drop and feeling like I am holding my breath all the time with slight, little releases of breath for a minute or two is exhausting, but the rollercoaster of emotions is even exhausting.  I am trying to enjoy the ride, but honestly just waiting until the ride comes to an end and we finally have a child at home with us.