Expecting But Not Pregnant After Loss, Week 21: Relief and Joy…then Panic and Blame 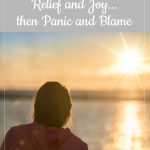 We are officially in the second half of this pregnancy and I swear it feels like we have been through the equivalent of about four pregnancies. The fears, hopes, worries, and all the other emotions I expected heading into the 20-week ultrasound were all there and still remain, although they are different now.

Everything is good. There is nothing concerning. Baby is measuring right on schedule with no signs of any sort of birth defects or genetic abnormalities. We got to see really amazing views of LL Cool T who apparently sleeps a little like dad, on the stomach with arm strung across the face. It was an amazing experience, to say the least. 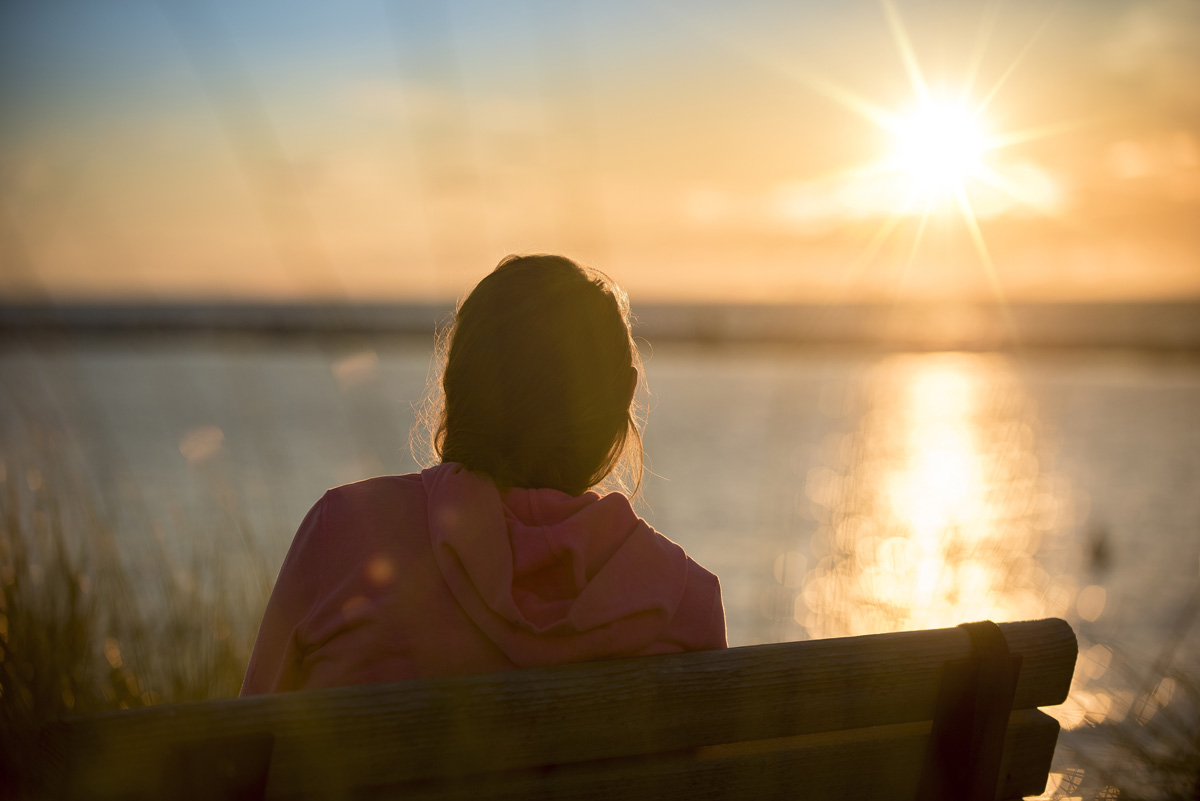 Mark and I walked into Maternal Fetal Medicine hopeful but apprehensive.

We noticed two things almost immediately—the department had undergone a renovation since we had last been there for a pre-conception visit after losing Colette and wanting to try again and since we had been there for two ultrasounds with Colette; and the first doctor we saw was McScary. Mark said, “Oh, dear God,” and I laughed, shaking my head, saying you knew this was going to happen. We sat and waited for G.

After what seemed like an interminable amount of time (yet one of the many problems with waiting for another person), G arrived and we went in. Whether the remodel has changed things around enough or I have completely blocked everything out, nothing in the back looked familiar. I know for sure that the room we entered was not a room we had been in before and that we had a different ultrasound tech. Very quickly into the ultrasound, you could see just how great everything looked for LL Cool T and just how different it was from Colette’s ultrasound where they could never get the best angle or view. Of course, that was because LL is measuring right on schedule, whereas Colette always measured small.

To say that I needed to know LL was measuring on schedule is an understatement.

I quickly realized what it looked like when tech was going to measure and focused on the bottom right-hand corner to see what the calculations came out to on the screen. Every time it flashed anything between 19 weeks 5 days (the lowest calculation) and 20 weeks 3 days (the highest calculation), I could feel another release of breath. Though this is our third pregnancy, these are the best ultrasound photos we have and in terms of overall photos, only take a back seat to the few pictures we have of Colette alive during her short nine-day life.

It was an amazing experience to see all of it, to feel like this pregnancy really is different, that the changes we made were the right ones to make, and to actually begin to feel like this child may be healthy enough for us to take home. Every time we heard things like, that looks normal, that looks just like it should, no issues, that looks good, it was more confirmation that the ever-present “other shoe” would not be dropping right now at least. After the tech finished, she said the doctor would come in and it was not McScary.

The doctor, McNotScary, came in and took down some information and also went through a scan of the ultrasound as well. He confirmed that everything looked good and that all the steps we had taken—genetic testing of the embryos, testing during pregnancy, and the ultrasound brought the risks down significantly. He said he saw no reason why this would not continue to be a healthy pregnancy and healthy baby. He said that G continuing to cook this baby would go well.

He then said, do you have any questions. Umm, sure, doctor, about a million.

I told him that this was our second child, that we had lost our first child at nine days old, and that I had developed preeclampsia which caused premature birth. He asked for more details and as I explained our story to him, I may have sounded confident and put-together, but inside, I might as well have been a small child, asking for her parents to promise that there were no monsters in her room. Sure, I knew the medical jargon and the right questions to ask, but honestly, what I was really asking was is my baby okay, can you guarantee that my baby will continue to be okay, can you tell me with certainty that my baby will survive and come home with us.

I know that no one can guarantee any of this so I did settle on him saying that he had no reason to think the same things would happen, that changing the “maternal” or “carrier” portion was enough to change outcomes. His whole demeanor and his words seemed to tell us, look, this is not that pregnancy, this is different, things are good, and we so no reason for that not to continue to be your story.

Leaving the hospital, I felt drained.

As we were walking out with G, we passed by a bench in the long corridor and I joked that part of me wanted to say, yeah, I’ll just lie here a little while. The anxiety, worry, preparation for triggers had exhausted me. While I was so excited that everything was good and wanted to skip and yell from the proverbial mountaintops, I also knew that feeling was fleeting and that another 20 weeks of this was going to be an exhausting journey.

Driving home, we both settled into a comfortable silence, which of course allowed time and space for the part of my brain that blames myself for Colette to go into overdrive. I began to hear the doctor’s words not for what they were by saying that there was a component of the pregnancy that we changed by using a carrier and that meant a better outcome, but instead to hear it as see, this was your fault, it was your role in the pregnancy that caused the problems and removing you from that role will mean a healthy baby. I started to wonder why it seemed like I kept being reminded that my body had failed me and even worse, that I was a failure as a mom and as a woman.

Mark pulled into a parking space because we were going to go to lunch. He turned off the car and I didn’t move. Mark said, are you okay, and that was enough for me to burst into tears. I cried about how the doctor had confirmed my biggest fear—that all of this was, in fact, my fault, that it was my stupid body that killed Colette, and that I was a horrible mother. For the million reasons I love my husband, his ability to literally hold me while I sob and to comfort me is at the very top of the list. He told me that the only person who blamed me was me, that the doctor was reassuring me based on very little detail of my whole story and a lack of research and knowledge about pregnancy in general, and that I provided a great home to Colette for as long as I possibly could.

I cried for quite some time because this is hard, this sucks.

I really wish that while we were going through this to bring our second child home, we had our oldest with us, that we were preparing her to become a big sister. To instead be in a place where the goal is to bring a healthy baby home, but to be both literally and figuratively holding our breath and waiting for the other shoe to drop is not where I thought we would be. And for every comment about how the baby looks great or normal, there is so much joy and excitement, but also the crushing feeling of guilt over my role in Colette’s death, the worry that this feeling will not last because something will go wrong, the guilt over feeling that way and not just being excited, and the guilt about being glad that this pregnancy is different and whether feeling that way means I am betraying Colette’s memory of being a bit difficult, a bit of a fighter, and a badass with an attitude. It is those conflicting feelings that often keep me up at night, navigating what should be a joyous time with complete fear and worry and a huge cup of mom guilt, a complex web that I hope will be something I can handle for the next 20 weeks until LL Cool T is here at home with us.