Expecting But Not Pregnant after Loss, Week 12: Anxiety is Alive and Well 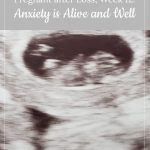 For our first OB appointment, I was definitely scared going to a new doctor. Our reproductive endocrinologist was so warm, friendly, knew our story, and when she gave us the go-ahead to “graduate,” she hugged me for so long that I had to stop myself from grabbing a hold of her leg and refusing to leave. Plus, my own OB was also so supportive and an integral part of our team during our whole process that going to someone new was super scary for me. The night before our appointment, I barely slept, nervous about what would happen and nervous about having to leave our comforts.

At the doctor’s, they asked G a bunch of questions to get her information into their files, including who would be her emergency contact. G turned to us and asked me to be it, giving me a small boost of importance. 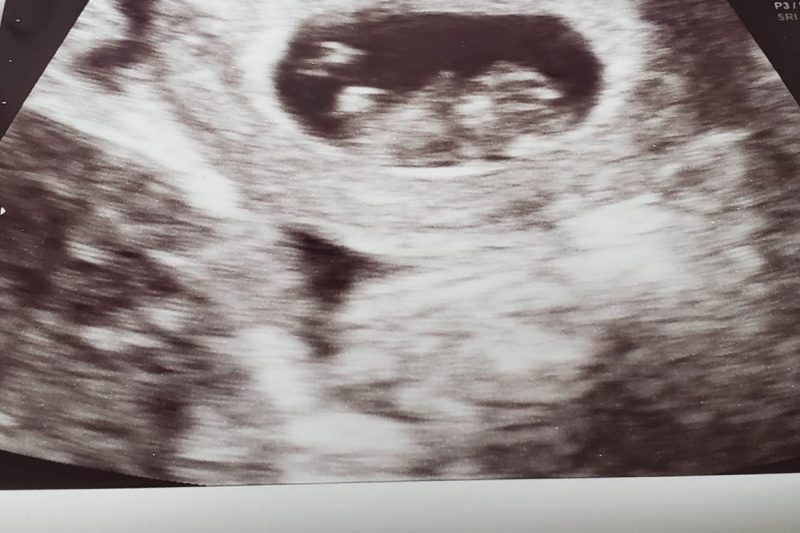 The ultrasound was so amazing, being able to see what the technician called our little gummy bear and see that everything was on schedule. But, again, as always, there was the nagging thought, “That’s great for now, but what if something goes wrong?” The technician printed out pictures for us, and it was tough seeing G’s name listed instead of mine, as if I needed another reminder of the loss of carrying. I choked back a couple of tears and focused on right now and making sure G and baby are doing well.

The actual appointment was a lot of background and information about the practice.

We also told our story and why we went with a gestational carrier. While we did get supportive responses, it also felt like I do not want to keep telling the story. I missed the comforts of our doctors who had known our stories and been along with us on the journey.

We spent a while going through G’s history and while it confirmed our decision to go this route was right, it also was very frustrating to hear about how easy she had had it and just how difficult it has been for us. While seeing G continue to measure right on schedule is reassuring, it is also difficult to be in a space where it feels like her body is somehow better at being pregnant and that her body will not betray her in the way I feel mine did.

The doctor was fine, but it was frustrating to hear him as he went through everything with G and kept saying, oh, this will be easy, you’re an easy one. I wanted to scream, nothing about any of this is easy, nothing is predictable. I understood that he was trying to reassure all of us, but when you have experienced loss, you do not take anything for granted and you do not minimize the complexities of pregnancy. Plus, when you have continually had obstacles pop up, it is hard to think the same thing will not happen.

He turned to us to see if we had questions. I asked about ultrasounds, and because G is not considered high-risk, typically, there are not many ultrasounds.

He did kindly ask if we wanted to do something different, and I replied right now, I don’t know, but this pregnancy is going to be filled with anxiety and so we may need that reassurance. He responded by telling us we looked more excited than anxious. I explained that when we can see an ultrasound at a doctor’s visit and know things are okay, we are usually good for one to two weeks before anxiety sets in. In an attempt to reassure me, he said, well you have done all the things (genetic screening of embryos, choice of a gestational surrogate, etc.) to relieve the anxiety. Angered and frustrated by this overly simplified explanation of the anxiety after loss, I quickly responded, “Well, that would assume that anxiety was logical and let’s be honest, it isn’t.” He looked at me and as I could feel Mark beaming about my response, said, “Well yes, that’s true. We’ll keep talking.” He offered that if at any point we needed that reassurance, he was happy to accommodate us for an additional ultrasound or appointment.

We left the appointment and once in the car, Mark turned to me and unprompted said that he missed my OB.

We discussed how lucky we had been with her and how unique she was with her amazing bedside care. We also talked about how we knew we had made the right choice with G carrying for us, but how it was also frustrating that she was not a high-risk pregnancy and would not have the same number of screenings and check-ins. It definitely is ironic to be upset or frustrated by the fact that she is not high-risk and simultaneously be glad that she is not since the odds of everything turning out differently are so much greater. But, as all things post-loss and expecting post-loss, it is a series of contradictions and conflicting emotions, a roller coaster of emotions that you ride, while hoping for a smooth ride and finishing without getting sick.