We don’t deserve it 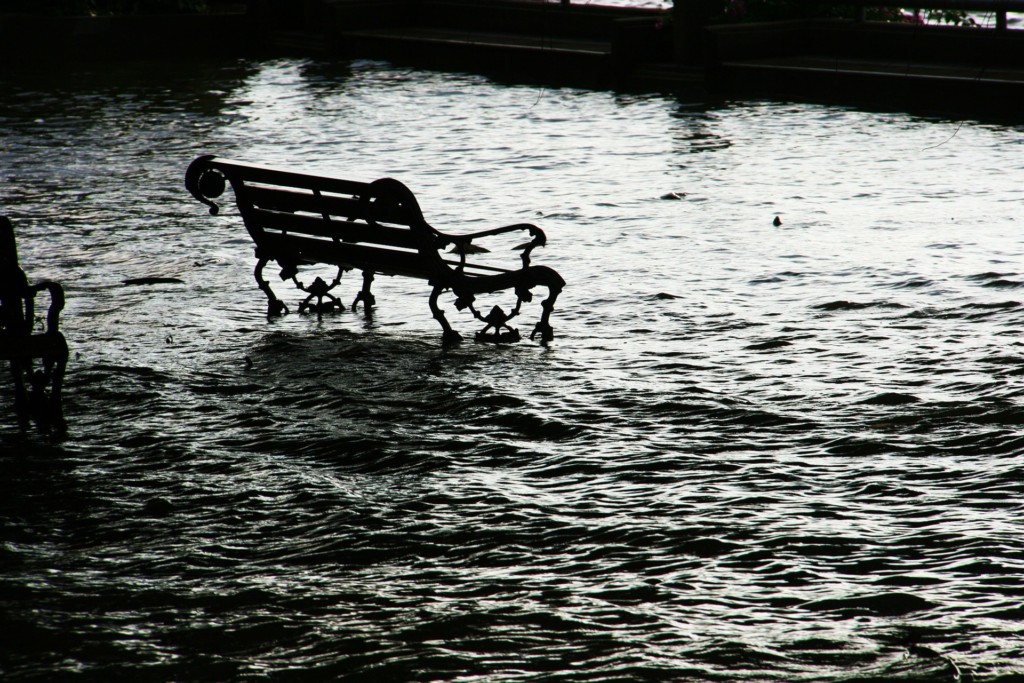 I’m sure you’ve seen the pictures from Houston and other communities who have been impacted by Hurricane Harvey. In some cases, whole towns have been under water. In others, some neighborhoods on higher ground came through the storm relatively unscathed, while those in low-lying areas were submerged. Lives have been lost, sometimes for no reason other than a driver making the best guess on which road to take and meeting disaster.

Times of tragedy draw out from us the question “why”? Scientists will scramble to explain it, with their charts and maps and graphs of how a “thousand-year storm” happens and why it took the route that it did, but those are little comfort to the one who knows that their neighbor’s home was spared and theirs wasn’t. Why doesn’t always mean “how did this happen?” It also means, “What did I do to deserve this?”

Newsflash! Tragedies just happen, and while there are certainly times when a person impacted by a tragic set of circumstances did contribute to the situation, most of the time it is simply because it’s just how the world works, or doesn’t work. Storms come. Rivers flood. People make mistakes, or begin a string of events by their own neglect or selfishness, and other people suffer. If you are impacted by it, it does not mean you “deserved” it any more than the person who did not suffer “deserved” to be spared.

The same is true in the world of pregnancy loss. When our babies died, it was not our fault. It was not your fault. The death of your dearly loved, wanted child was not a divine decree on your goodness as a mom or your ability to raise decent human beings or how well you loved the other people in your life or anything else. It just happened.

And when, and if, we get pregnant again, that also is not because we “deserve” it. I heard that plenty when I was pregnant with my rainbow boy.

No one deserves this more than the two of you.

After all you’ve been through, you deserve an easy pregnancy!

Everything will be fine! You deserve this baby!

I know that people who say such things are well-meaning. They are trying to be encouraging, but each time in the back of my head, I would be silently responding, “So, did I not deserve my last three babies? Was I doing something wrong, but I finally got it right? If I lose this one, too, is that my fault? What about my friend who has not been able to have a rainbow? Why doesn’t she deserve a take-home baby?”

See how that can drive you crazy? It can, because it is not based in reality, so don’t go there. Babies are not prizes given out to the most deserving. Rather, I believe they are gifts. Each one of my children was a gift. Two of them, I got to keep longer than the others.

But even that is a gift, not something I deserve or don’t deserve.

In some ways, that is disconcerting – What do you mean I don’t deserve a child? I am (or would be) a great mom!!

In some ways, it is terrifying – But then I can’t control the outcome by figuring out what I did wrong the first time and fixing it!

But it is also freeing. Because if our pregnancies are disconnected to what we do or do not deserve, in the cosmic sense, then we can stop focusing on “why me” and instead just focus on what we can control – taking care of ourselves and our loved ones, finding sources of comfort and strength and hope, and embracing the community around us.

And in the end, whether it is a hurricane or a flood or the loss of a precious child who never took a breath or the miracle of carrying life again, that community makes all the difference in the world.