Wandering Through Sex After Loss 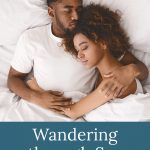 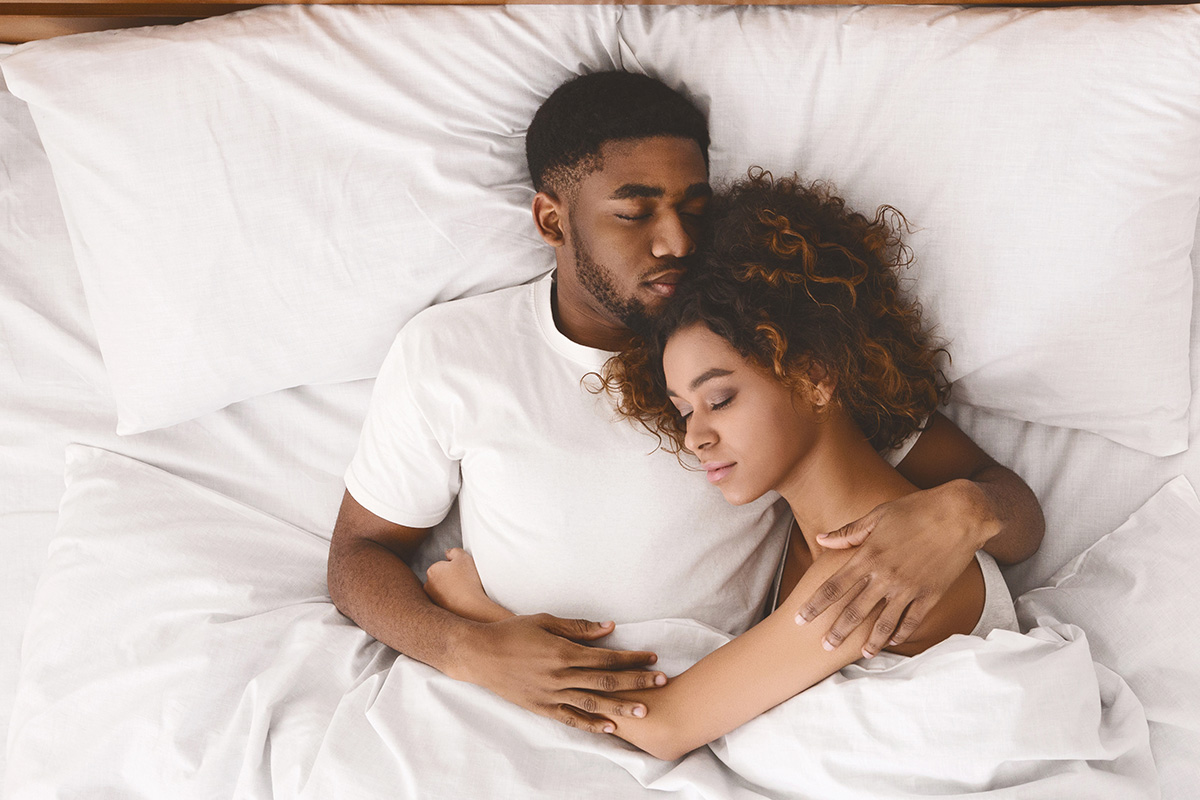 After our loss, sex was somewhat an odd subject to me.

How long do I wait to have sex again? Is it alright to find joy in it, considering it is what brought on this unborn child in the first place? Is it acceptable to even feel that type of pleasure, when my heart is so broken? It’s a very sketchy place to find yourself. There is no right answer here, at least I didn’t know what it was. I was just at odds with the different parts of my body, and what they needed and wanted.

I never wanted to wait to try again for another baby after our losses. As soon as the doctor told me I was safe to try again, which in my case was no wait time at all, I had my heart set. I was convincing my husband that I was ready to try to get pregnant, and that I could handle it, emotionally. I have said through my whole experience that these losses are “ours,” not “mine.” However, until I was typing the last sentence, it never occurred to me: what if he was not ready to try again?

He was visibly upset during our losses, but Jesse is always positive. He is always finding the silver lining to any situation, basically the exact opposite of me. He is the one who keeps me grounded when I am losing my head, but what if he was hesitant not because of me, but because of him? He never admitted to not being ready, he always said we could take as much time as I needed, not him. We did hold off trying to get pregnant for about 2 months after our second loss, but we soon decided that this was what we wanted–a sibling for our daughter. Neither one of us could see ourselves only having one child, especially not even trying for a second one. So once again, we were of the status of “trying to conceive.”

It may initially sound great. Trying to create a baby means a lot of sex.

However, when you have tried for a few months, and lost a few babies, this is no fun task. And a task is exactly what it is. A task that will hopefully end up with you getting pregnant. I started becoming so engulfed in trying to conceive, that basically everything was scheduled out. I found natural ways to know if I was ovulating, and the world would stop. Sex was no longer fun or spontaneous. I had a job to do, and that was to get pregnant this month, since last month was, yet again, a failed attempt. The end result is the only thing that was on my mind–and I do not mean the end result as in an orgasm. It was very matter-of-fact. Straight to the point. At some point along the way, my only concern with sex was if I was going to see two pink lines or just the one. Once again, looking back, this was not fair to either of us, and it is sad that this happened for almost an entire year.

When I found out I was pregnant with Evan our Rainbow, sex became somewhat of a fear.

What if sex caused a miscarriage? So that lead to checking for bleeding every time. It got easier to settle down, but the anxiety was still present. Although there wasn’t a sense of scheduling when it came to our sex life, it still was not normal. Maybe if we hurried, it would be less likely to cause harm to our baby? I don’t really know what I felt. My whole pregnancy was a blur of anxiety and worry, but I do know that sex just was not a priority to me, and not because I was too tired from the pregnancy.

Since Evan has been born, once again there has been a shift.

After a year of trying to get pregnant and having three losses, sex seems somewhat weird to me. For so long I only wanted to have sex so I could get pregnant. It was a constant worry, whether it would happen this time. But now, there is not that pressure. As I write this article, I find it hard to put into words even. I don’t need to track my fertility, and think to myself, “No, we can’t have sex tonight because we need to tomorrow night. We can’t have sex multiple days in a row because that will lower the sperm count, decreasing the odds of having a baby.” After so long, it is sometimes hard to change my way of thinking, as I am very much a creature of habit. I don’t like the unknown, and I find comfort in consistency. I am still getting used to the thinking of having sex “for fun.” When it’s put into words, it’s kind of sad. Unfortunately, it’s true. 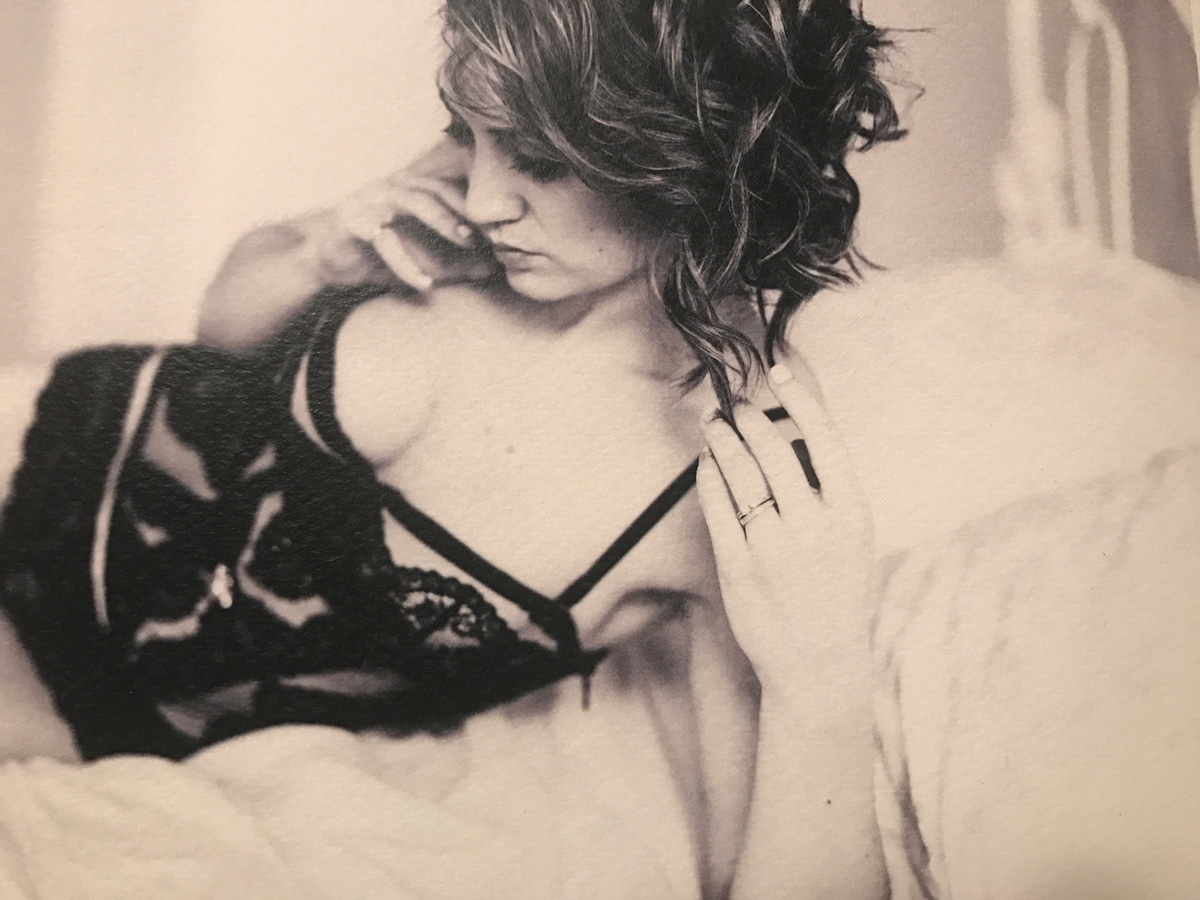 I will credit my husband in all of this, I am so thankful I married him and it is him who has been with me through all of this. He is understanding and strong. He was probably incredibly annoyed with my behavior, but he never showed it. He went along with whatever I said I needed. Reading this, I sound crazy and probably selfish. I probably was. I just happen to be lucky enough to have a husband who understands me, and wanted a child just as badly as I did.

Not every person who loses a baby has these feelings about sex.

I assume those who have experienced only joy in their motherhood journey view sex differently than they did beforehand. Maybe my thoughts on the subject aren’t even normal, but who is to say. I am no expert on loss or motherhood or sex, as you have clearly read in my words. But I do know that it’s real, the struggle of intimacy after loss, and once again, the subject isn’t talked about much. Sure, it is a little uncomfortable to discuss, but it needs to be said again- you are not alone in feeling you are different after a loss, not only emotionally and physically, but sexually too. Different, however, isn’t always negative, it just is.

About the Author: Katie McKenzie

Katie McKenzie lives in rural central Ohio with her husband Jesse and two daughters, Charlie and Evan. A year after she had their first daughter in June 2014, she and her husband began trying to conceive again. They experienced 3 first trimester miscarriages in 8 months. In May 2016 she found out she was pregnant again and gave birth to their Rainbow in January 2017. She wrote about her pregnancy in a blog, and has began to continue to write about her everyday life, now as a mother of two. You can visit her blogs, Life isn't always Rainbows and A Princess and a Rainbow. Katie is a Registered Nurse who currently works on a postpartum unit. After her own experiences with loss, Katie has become passionate about speaking out about miscarriage and ending the stigma that comes with it.