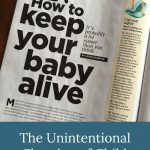 “I’ve kept her alive this far,” I joked to work colleagues around the snacks in the break room, 38-weeks pregnant with swollen feet and belly. It was an innocent joke, or so I thought. Little did I know she would be dead before she was to be born just two weeks later.

In the weeks that followed her death guilt and shame consumed me. Memories of that conversation haunted me. Magical thinking ran through my mind. Had I  “jinxed” her life by so flippantly uttering those words? Thoughts of, “Could I have saved her? Did I do something wrong?” tumbled through my mind, day in and day out.

The answer is NO.

No, I did not do something that caused her death. No, I could not have saved her. However, it seems that society often inadvertently tries to convince me otherwise.

When people find out my daughter died, questions naturally arise. It’s been four years of these curious and wildly inappropriate questions. I know how to answer them now. I am no longer totally offended by them. But, to the newly bereaved, these remarks hurt and, often times, unintentionally shame the parent who has lost a child.

Them: “There must have been something wrong with her.”

Me: “Um. Nope. Total fluke. Very rare according to my doctors.”

Me: “Hmm?” with a sarcastic head tilt and a quizzical squinty-eye look that says, “Really?”

Them: “God needed another angel.”

Me: *Sigh* along with a little vomit in my mouth that I swallow.

If you can’t tell, these comments frustrate me because other people, specifically non-loss parents, are so afraid of catching the “child loss disease” that apparently I now carry, that they can’t offer out words of compassion and comfort. Instead, the bereaved parent is often met with invalidation and inadvertent shaming, just so that a parent of a living child can feel better about the safety of her child.

I see this need for non-loss parents to rationalize the death of other people’s children frequently in new mom groups.

I even see it in myself when thinking about my living children. As a mom again for a third time, with my second subsequent child currently three month’s old, I’m naturally nervous about SIDS. All new parents are. When we hear a story about a baby who died in his first year of life, the rationalization of a poor bereaved parent’s child’s death begins with other new and nervous parents.

“Well, it wasn’t a certified day care, that’s why it happened.”

“The baby was on her belly when she died.”

“Well, you know, they were young parents.”

All of these comments are just lies parents tell themselves to ease their own worry, and doing so shames loss parents, not purposefully, but it still shames us all the same.

When I think these thoughts, because it’s natural to do, I stop myself before they come out of my mouth. I realize that these thoughts are there to do one thing and one thing only: they protect me from feeling uncomfortable with the fact that life is unpredictable, and I cannot control everything when it comes to keeping my kids safe and alive.

When we say these thoughts, which we shouldn’t, we assign blame and shame to already hurting parents.

We inadvertently assume with these remarks that other parents didn’t do EVERYTHING in their power to keep their children safe. We do this, as parents of living children, so we can put distance between “us” and “them”. This only benefits the non-loss parent in calming their own fears while ignoring how they are harming the already hurting parents. 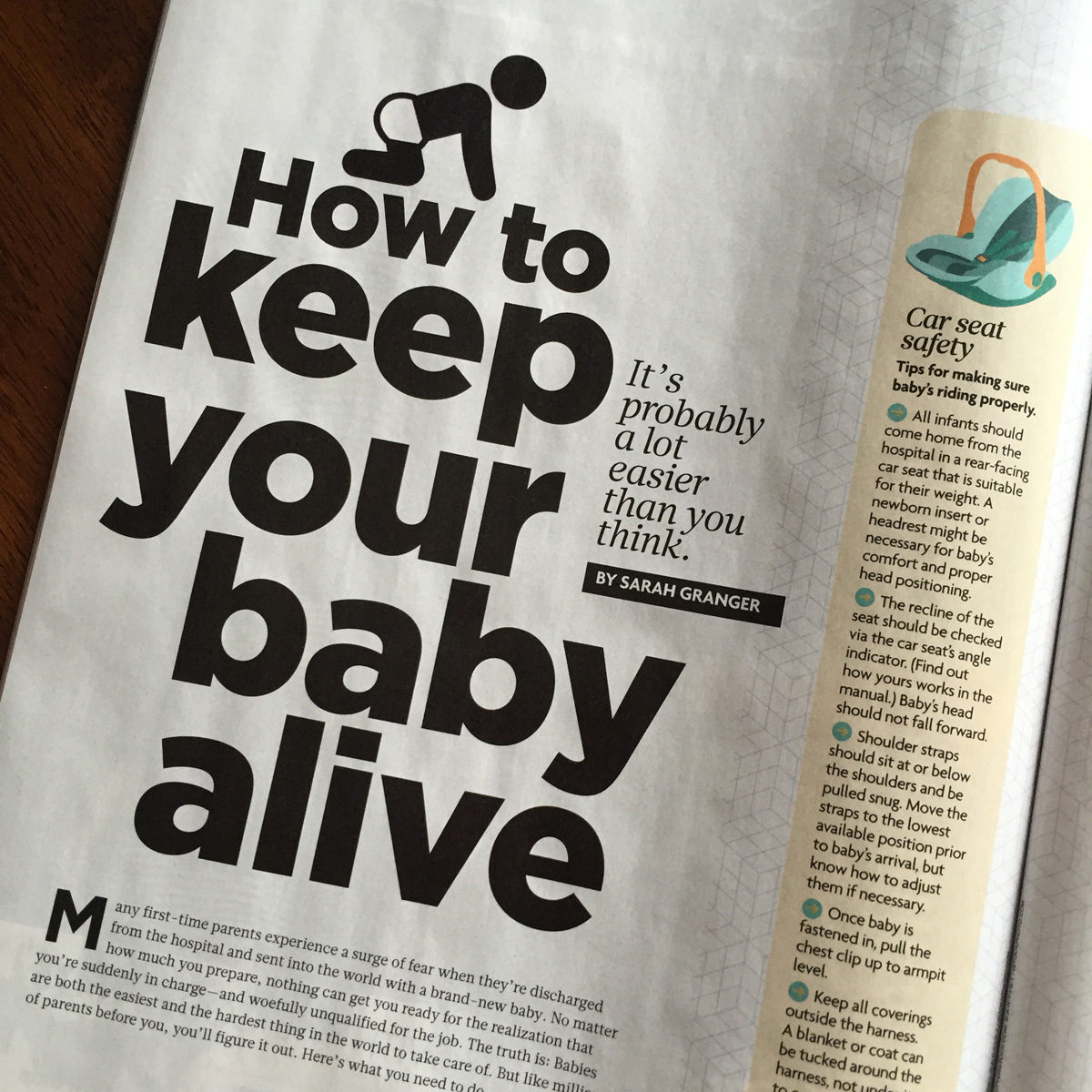 This morning I got the mail and noticed my monthly edition of Pregnancy and Newborn Magazine had arrived. As I casually flipped through the magazine at lunch, I noticed an article titled, “How to Keep Your Baby Alive: It’s Probably a lot Easier Than You Think.”

I was unbelievably disappointed. Pregnancy and Newborn Magazine featured me and my pregnancy after loss journey as I contributed as one of their online Knocked Up Bloggers. And yet, in their September 2016 issue, they played on the fears of every new parent with an article title that–albeit unintentionally–shames parents who have had a child who died.

I cannot say this enough: loss parents have enough of a burden to bare without the insensitivity of society reminding us in everyday, subtle ways that we didn’t do everything possible to protect our babies! Messages like the one in this magazine that reads, “keeping a baby alive is probably a lot easier than you think” tell a bereaved parent that they did something wrong.

I’m here to tell you the sad, sad, truth. Are you ready for it?

Babies and children can and do die.

That’s why it’s a legitimate, maybe not statistically rational but legit fear of new parents. The article title, “How to Keep Your Baby Alive: It’s Probably a lot Easier Than You Think,” itself perpetuates stigma around child death. This adds stress to any parent who already worries postpartum about their baby dying. This fear is multiplied for a mom who is experiencing postpartum anxiety or depression. Adding more unneeded worry to moms and dads, no matter if they have had a child die previously or not, is unconscionable.

As a mom, I have birthed a stillborn baby, had postpartum anxiety with my first subsequent child, and am now parenting my second subsequent child who is three months old. An article like this is a backhanded slap in the face. It plays on my biggest fear, invalidates my greatest losses, and all the while perpetuates the stigmatization of parents who have lost a child. It also plays on the fragile and vulnerable emotions of new parents like myself, whether or not they are parenting after loss.

Bereaved parents need less passive-aggressive, shame-based self-soothing of society’s own fears and more self-reflection and compassion as the cultural norm for supporting and understanding parents who have experienced the death of a child.

So, in the future, if you run into a young, naive mom like I was pre-child death who says, “Well, I’ve kept her alive this far,” say, “Yes. Yes, you have. And that is hard, hard work and NOTHING to joke about.”