These are the most innocent questions for most parents. When you’ve dealt with the loss of your own child, these questions often bring up difficult situations combined with uncompromising guilt. Everyone deals with grief in different ways, and I’m sure everyone deals with these questions in different ways as parents. But I have changed my approach over the years and it reflects the journey of grief that I believe many fathers experience.

When I first lost Emanuel, I did not have a problem responding to these questions, or any question I got about parenting, because of one very simple emotion: schadenfreude. I had no problem killing the mood of a fun work event or an outing with distant friends because if I had to deal with unbearable, consuming grief than you get to deal with an uncomfortable, awkward silence.

“Does he have any brothers and sisters?”

However, as the months have turned to years, these questions have begun to cause a more immediate, conflicting thought process. I don’t really know why I’ve changed how I respond. I’d like to think it has to be with how consumed I am with being a parent to Elijah and loving to talk to anyone about everything that he does.

Maybe it has to do with where I am at in my own grieving process; where I feel that the loss of Emanuel has caused me to cherish each and every day with Elijah, where I never resent him, and I rarely even get frustrating. I carry Em with me, and it has caused me to be a better father than I ever could’ve imagined. The experience and love I have for Emanuel has created such a healthy or happy home that I no longer need to relive that tragic experience, but rather remember him in the present.

Or maybe I’ve just buried the emotion and don’t want to deal with it anymore. When I do tell the story of his loss, the sadness and depression is only rivaled by the raw bitterness and anger I still feel. Eli needs me now and I have to be there for him. There is no other option.

“How long have you been a parent?”

Recently, I was faced with a new question, one that I hadn’t faced before, and it was asked by new co-workers. My response, which surprised me immensely at the time, caused an overwhelming feeling of guilt that nearly had me in the bar bathroom vomiting. 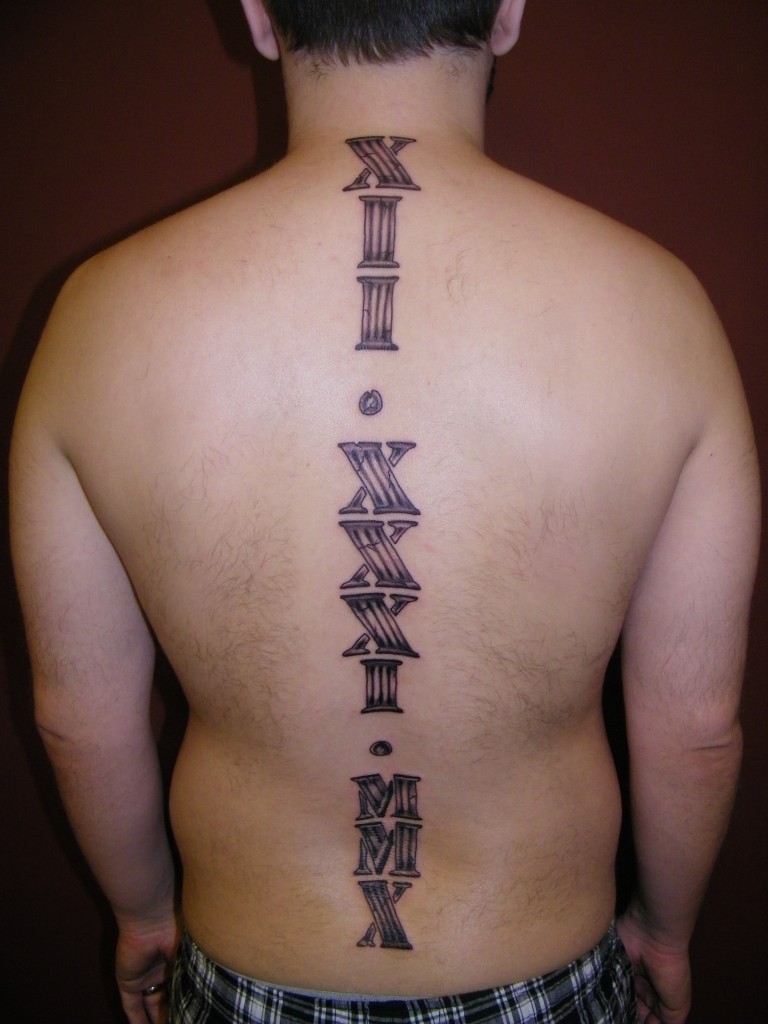 To honor Emanuel, I had designed a tattoo that runs down the spine of my back (pictured); it is the date of his birth, in Roman Numerals. Peeking out through the top of my shirt, a co-worker asked what the tattoo was for and I responded that it was the birthdate of my son. She had already seen pictures of Eli and asked if that was my only kid and I instinctively said yes.

I had barely finished forming the word as I mentally wanted to shove them back down my throat. These were new co-workers and we were winding down after a long week. But that’s really just an excuse. I could’ve made it right, but I didn’t.

It has been a couple of weeks since this happened and I’ve come to terms with what was probably the biggest mistake I’ve made as a parent. But as I’ve thought about it more, I’ve realized that it was just that. A mistake. And it made me feel like a parent, again, for Emanuel. Lord knows, as a toddler, Eli already lets me know that I’m not a perfect dad. And while a fun night ended with me tearing up on the car ride home, it’s almost nice to know that I can still make mistakes…as Emanuel’s dad, too.