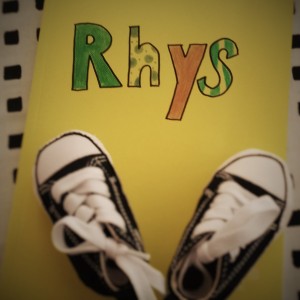 I’ve put off this post for a while. I thought about writing it when we first announced we were pregnant, but I didn’t know what to say. I was afraid of what might happen, of what might not happen. I dreaded writing about the pregnancy, filling a post with hopes and dreams, and then those hopes and dreams being dashed. It’s happened before.

Pregnancy loss was all I knew. In my experience, the two pink or blue lines on the stick meant pain, tears, and loss. It meant painful cramps, days of bleeding, and several visits to the doctor for blood tests and a shot for my Rh negative blood. It meant well-meaning notes, cards, texts, and calls. It meant days or weeks of grief that I later wouldn’t remember.

So when I saw the positive test, I cried. How could I hope when three times before that hope betrayed me? How could I bear to imagine a baby growing inside me when the only babies who had ever grown in me before had left before I could meet them?  How could I trust that this baby would not leave, too?

Because, it feel like a terrible thing to say that you don’t trust your child, especially when they are unable to do anything to earn or lose that trust. It would be more acceptable to say I didn’t trust my body. But that, for me, wasn’t the truth. The truth was, at 13 weeks pregnant, I struggled to trust that my son would not leave like the babies before him.

I voiced that feeling for the first time in an exercise I did in my improvisation class. We took turns sitting across another member of the class and speaking to them as though they were someone in our lives that we needed to talk to. Some spoke to lost loved ones, old friends, parents they hadn’t spoken to in years. I spoke to my son, Rhys.

“I’ve only known you for thirteen weeks, but already I love you so much,” I told him. I spoke about my hopes and dreams for him, alongside my fears. I talked about the babies who had come before. And I voiced that thought that had been bubbling in my mind for weeks, that I had been too scared to say out loud.

Voicing that thought was freeing. Admitting it out loud in a non-judgmental setting helped me to acknowledge that lack of trust, and the guilt I had about it.

I do not put any blame on my son, or my other babies. Sometimes babies die, just like adults, and we will never no why. But because of those losses, because those losses were my only experience in pregnancy, I did struggle to trust.

But just like the baby inside of me, that trust has grown week by week. Now 17 weeks pregnant, I trust that my son will not leave me without warning. And I am beginning to trust that he is here to stay.

This post was written several weeks ago; I am happy to report that I am currently 22 weeks pregnant, and Rhys is healthy and very active!  The more I feel him kick me, the more I trust him, and the more I fall hopelessly in love with him.