Tips from PAL Moms: When did you start buying things for your rainbow baby? 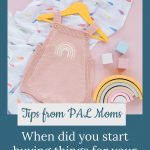 Tips from PAL Moms is column on PALS where we ask you, the PAL mom, for feedback about your experience during pregnancy after loss. We ask a question on our Facebook Page and hope that you can help answer some questions and also benefit from the answers all in an effort to relate and learn from fellow moms who “get it”. 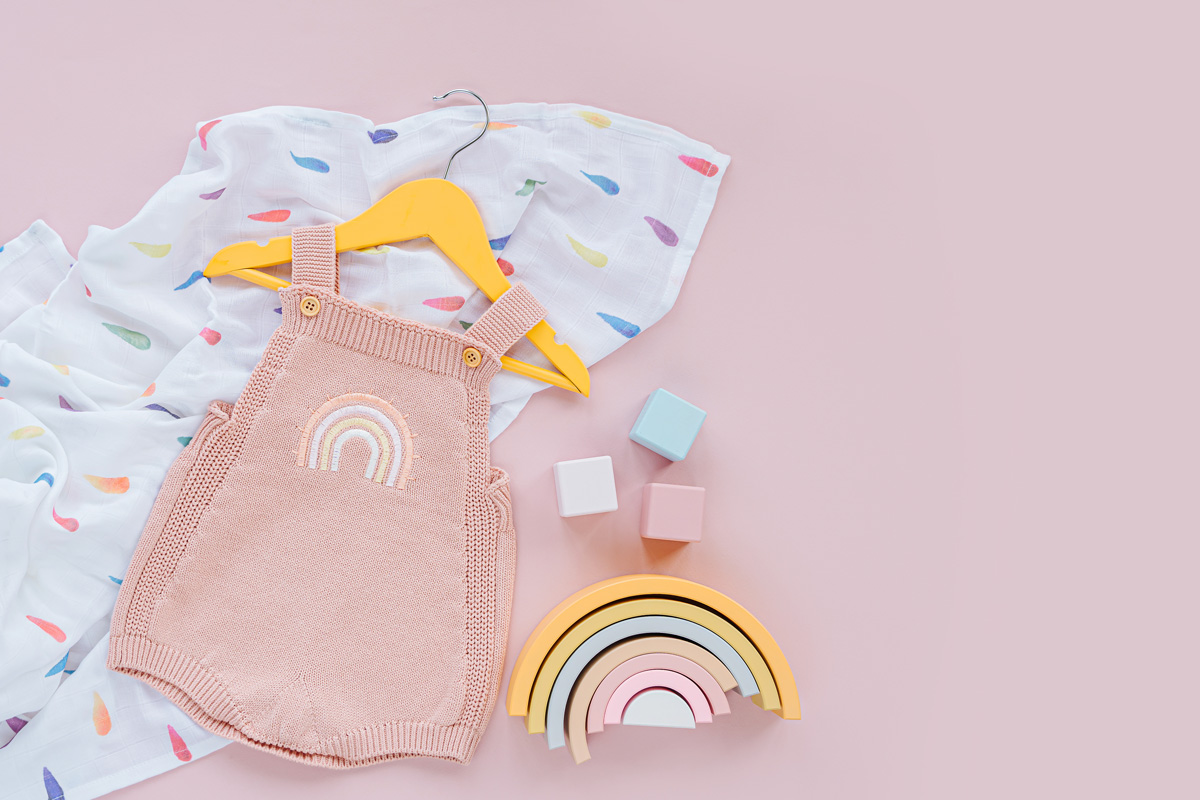 “When did you start buying things for your rainbow baby?”

Alaina – “I buy a blanket for each of my babies as soon as I find out I’m pregnant. It took losing two babies, our 2nd and 3rd pregnancies, for me to decide that I wanted to buy something I can keep no matter the outcome. So for pregnancies 4-7 I have bought a snuggly blanket ASAP. Nothing else really until around 18 weeks.”

Osiris – “At 26 weeks, I’m still not comfortable buying anything.”

Renée – “25 weeks and I still can’t buy anything. I don’t know when I will feel ready.”

Elizabeth – “Hmm. She is here now 12 days and we’ve bought little things like a blankie and a stuffed toy. But she wears everything her sister wore and used so that’s different. Doesn’t seem real until she’s here. Like I’ll decorate her room in a few months vs doing it prior to birth like last time.”

Miranda – “I lost my son at 20 Weeks. I am now 34 Weeks + 5, and I wasn’t ready until about 25-26 Weeks to start registering, doing the nursery, or talk about having a shower. It just seems like it is something that clicks one day where you just know you are ready. Also from talking to people in support group I also think it depends on when the loss happened and what caused the loss.”

Irene – “The day I found out the gender (13 weeks). I happened to be in a baby store buying a gift, so I bought a hat. My husband bought a onesie the same week, while away. That’s all so far. Anything more seems scary.”

Laura – “I am 24 weeks and 5 days, and I am starting to look around online, but I haven’t yet bought anything. I had 3 early miscarriages in the 4 months before this pregnancy. In the first pregnancy last year (officially my 3rd) I bought a doppler and wasn’t able to use it until 10 weeks with this pregnancy (officially my 6th.) I did only just find out a week ago that we’re having a boy, but I had no urge to buy anything neutral. As previously posted, I think once it clicks, you’ll be ready.”

Loni – “I bought something for my baby the day I found out I was pregnant because I wanted to embrace the pregnancy and bond with my baby right away. We never know how long anyone we love will live so I choose to take advantage of every second we have.

Tara – “I didn’t buy anything until after my 35 week check up. My OB said it he would be here anytime, and I panicked since I didn’t have a car seat or a bassinet. I bought those items, a few outfits, diapers/wipes, and a few other must haves the same afternoon. I went into labor two days later, but he was not born for two weeks. Side note, I did not get his crib out of storage, buy crib bedding, or set up his nursery until he was 5 months old.”

Angela – “I bought her first piece of clothing online because I was too overwhelmed by grief to go into Babies R Us. At around 32 weeks, I went shopping and had a total meltdown in BRU when I saw the gown my son was wearing the night he died.”

Jessica – “Before I was even pregnant. We decided to nickname our rainbow we were planning Bee, so we bought everything Bee related we found. Once we found out we were having a girl (after losing two boys full term) I slowly started to start buying her things around 18 weeks. It was hard, I felt like I twas jinxing the pregnancy but I also felt she deserved the same anticipation and preparation as her brothers. So I bought and I bought and I continue to buy for her. In fact, I now have a problem with buying her too much because I never had that chance with my boys. It’s something I am working on.”

Aria – “26weeks. I wrote a bump day post about it. I didn’t want a baby shower though because I didn’t want to be stuck with a bunch of things that would just serve as a reminder. Sometimes I wish we had had a shower since we don’t have very much clothing for Zoe; but everything has worked out. I bought a few things for her, the grandmas are more than happy to get things for her, and so many friends have been supportive and given us hand-me-downs.”

*To read more Tips from PAL Moms about this specific question visit our Facebook Page here and here.

About the Author: Pregnancy After Loss Support

Pregnancy After Loss Support (PALS) is a 501(c)(3) non-profit organization and community support resource for women experiencing the confusing and conflicting emotions of grief mixed with joy during the journey through pregnancy after loss. Join our community of courageous mamas. To write for PALS, visit our submissions page.