Things I’m Learning on My Journey of Raising a Rainbow 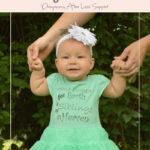 My rainbow is now nine months old. I have officially had her outside of my womb longer than she was inside. She has a personality that amazes and astounds me. This little girl of mine here on earth, has given me the roller coaster of emotions. The emotions that all parents get. On top of those normal emotions, I have learned that I have an extra area in my brain that is specific to emotions of raising a rainbow. 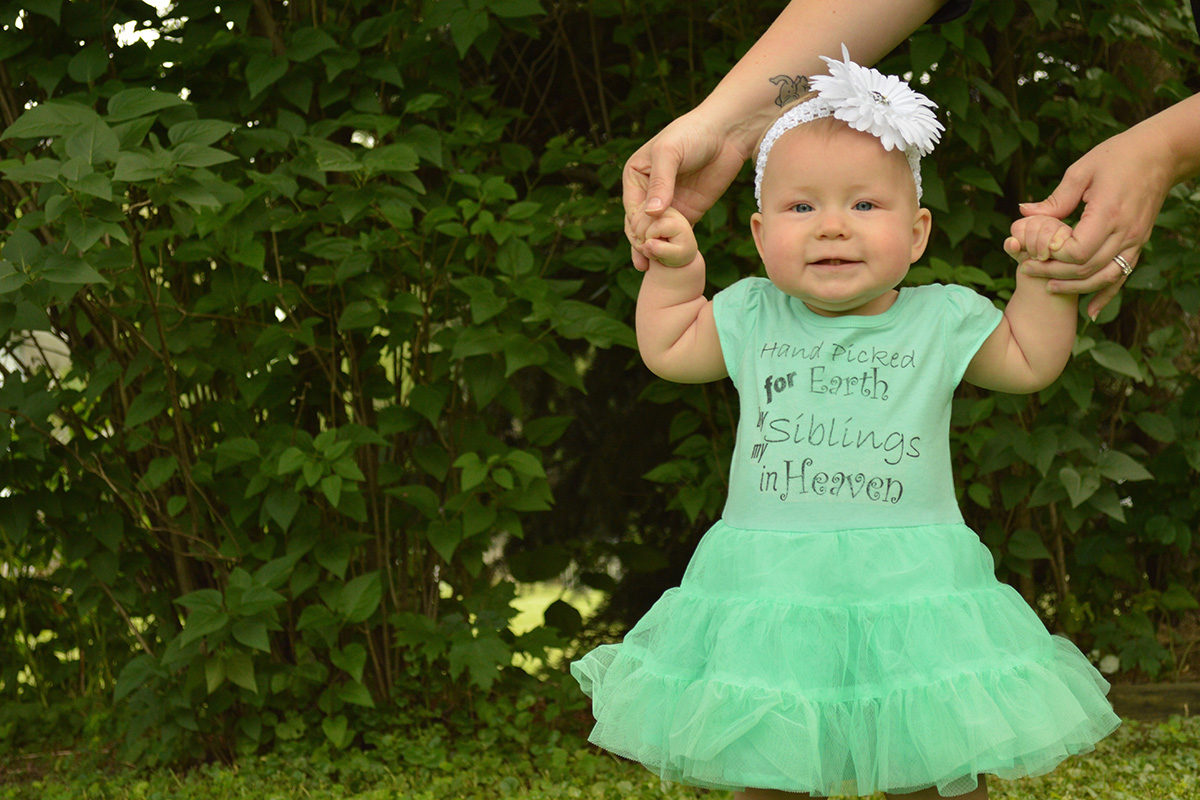 I have consistently tried to be a normal mother (whatever that is), but I have not always succeeded. I would have thought that over time, it would get easier. Easier because I have a living child to take care of now. It’s not that it got easier, I just grew accustomed to it.

The sadness I have for my twins is often overlooked and thrown to the side because I need to take care of my living child. The isolation that I want to do isn’t always possible because I want my daughter to love life, people, and learn. The anger I feel is pushed down deep inside until I explode on my husband one day and break down crying because I can’t slowly release it as it comes anymore. It’s not accepted by society at this point. I mean, it’s been 2.5 year since the twins died. That’s enough time right? (enter sarcastic disappointment here)

I thought I was done learning new things about grief, children after loss and just being me.

I was wrong, again. I have learned so many more things about raising a child after loss that it took me nine months to fully realize it.

It’s okay to still be angry.

You have a new child to take care of and love, but your other children are dead. That doesn’t change anything. You have not replaced your dead children. It’s okay to let yourself be angry, but again, try not to let it consume you. Try to find an outlet for that anger. If you do not find an outlet for it, your living children could grow up thinking that the anger you have is because of them.

If you want every child you have loved counted in the amount of children, correct someone when they say it’s your first, second, etc. You are the one that is going to be kicking yourself later in the day for not including all of them. It doesn’t matter if that other person feels uncomfortable and awkward about it, maybe it’s what they need to not do it again. Also, in relation to this, it’s okay to not count the child that has died. That is your choice and no one has the right to make you feel guilty. Sometimes it is easier to not correct someone or get into an argument.

Those happy times in life are the hardest sometimes because all you want is to have the whole family together. Having that empty space there at happy times is heart wrenching. Guess what though, that is perfectly fine. Someone once told me that it is a great honor to be thought about in the happy times. That means the person loves you and wants you there. So when you think about your child that has died in those happy times, feel proud. And remember that you are keeping your child’s memory alive.

It’s normal to not want to be around other babies.

I think that this is the hardest for other people to understand. Many people feel that if you have a rainbow, that must mean you will be fine around other children. This is a huge fallacy. I’m okay around my child. I’m okay around certain children. That does not mean that I can walk into a grocery store and walk next to a mother I have never met with a baby. I may turn and walk the other direction. This is my choice, my emotion, my heart, my grief. The common word there is MY.

I will not. That is my choice and I don’t care who gets mad at me. If they think I should be fine because I had one of my own. Nope. I will send a present, a card, and well wishes.

I still cry about the twins. Yes, it is harder for me to cry around Charly since I don’t want her to be upset. But I cry often in the car when I am driving alone. I cry in the shower on occasion. I will also cry after I put Charly down for bed. Crying will happen in this life of child loss.

Try to remember that your child that died would have had flaws as well.

I know that I think about what Devyn and Jaxton would have been like often. And I compare Charly with them when she does things. Wondering if they would have done those things as well. If they would have made that face. I also know that I don’t want Charly to think that I’m comparing her to them into something she needs to live up to.

There is no instruction manual on raising a rainbow.

There are books out there to give you some guidance with your emotions and how to cope and those books do help. However, the emotions that are constantly battling in your head make it so that things are unpredictable. Just like the steps of grief are more like throwing paint in the air and hoping for it to land in an even line, raising a rainbow is just as emotionally chaotic. In reality, acceptance of oneself is key. We are not perfect and don’t expect to be. Just remember that you are doing the best job you can with the hand you were dealt. No one else was dealt your hand, similar yes, and only you are the one that lives it.

About the Author: Amber Combs

Amber Combs has come to find out that she is many things. She is currently pregnant to a son, mother to fraternal girl/boy twins, Devyn and Jaxton, a rainbow named Charly, as well as a wife to an amazing husband who is the reason she is where she is today. She has two male dogs, Knox and Diesel, which are her best friends and spoiled way too much for their own good. Those dogs warm her heart so much. Her twins were born on Jan 1, 2013 due to Prom, major placental abruptions and sepsis. Her son, Jaxton, died after birth while she was still being closed up from a classical cesarean and her daughter, Devyn, died on Jan 2, 2013. All of this was caused from a virus in her first trimester in which she was misdiagnosed by 5 doctors. Her trust and faith in the medical community was destroyed once she found out from the autopsy why her babies died. Months after, she found MISS Foundation and they helped her and her husband get back on track with getting back to living. She has learned so much from this group of people and they have become her main support and a great group of friends. Without these people she doesn't believe she would have survived the death of her children or have the courage to have another child. Her rainbow daughter was born in September through another C-Section. The decision to get pregnant was extremely hard to make for the fear she had and the trust she lacked.