The story behind the numbers 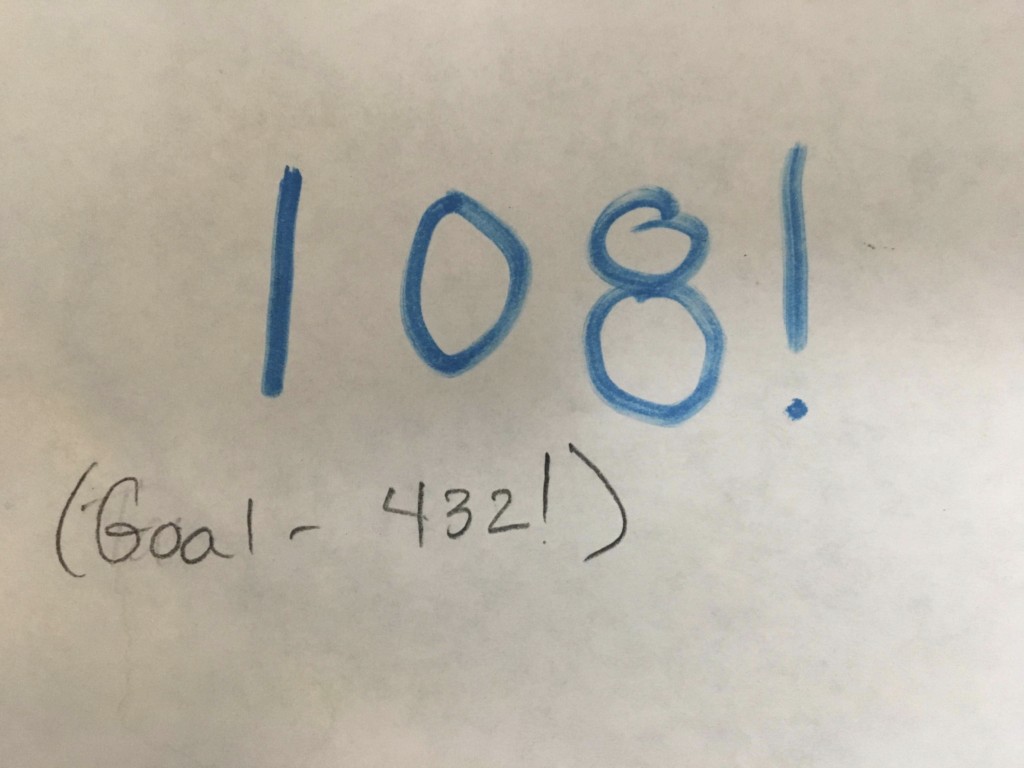 There is a piece of paper held on my refrigerator with a magnet. It has been there for nearly 7 years, and every time I go through the jungle of children’s artwork, prayer reminders, and Christmas photos that have found their way there, it survives. It tells a story, and it reminds me of three important truths – that doctors don’t know everything, the power of community, and that no one is  better advocate for me than me.

It was late July 2011 when I got my fourth positive pregnancy test. My daughter was three years old, and the three babies after her had left us at 18 weeks, 11 weeks, and 4 weeks gestation. We had just gotten an appointment with a fertility specialist, but we hadn’t pursued any treatment yet. So I was quite the nervous wreck when there for a blood test to see if maybe, just maybe, this baby had a chance of making it. They gave me some progesterone to start on, which I took as a good sign.

The call came, and the news was good! My hcg count was 108! Not crazy high, but a good start. Since it was near the weekend, I could get another blood draw on Monday and, hopefully, it would have quadrupled.

Another trip to the office. Another nail biting wait. I decided to run some errands to pass the time, and then my cell phone rang.

It was a nurse from the doctor’s office. The news was not good. My count had gone up, but not “enough”. They didn’t think the baby would make it. I could stop the progesterone. She suggested I call them again in a week if I hadn’t started bleeding yet.

My heart sank. Not again. And waiting a whole week with no definitive answer? I felt I would go crazy. Maybe it wouldn’t make any difference, but my heart and mind needed to know. So I pushed, just a bit – but more than was normal or comfortable for the introvert that I was.

“Can I please come back for another test on Wednesday? Please?”

She agreed, but I could tell she thought it was a waste of time. I hung up and bawled, and then called two friends. One was a woman I had met in an online forum for infertility and loss. We had “talked” a lot online, but never in person. I dialed her number, hoping that our first in-person connection would be as positive as the ones we had had on the computer.

It was. She let me cry and complain and agreed that of course I should get another test and assured me of her prayers. Then I drove to my best friend’s home, sat on her living room floor, and cried. She had also been through a loss, and she understood.

I went back for the test two days later. In the meantime, I stayed on the progesterone. I spent hours googling hcg counts and what was an “acceptable” doubling rate and found just enough information to give me hope, and to scare me. (Thanks, Dr. Google!)

Again, the call came. My numbers were still rising. A little faster than before but still not “enough”. Come back on Friday.

We did the whole thing all over again, and my doubling time dropped again, just not to the magic 48 hours. I was thrilled, but now they were concerned that I could have an ectopic pregnancy, so they wanted me to come in for an ultrasound that weekend.

More waiting. More doom and gloom. They were certainly not guilty of raising a woman’s hopes!

The day of the ultrasound arrived. I put on the paper gown and prayed.

The technician found the gestational sac immediately. It was in the right place. It was the right size. It had the right appearance.

But I was still early, at just five weeks. In my doctor’s words, she wasn’t “ready to bet the bank on it yet.” She told me to come back in a week. Keep taking my progesterone, just in case.

For the next week, I prayed. I connected with others online who had similar stories. I took my progesterone. And I waited.

My appointment came. The gestational sac was the right size. And…there was a fetal pole with a heartbeat.

This time, the doctor was smiling. Perhaps there had been twins and one didn’t make it and that was the reason for my numbers, she said. Either way, we were looking good. She gave me a gift bag of baby supplies and officially “released” me to my regular OB.

And my “108” baby, who wasn’t supposed to make it, who made me rely on my tribe in a new way, and who got me to push for what I needed, even if it wouldn’t make any difference – he turned six this spring and amazes me at every turn.

You are allowed to advocate for you.

And the PAL and babyloss tribe out there is amazing!