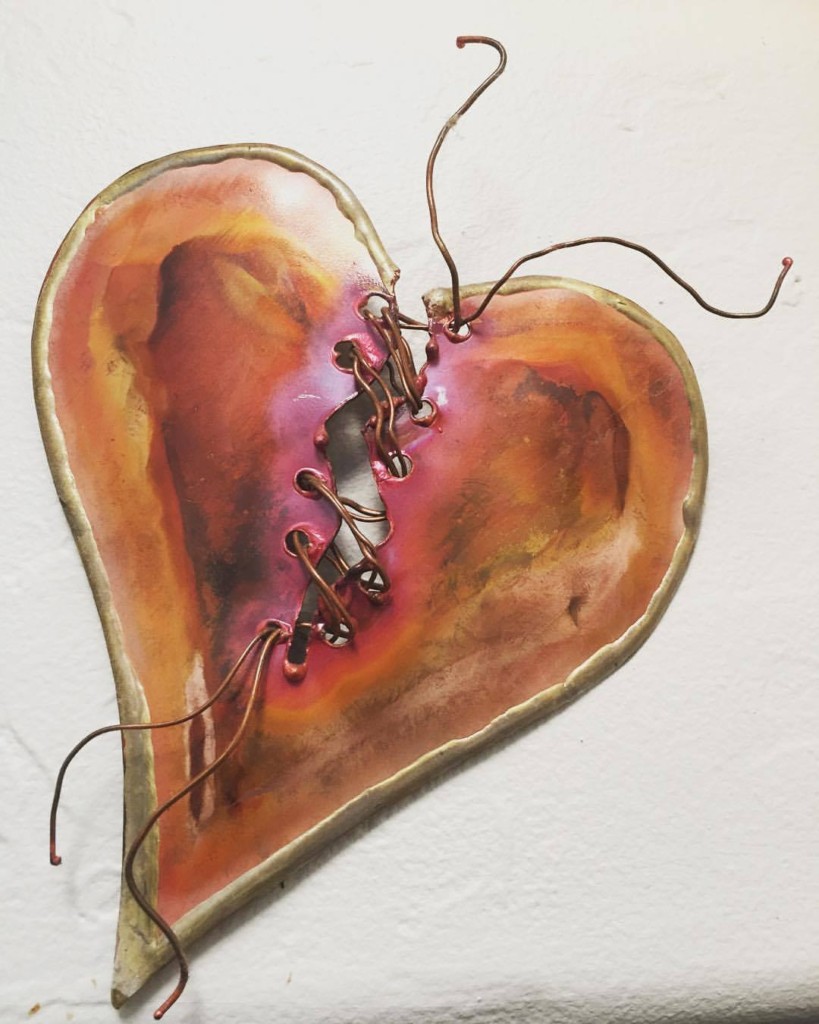 The space between here and there.

The time between then and now.

The distance between him and us.

When your world feels incomplete, always.

You are stuck in a space, yearning for this child, your baby. And yet, for the rest of the world, time moves forward.

I had to leave him at the hospital, his tiny infant body inside a cold refrigerator in the morgue.

On my way out of the hospital, the nurse guided me directly by the gift shop with the “It’s a Boy” giant blue teddy bear in the window glaring at me, as I slowly rolled by. Once I reached the entrance of the hospital, I hobbled out of the wheelchair, and gingerly lowered myself in the station wagon we had purchased in preparation for having him. Once in, I turned slowly to find his car seat, empty.

I held my dying child in my arms for the first and the last time on a labor and delivery floor of the hospital, while other families held their healthy babies and stared in amazement at their brand new and alive-ness. I held my son as he died. He didn’t move. He smelled alive. He was still warm, until he wasn’t anymore, and was taken from my arms.

My womb bled, both from being cut, and from the action of giving birth to my baby. But yet, there was no baby.

That was so long ago. The memories are vivid when I put them down on paper, but it feels like several lifetimes ago. And however clear I can picture it all, it’s so far away from here.

I sit, typing this in the waiting room of a doctor’s office, awaiting tests to calm my mind about trying for another child. I have been here for an hour just waiting to be seen. The last time I was here the appointment took 2.5 hours. Sometimes, preparing for another child isn’t as simple as having perfectly timed intercourse. It is work to get there. And I’ve been working. It’s hard not to get frustrated with our medical system where I’ve got to advocate for myself so hard to get listened to. Because I’ve experienced the ultimate loss. Because I’m not an easy case.

I remember when I was first pregnant with Luca, and the doctor told me that I was your regular old, boring pregnant mama. I realize it was said with no harm, but I look back and appreciate the irony. Nine months later, she couldn’t have been more wrong.

And now, each time I visit a new doctor or a new practice, I have to tell my story over again. I have to get the judgements and really poor attempts at empathy.

There are moments where I am living in two worlds at the same time.

I’m typing about the loss of my son, while dreaming up the thought of another babe joining us, simultaneously parenting my living rainbow love. My mind, my thoughts, I’m in so many different places always.

I dropped off my preschooler this morning, after I made her breakfast and braided her hair. In the morning before she woke, I laid next to her and whispered in her ear, “I love you so much. I will always love you. I will always be here for you”. I can’t help but shed a tear when I take this time with her. I am eternally grateful for her. I am also just as grateful for Luca.

My wife and I, and our daughter, are to most that don’t know us and only see us from the outside, a happy family. A complete family. But we have that entire history that makes up the center of who we are. It will never go away, the grief, the immense trauma, the feeling of always missing an entire piece of our beings. Though we now exist in a place where we live through the hope of our rainbow, the feeling of being incomplete will always remain.

The space between here and there.

The time between then and now.

The distance between him and us.

About the Author: Carla Grossini-Concha

Carla Grossini-Concha is a native New Yorker, living in Southern California with her wife and daughter. She lost her first child, Luca D'oro, a day after he was born at full term, after having a completely beautiful and joyful pregnancy. 18 months after Luca's death, Carla gave birth to their rainbow baby, after having a high risk and anxiety-filled pregnancy. She writes to clear her mind, and to help other families who have felt the deep and complicated trauma associated with infant loss, to not feel alone. She completed her Yoga Teacher Training in 2013 just a few months after Luca passed, and has found her yoga practice to be so healing in her journey through grief. She shares about her journey after losing Luca, on Loving Luca and on Instagram @lucadorosmom.