The Invisible Mental Workload of a Mother Pregnant After Loss 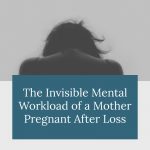 Recently articles about “the invisible workload of motherhood” have been circulating around social media. Sure enough, if you ask any mother about this mental load, they know exactly what you’re talking about. The mental lists they keep to manage their kids’ lives and their households. The tasks they juggle and complete without much recognition. This invisible workload can be emotionally crushing at times. Erin Pepler describes it in her article as “[t]he mental weight of doing it all, remembering it all, feeling every emotion in your family and worrying, constantly.” 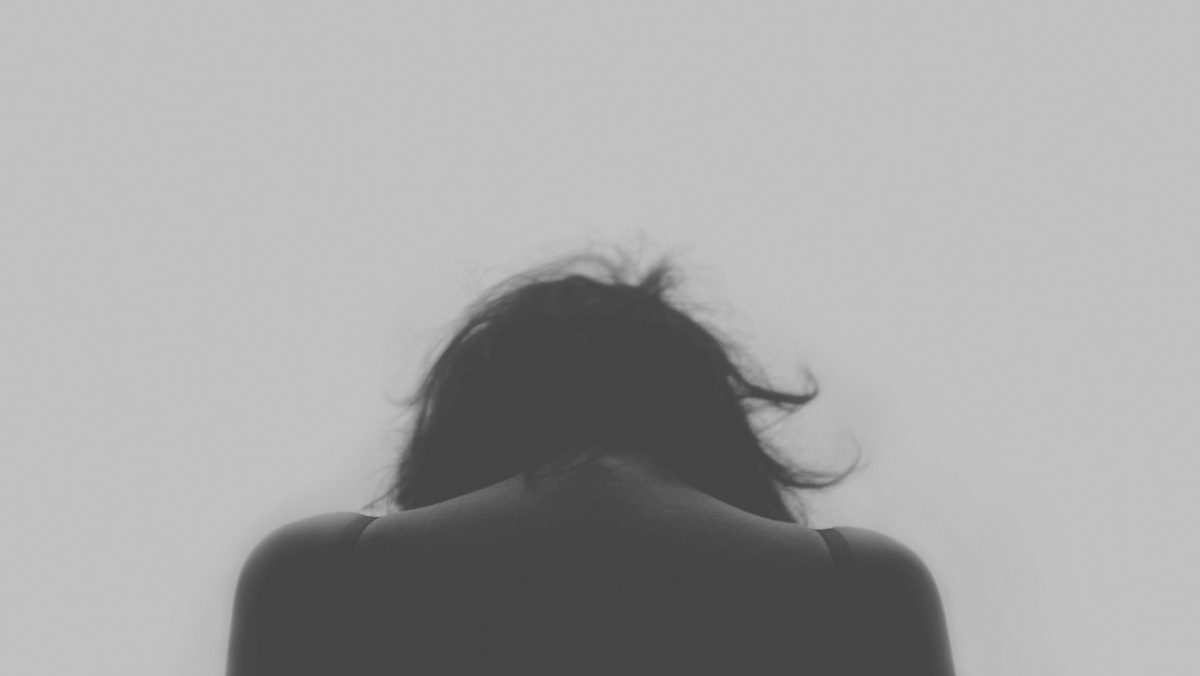 *Photo by Volkan Olmez on Unsplash

This sounds a lot like the mental workload of a mother pregnant again after loss (PAL). And really, that mental load is all that and more. Not only is a PAL mother carrying the weight of her fear and anxiety coupled with joy, excitement and hope, she’s also still grieving and, for many, still having to educate her family and friends outside the loss community about the entire experience. It’s mentally taxing to say the least.

Just as Jami Ingledue did for dads in her article, here’s a glimpse into the mind of a mother expecting after loss:

It’s always difficult to know when to tell family and friends when you’re expecting again after a loss. Many moms want to wait until it’s absolutely necessary because you can’t hide it anymore. Others prefer to let everyone know right away so everyone can cherish the time – for however long it may be – that they’re pregnant again. Some women have expressed that feeling of just wanting to hide for 9 months and emerge with a babe in arms.

How to tell family and friends again also comes into play. In addition to the excitement of planning a special way to announce this new baby, many parents expecting again after loss want to make sure the baby they’ve lost is also somehow incorporated into the announcement. There are carefully crafted scripts to show that while a PAL mom is excited for this new life, she’s also still grieving for the other child. It’s really important to make the point that this one isn’t replacing that one.

And then there’s the mental preparation for how people respond to the news. Will their excitement for your pregnancy be too much to bear? Will you cry when you tell people and then be forced to comfort them in their discomfort? Will you excitedly tell them and they will respond with caution that you weren’t expecting? You can’t predict how people will react, so you brace yourself for all sorts of feelings.

Ahh, “morning” sickness – is it a blessing or is it a curse?  For normal pregnant women, it’s usually a curse that is temporary and you just need to get through it to that exciting second trimester where you’ll feel better again.  For a PAL mom, however, it’s more complicated. We’re told sickness is a good sign for a healthy pregnancy and so we obsess over whether we’re sick enough. Or if we’re sick too much.

A normal pregnant woman can simply get excited about routine OB appointments and ultrasounds. But for PAL mom, it can be an anxious time. It could be triggering for: the time you found out the baby died; the time you found out the baby wouldn’t make it; or the last time you saw your baby alive. The moment they put the Doppler on your stomach and you have to wait for them to find the heartbeat can be the longest, most anxiety-ridden moment. A PAL mom can drive herself crazy waiting for news at the anatomy ultrasound that something is horribly wrong.

After a good appointment, there can be such a sigh of relief, but the anxiety will surely build again before the next appointment.

“Check to see if the baby is still alive before doing anything else.” That’s a common refrain we hear from moms advocating for their own OB care during pregnancy after loss.

Feeling your baby move is a wonderful moment. The moment your partner can feel the baby kick and roll is also a seminal moment in any pregnancy. The joy and excitement of learning the baby’s pattern of movement throughout the day can quickly turn into an obsession for a PAL mom. There are endless discussions about a baby’s movements in PAL support groups. She’s often wondering whether the baby is moving enough, or whether the baby is moving too much.  This obsession can be worsened if the previous loss was discovered through lack of movement.

Bonding with the Baby

It’s perfectly natural for a PAL mom to be reluctant to bond with the baby. PAL moms often stress over whether they’re bonding with the baby. There’s often a feeling that you’re too scared about something going wrong that you’re not bonding at all. On the flip side, you could be feeling nervous that you’re not scared enough. The idea being that not being scared will somehow make it feel worse if you lose this baby too.

To have a baby shower or to not have a baby shower, that is the great question. Preparing for the baby, buying items for the baby, and having others shower your new bundle with love, are presumably some of the best parts of pregnancy. But if you’re expecting again after losing a baby, buying baby clothes and necessities and planning a baby shower can feel very heavy. It can often feel like a huge assumption to a mom who’s had to bury a baby. Why buy onesies, bottles, diapers, and baby blankets if you don’t need them in the end? Why set up the nursery?  Yet, these are things mothers should do. We’re supposed to nest. This baby deserves to be anticipated and celebrated too. It shouldn’t be so hard to decide these otherwise normal rites of passage in motherhood.

All moms worry. Google likely makes a lot of money from mothers looking up symptoms for their kids. Pregnant moms worry that their actions during pregnancy will affect the baby in some way. PAL moms have the added stress and anxiety that their stress and anxiety over the pregnancy will adversely affect the baby! That can lead to them silencing those emotions only to have them bubble up and explode at some point.

All PAL moms have the (sometimes unspoken) fear that it will happen again. That lightning will strike twice and they’ll lose another baby. And they’re not sure how they will survive another loss. Once you’ve entered the pregnancy and infant loss world, you’re acutely aware that pregnancy doesn’t always end with a live, healthy baby. Nothing’s guaranteed. A PAL mom has also met many other bereaved parents and heard their stories and thus is very familiar with all the ways in which babies can die in pregnancy or infancy. Even when a PAL mom chooses to embrace the joy and excitement, and cherish every moment, it seems that we’ve all had this fear in the back of our minds. Spoken or unspoken, it’s there. And that is the ultimate mental load to carry.

The Baby Who’s Not Here

Another worry a PAL mom carries with her is whether everybody is going to forget about the baby she lost the moment her rainbow baby is here. There’s a fear and anxiety that no one will bring up the other baby anymore. There’s reason to think that everyone will believe the PAL mom is fine now because she’s pregnant again and a new baby will help heal her broken heart.

And there’s also the fear that she will forget the other baby too. A new baby demands attention and as it grows will make it harder to focus on the one who’s not here.

This isn’t an exhaustive list of the invisible workload of the mother pregnant after a loss. Other PAL moms can surely add more invisible or unspoken worries that dominate their pregnancies.

For those of you who are supporting PAL moms, please ask them how they’re doing, and really let them tell you the honest answers. Take the time to really hear them. Carrying this heavy, invisible mental load can wear an already exhausted pregnant mother down.

To my expecting rainbow moms: be gentle with yourselves. Pregnancy after loss is the hardest thing you’ll ever do after losing your baby. Let yourself feel whatever you’re feeling. We’ve carried this load, and we’re here for you. And we’ll be holding out for hope with you.