The Gut Feeling: Trusting my Intuition during Pregnancy after Loss 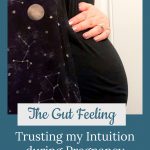 There is a lot to be said about “Mother’s Intuition.” We are linked to our kids on a level we can’t explain. It often feels like a tug at your gut in one direction or another. A feeling, a voice, an unexplained pull. We’ve all felt it. Last year I had a gut feeling my son I was carrying wouldn’t come home. It sadly turned out to be true. This pregnancy with my daughter I have that same pull deep in me, but it’s towards the positive.

My intuition that she is ok, and will be, is as strong as it was for my son and the opposite last year. So why can’t I trust it? 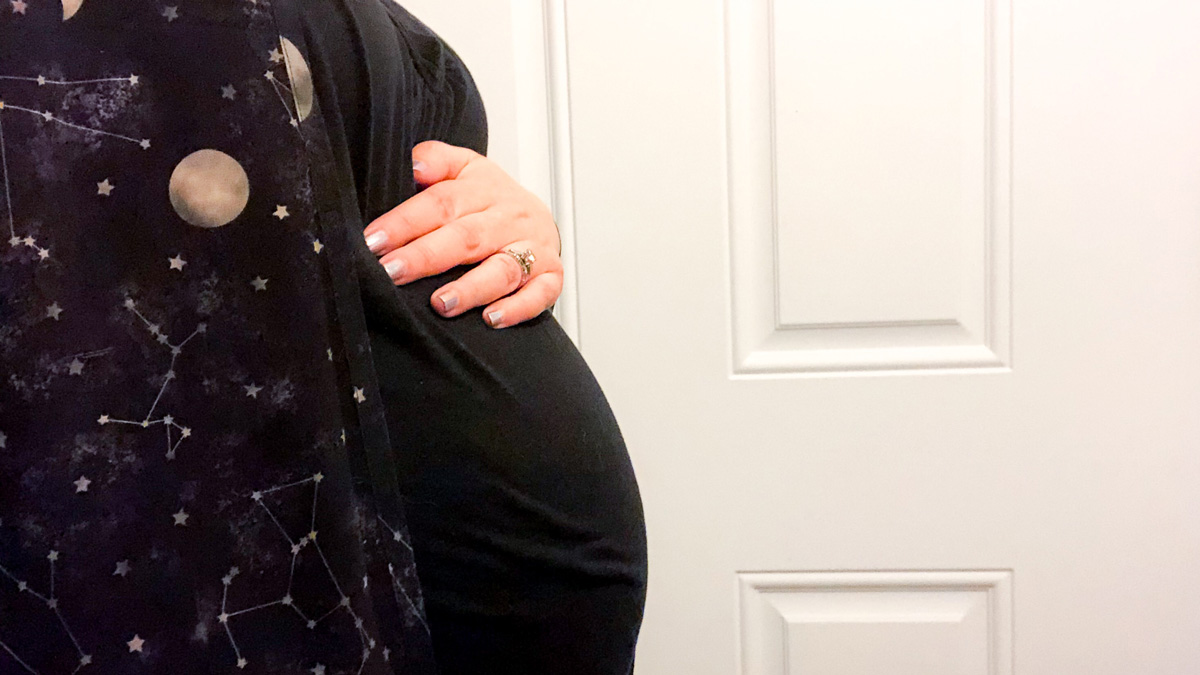 As I entered my third trimester this very same week one year ago I had nothing prepared. I had bought just one outfit. I had zero plans for my son to be home. I hadn’t set up a crib, I didn’t plan a baby shower. None of this was done on purpose to avoid but rather because my gut told me I just simply – wouldn’t need to. Imagining him home was like fighting against a deep current I couldn’t quite understand. After all, I never had these feelings with my first son.

In my ignorance, I told myself the further along in the pregnancy the less I had to worry and that I was in my own head about it all. That he would be born and then I would figure out everything I needed. It was like I was convincing myself I was wrong. To mute my inner voice. To go against myself. Obviously, I didn’t want to be right. Two weeks before losing my son I told my husband I had a nightmare that we came home from the hospital alone. He told me to not even think like that. Now I wonder – was my subconscious warning me?

On the day he died I had a million thoughts. But not one of them was of shock and surprise. The voice that bubbled there over those 8 months sat with a hum of “I knew it.”

Several months after losing him I was deep in conversation with another loss mom. I asked the question I always wanted to – “Did part of you just… know?” A resounding yes. I took to my support group, “Who else here just ‘knew’?” Within the hour 100 comments from mothers. Cribs not set up. Bottles not bought. Baby showers unplanned. Dreams, feelings, that loud gut voice. Even trips to the doctors, ERs, MFM teams pleading, “Something is wrong, I just know it.”

All these mothers with their intuitions. This current pulling them each out to the seas of their worst nightmare. For me and these mothers, the nightmares all turned out to be true.

As I enter into the third trimester again, my familiar gut feeling gets louder. This time, however, it’s reassuring and calmer seas. I wake up from dreams of holding my living daughter. I let myself buy clothes for her. I pull out the baby swing from storage. I close my eyes and I can see her, feel her. My intuition gets louder with every step that it’s going to be ok. The current doesn’t violently pull me but triumphantly guides me. I look around and see that I’m more prepared for my daughter to be home than I ever was for my son. And as much as getting ready for him felt… wrong. This time with each tiny outfit folded I hear a “YES.”

Why then, do I once again find myself fighting against my inner tug? Why does my fear still try to tell me my strong and proven intuition is wrong?

Of course, we know why. It’s the trickeries of trauma. Of grief. It is a battle against two sides which I am all the time losing, and all the time winning. But I have to overcome. A little more each day. I have to trust myself. I have to let my current pull me away from the trauma. I have to follow my gut, my heart. I focus on my daughter and ask my mother’s intuition to guide me. I tune out every noise. The pain, the trauma, the fear, the grief. I look for what’s deep and true underneath it all. I focus on my gut feeling and I hear a hum. A different tune than last year but steady and sure all the same.

About the Author: Marissa Millerline

Marissa Millerline currently lives in New Jersey with her husband Joe, and their 5 year old son, Silas. Her second son, Orion, was born still at 34 weeks in June of 2018. After extensive testing, no reason was found for his loss. Marissa is currently carrying her rainbow, a daughter, due summer of 2019. Marissa enjoys writing and sharing her experiences and hopes that other mothers can find some comfort in connection. She believes it is the most powerful thing to feel less alone. Marissa could not be getting through this journey without other loss moms by her side. Marissa is always willing to be open and honest about her experiences and can be reached by email or on Instagram.