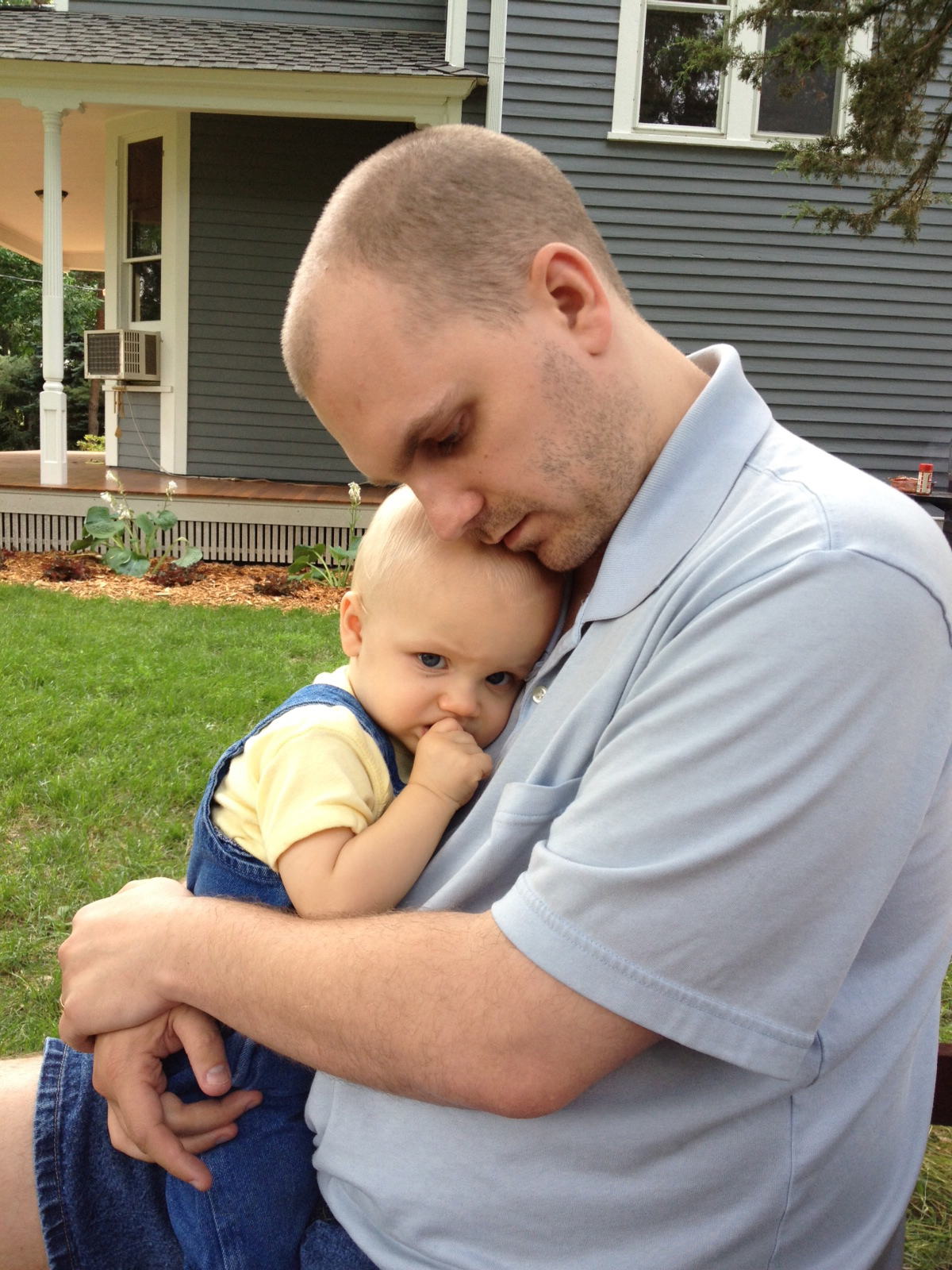 It is very difficult to handle any holiday after you experience the loss of your child. However, the holiday that bears the title of what you wanted to be, of what you are, and of what you are grieving is a whole another issue. For me, I felt that it was especially hard because my loss of Emanuel was the only thing that made me a father. My first Father’s Day came only months after we had lost him, and I was not only still grieving, but also dealing with so many of the hurtful comments that come with people just trying to help when they really have no idea what you’re going through.

I don’t know how many times I had heard, “Don’t worry about it. You’ll be a dad soon enough.”
Well, I already am. But thanks.

Still, even though we know better, and we know that we bare a scar of parenthood that most do not, those insecurities still come popping up on days like Father’s Day. “I still hadn’t changed any diapers, so how can I celebrate such a holiday.” I should know better, but we’ve all had those thoughts.

After months of planning for that bundle of joy, you’re constantly in a state of hustle and bustle. Excitement, anticipation, and (positive) anxiety are a constant as you paint the nursery and baby proof every single crevice of your home. And then the train hits you at full speed. The next thing you know, you’re back at home. With an emptiness. And nothing.

That is what consumed me for months: quiet. We all expected to return from a hospital after the pregnancy with the loudest and most unpredictable anarchy you’ll ever experience; happy chaos. Instead, deafening silence, following by monotonous ritual, ending in crippling depression.

Why, then, should Father’s Day be any different? Isn’t this just another Sunday to sit in front of a television and watch a sporting event I really don’t care about while I drink as many beers as I possibly can until I don’t remember what day it is? That would sound like a plan to me. Because, I didn’t have any of the staples.

It was just silence. The same silence we had been dealing with for months. Then I was reminded of the reason I’ve stayed with my wife through everything that life has brought us. Because I will never, ever be as good of a person as her. It was a simple card. Signed from Em.

In 2012, it wasn’t much better. We were still white-knuckling our pregnancy after loss (PAL), waiting for the other shoe to drop.
In 2013, it got better. So much better. The journey had come full circle.
In the following two years, it’s been more baseball games, wrestling matches, and temper tantrums that come right out of the blue. I wouldn’t have it any other way.

Guys, if this is your first Father’s Day after your loss, there is not much I can offer you on how to get through this day. We all grieve in different ways. But I will make one, very simple, suggestion: Just do something to honor what you have been through and who your child is in your life. For you. It doesn’t have to make sense to anyone else. It simply has to make you feel like a special dad today.

Father’s Day for dads that have been on this journey is a special day, one that we can appreciate so much more than most dads who would rather spend the day golfing, or drinking, or fishing, or doing absolutely nothing. Personally, I’d still prefer to do absolutely nothing. But I know better. Because any minute now, Eli will run around the corner with an ear-to-ear grin and yell, “You’re a silly Daddy!!” and I remember how this horrible journey has become the greatest joy.