The Boy Who is the Same Age

My best friend’s sister was due with her first child, a boy, in October 2014. I was due with my first child, also a boy, in September 2014. After my son was stillborn at 24 weeks gestation in May, I would be lying if I said I wasn’t envious of her pregnancy progressing as I stayed behind, childless. 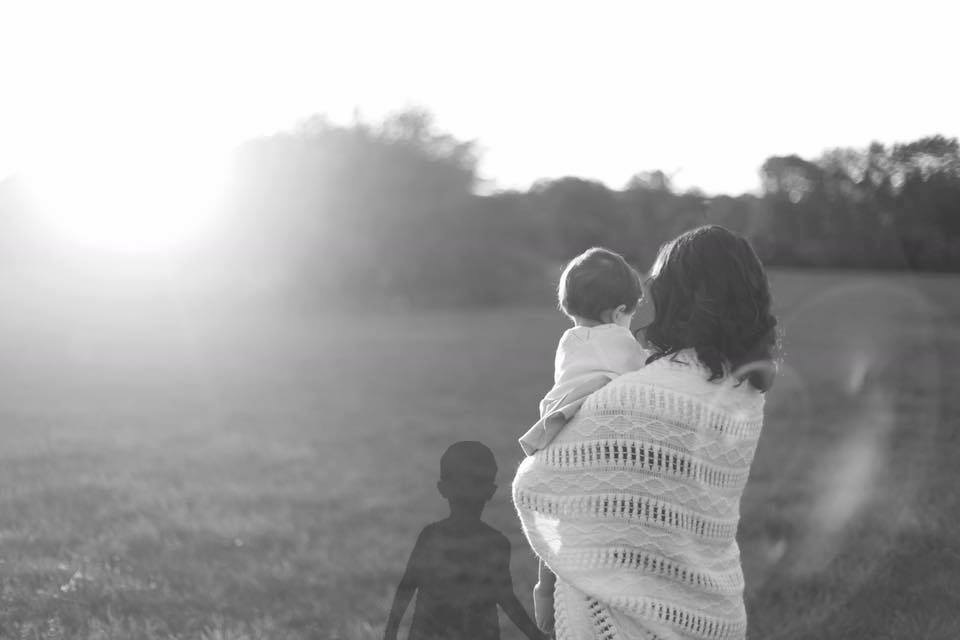 I was so happy for my friend when her nephew was born and she became an aunt, a role so natural and effortless for her as she is an incredible early childhood educator and has always been so nurturing. But it was hard for me to see photos of that baby.

He was perfect, beautiful, loved, living.

I shied away from events where I might see him. It wasn’t his fault nor my friend’s sister’s fault that my son Brayden died of course but seeing this boy in real life would have caused a searing pain that I wasn’t yet strong enough to face. The could have been, would have been – too imaginable if I could see an example right in front of me.

I did see him that first December while I was visiting my friend’s table at a holiday craft fair. I awkwardly said hi to my friend’s sister, who was so sweet as always. She was holding her baby boy. I didn’t stay long; I circled around the fair a few times with my mom who had joined me. It was hard. I was three months pregnant with my rainbow but that didn’t seem to help lessen my overwhelming grief. I cannot imagine how I would have felt if I wasn’t pregnant or if I were in the midst of cycles of trying to conceive.

I saw updates of his growing through my friend and through social media, my intense grief softening over time to a quiet but persistent longing for my first boy.

I saw him again recently; he is three and a half years old now.

Seeing him this time was maybe the test I didn’t realize I needed. When I saw him, I didn’t feel sad for myself, I felt happy for him and his mom. He didn’t seem that different than my rainbow daughter who just turned three years old. He is now a big brother to his ten-month-old brother.

We were at his home and he was running around happily playing with his brother, his grandmother, and sometimes by himself. I had brought my newest rainbow for this visit, my two-month-old, because I’m nursing and he’s easy to bring along. I had left my toddler daughter at home with my husband.

At one point during the visit, I took to the couch in the living room, armed with my changing mat, wipes, diaper and baby. The little boy’s mom pointed out that she had a changing table close by that I could use instead, which was great. It was in a small room next to the living room, a calm, quiet area.

Her son, the one who is just one month younger than Brayden would have been, sat playing on the floor. In true toddler fashion he said, “Look!” as he used a plate as a springboard for two toys. I smiled and said, “Wow!” as I lay my baby on the changing table.

With this three-year-old boy playing behind me as I changed my newborn son’s diaper, I thought for a second, “Is this what it would be like?” But then I thought, “Maybe not,” because where would my daughter be? She was born a year after our loss, and now we have this second rainbow. Where would these little ones fit into my life if Brayden had lived?

What if this were his very first Halloween and he was so tiny and new, what would his costume be? What if this were our first Christmas as a family of three? What if May 17th had no significance for me at all because instead of being the anniversary of his stillbirth, it had just been another day in my pregnancy that lasted until at least close to his early September due date?

My life has moved ever forward; it is getting harder to picture these what-ifs now. I feel guilty for that and I hope Brayden understands. I will likely always have a small sense of wonder in the back of my mind, though. I wish he were here, and seeing his would-be peer helped me imagine, even if just for a second, that he was. I am grateful for that and feel a new layer of peace in my heart.