Editor’s Note: We at Pregnancy After Loss Support (PALS) know that we serve many moms from diverse backgrounds and experiences. The following is one mom’s response to the Heartbeat Bill proposed in Ohio. This article may not resonate with you, and that is ok, but we will not tolerate any shaming or judgmental language in response to this piece. PALS is a safe place for all moms and all types of pregnancy loss. ~Valerie Meek, Operations Director at Pregnancy After Loss Support 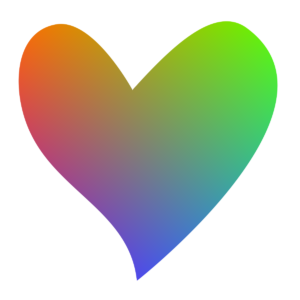 On December 13, 2016, Ohio Governor John Kasich vetoed a bill that was presented before him for signature. This bill, known as the Heartbeat Bill, would have banned abortions as early as six weeks into a pregnancy, or when a heartbeat was detected. Kasich did sign another bill preventing abortion at a later stage of gestation, but the Heartbeat Bill made no exception–no exception for rape, incest, nothing. Nothing.

This is not an opinion above–it’s a fact.

Prior to my losses, I was very vocal about being pro-choice. I don’t consider myself a feminist but I do think that what I decide to do with my body is my choice. If a pregnancy was unwanted, I didn’t think it was right for a woman to be told “sorry, no dice” on termination.

I thought a lot about my stance on abortion after my first loss. My miscarriage, at about 12 weeks, was heartbreaking. My head didn’t get to choose to miscarry, my body did. I don’t talk about my miscarriage as much as I talk about my stillbirth, but I believe that the vast majority of women who make the choice to terminate have the same gut-wrenching, sad feelings that I did at the time. They probably still do.

A lot of my life is gray, but one thing is black and white–a loss is a loss.

It DID hurt to know there were abortions being performed legally while I was struggling month after month after month to get pregnant after my miscarriage. In a way, I sympathized with these women who chose to end a pregnancy. I imagined we were both grieving.

When I got pregnant again, made it to 33 weeks, and then delivered a stillborn boy, I thought about abortion again. Would I have been ok terminating this life that I only carried and never held?

My third pregnancy, my rainbow baby, was a success. I am fortunate enough to be able to provide for her–not just basic needs but I can take her to the beach, I can expose her to a loving extended family, I can (with a tiny bit of planning) take a paid day off of work and take her to the zoo, or the public gardens near us, or go down to the fire station and check out the trucks.

Is this like having an abortion after delivery? What kind of life is this?

I know most of us struggled, wished, prayed, asked for good vibes, followed superstitions to get pregnant with our rainbow babies. That first heartbeat gave us relief and joy, and then the anxiety probably set in.

Not trying but not preventing another pregnancy, I know what I’d think if I were in the chair, waiting to see that little jelly bean on the ultrasound screen. Relief. Joy. Anxiety.

I also would think about the teenage girl in Ohio who was molested and pregnant and was too scared to tell anyone and didn’t realize she was pregnant until after six weeks because she had irregular periods. I have a choice as what I want to do with my body. Had this bill passed, she would not. We’d be in different situations with different mindsets about pregnancy, but only one of us would even have the luxury of choosing.

My rainbow baby is a girl. As much as I want to slow down time because I savor every moment, my mind jumps ahead to when she is a teen. It is my hope that she has the choices I have available to me, and makes whatever choice is right for herself, her body, her heart, and her mind at the time.