More than a Song: Taylor Swift’s “Bigger Than the Whole Sky” and it’s Importance to Loss Mamas 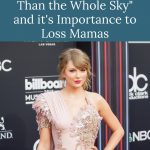 Forget April 29th, where were you on October 21st when Taylor Swift released “Bigger Than the Whole Sky,” the 15th track off the album Midnights? If you are not a fan or simply missed it, I’ll summarize. Taylor Swift, through the release of her song, has alluded to the experience of a miscarriage. I say alluded because I have yet to see any confirmed reports. Confirmed or not, Taylor’s beautiful song has stuck a chord with many and sparked a flood of tears and a wave of discussion surrounding the loss experience. There is a lot that can be said about the hauntingly beautiful song lyrically and musically, but I’m not a musician, although I can certainly appreciate the talent behind the song. 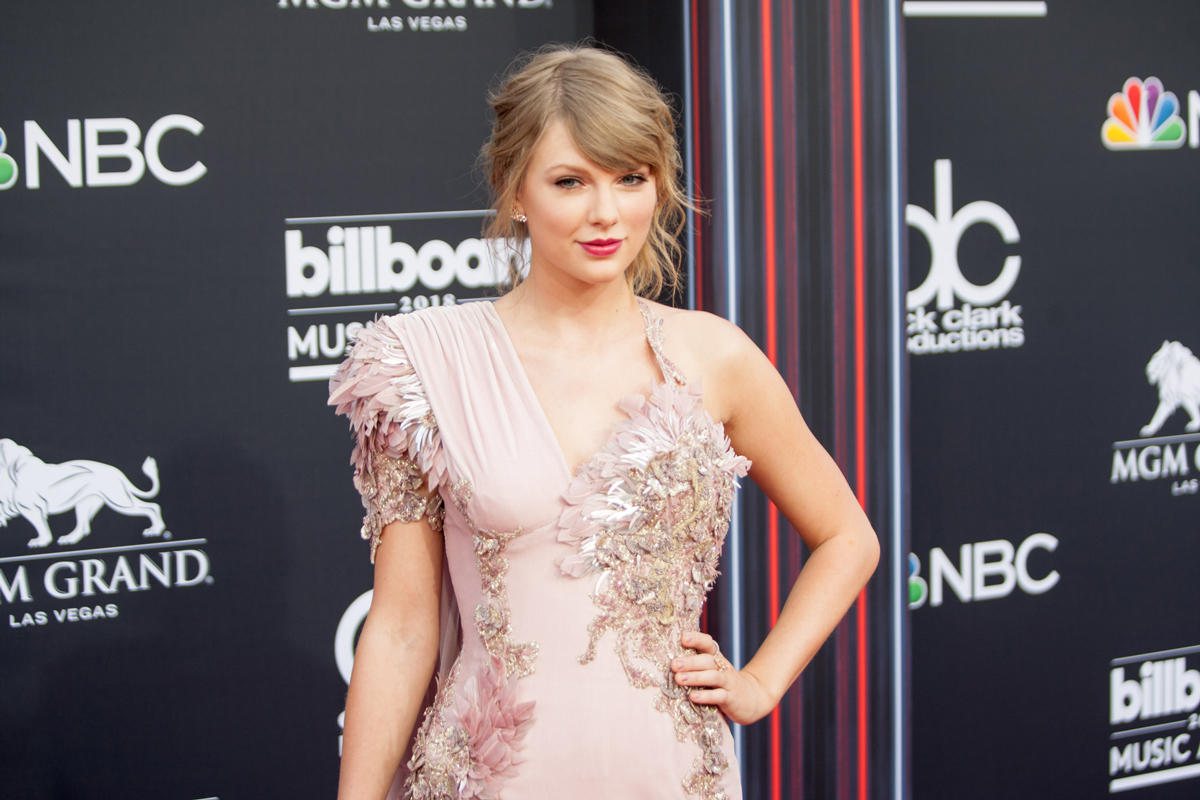 Instead, I’ll focus on some of the reasons this song gives this loss mama all the feels.

“Salt streams out of my eyes and into my ears”

This is the second line of the song and represents how far I got before bursting into tears. It’s a strange line, except if you have had the experience of lying in bed with tears streaming down your face and running into your ears. Of all the conversations I have ever had about grief, I never heard this from another Mama and was more than willing to believe that this was just a fluke that happened to me a few times. And then Taylor Swift perfectly described an experience I had during the deepest days of my grief and reminded me that so many other women must have also spent their nights wondering when the tears would slow down enough to not spill into our ears. 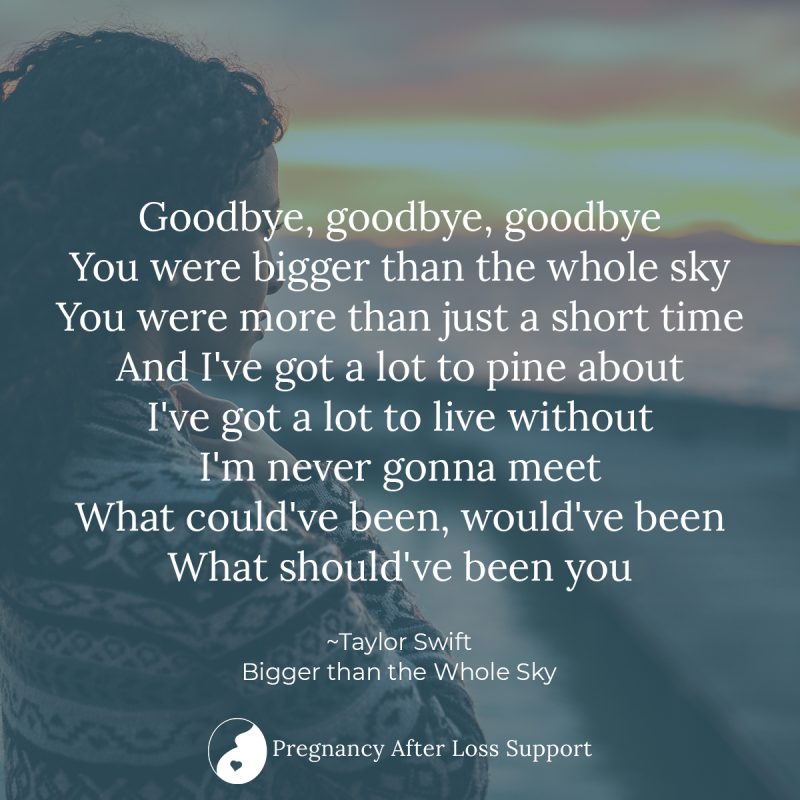 I probably don’t need to say very much about this one. Saying goodbye, the magnitude of what your baby was, even if they were only here for a brief time. It’s all there.

How many times have you had to explain that you are grieving so much more than the loss of your developing baby? You were grieving the first cry, the first words and steps, seeing them learn to ride a bike and spell, their first crush and heartbreak, graduations, jobs and marriages, and the birth of their children. Yes, Taylor, it is a lot to live without.

“Did some bird flap its wings over in Asia? Did some force take you because I didn’t pray?”

Loss can feel senseless and chaotic and far beyond our control. It can also bring an overwhelming amount of questions and guilt. I remember asking similar questions. Didn’t I pray enough> Didn’t I want it enough? Oh, how I remember. Thankfully, those questions were resolved for me and I hope that Taylor and anyone else asking these questions finds their own resolution;

This is perhaps the toughest part of it. No matter what your family goes on to look like, there will always be the sense of a missing part. The missing ‘you’ on this side of heaven, even though, for me, there is the comfort that we will see our children again.

I have written before about some of my favorite songs that speak of miscarriage and child loss, and “Bigger Than the Whole Sky” will definitely have a special place in my heart. I don’t want to speculate too hard as to why Taylor wrote this song; I think that is the less important fact. What I would do is thank her for providing an opportunity for so many to speak on their loss, some for the very first time.

What did you think about Taylor Swift’s “Bigger Than the Whole Sky?” And what are some of your favorite songs about pregnancy loss?