The Struggle of My Best Friend Being Pregnant After My Loss 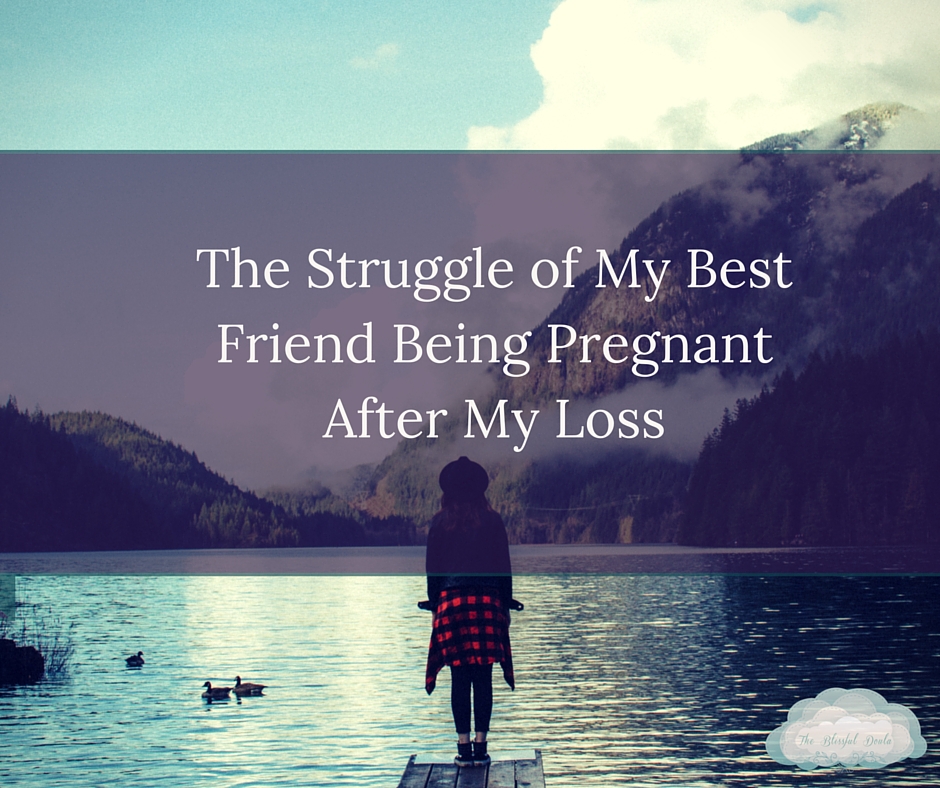 The Struggle of My Best Friend Being Pregnant After My Loss

A few weeks after I lost my first son at 4.5 months’ pregnant, I found out that one of my best friends was pregnant.

I wish I could say that I was happy for her and my heart didn’t break into a million pieces but that would be a lie. I was quite simply devastated.

Fortunately another good friend told me the news and I was beyond grateful. I cannot imagine having to hear it firsthand, for that kind of heartbreak is difficult to hide and I would have felt awful had she seen me drop to the floor sobbing. In that moment my grief felt so heavy that I could not have even pretended to utter congratulatory well wishes.

Those words hit me like a bullet and it felt as though the wind had been knocked out of me. After my loss it seemed as though every time I planted my feet on the ground again, I was knocked over by either another pregnancy or another baby being born, but this one was by far the hardest.

But I was pregnant first……

The Selfish and Loving Choice for me to Stay Away

It took me a long time before I could see my friend – actually over 3 months. It was both a selfish and loving choice for me to stay away. It was selfish in that I needed to distance myself as the thought of her pregnancy amplified the hurt of my loss; I couldn’t pretend to meet her with the love and excitement this time in her life deserved. It was loving because I didn’t want her to feel guilty about her excitement, or to lessen any bit of her joy which would be unfair for her.

I wish I could say that after three months it didn’t bother me, but it did. I left our first dinner crying and overwhelmed with jealousy, sadness and grief. I kept thinking. “It’s not fair. I would make a good mother too, I can’t understand why she gets to have her baby and I don’t.”

It’s safe to say that grief isn’t logical, and in the months following my loss I attempted to reason with my grief. I tried to understand why it happened or what I did to deserve it. I had such a hard time processing why something so awful had to happen to me; but ultimately there were not answers, just A LOT of lessons.

My friend now has a beautiful daughter, and I was blessed to have my second son only four months after her daughter was born. We got to spend our maternity leave together, learning and transitioning and experiencing the beginning of motherhood together. Not once during her pregnancy did she fail to acknowledge my first son, and to this day she is the first to say his name and talk about him watching over Gibson.

I didn’t know it at the time but this experience would strengthen our friendship tenfold and allow me the space to grieve, and grow and love. I wouldn’t have chosen it this way in a million years. But learning to accept that it is out of my control was one of the greatest lessons so far.

About the Author: Meg Kant

Meg Kant lives in Sudbury, Ontario and is the owner of The Blissful Doula. She is a birth and postpartum Doula, Psychology Graduate, Wife and Mom to her son Gibson and her angel baby Zennon. After experiencing Pregnancy After Loss, Antenatal Depression, followed by the Beautiful Mess that is motherhood, she has become passionate about sharing her experiences--the good, the bad and the beautiful. You can follow Meg on Facebook and Instagram.