After the storm came the hurricane. A story about PPD with a rainbow. 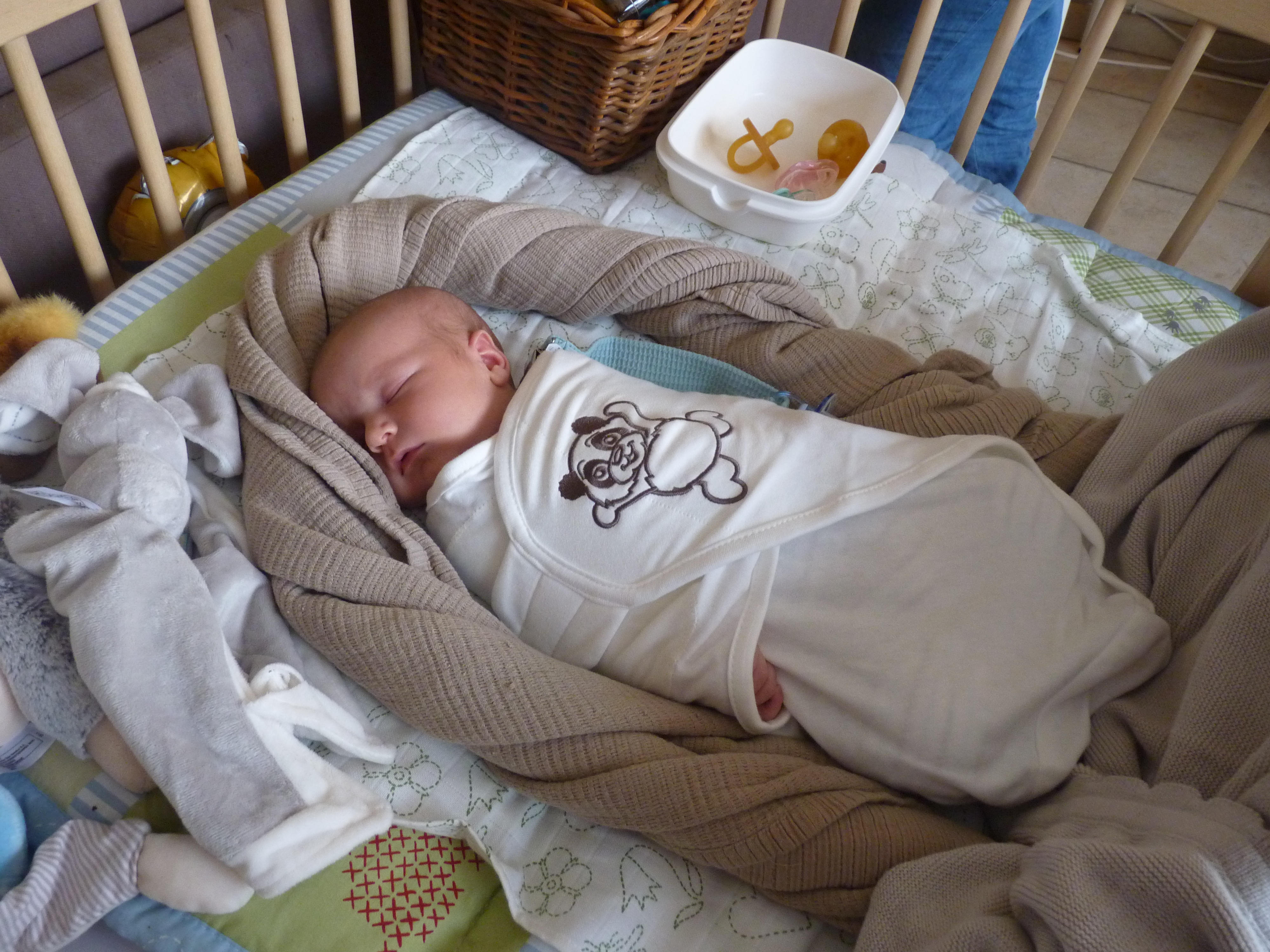 Alexander let out the tiniest of cries when his head emerged. Not yet fully born and making himself known was a sign to me. The sign of being deadset on living. As his whole body was born I remember my thoughts saying, “God, he is big.” Followed by a weigh in one hour after birth, 10lbs 2oz and 22 inches. He was big, perfect and he was strong. And I’ve lived off of those highs. Until 2 weeks after his birth and the shadows came..

I remember a huge void where most of my thoughts came to die. K went back to work and I was all alone with him. I felt like I was drowning. Barely gave myself any time to eat as I was living to take care of him. It slowly took me down. When K came home I handed Alex over to him. I turned on the shower and cried and cried and cried. I was supposed to feel better, to feel stronger. I was supposed to be over the moon. I did have so so much love for him but didn’t know how to direct it to him other then the kisses I gave to his forehead and nose. I felt so much love, and pain and a great great anger for not having Elli when I took care of Alexander. I took my daughters life away so she could die in peace. But it brought me to the consequence of my actions when taking care of Alex. “This is what I have been missing. This is what I have taken away too, regardless of her medical condition.” My heart bled for every second that was lost. I became more and more overwhelmed, and I tried to put Alexander in his crib so I could breathe for a second. If only one. And once he settled back into his crib it became harder to pick him back up. His cries send shivers up my spine. My stress levels went through the roof. I bottled up all of these feelings for so so long. I quit going outside by myself and quit meeting with my friends. My heart felt like the equivalent of Puerto Rico after hurricane Maria hit.  Shattered and cut off.

I did everything with a minimal amount of effort, and besides taking care of Alex I watched every kind of series on the internet that I could to numb my brain. To numb the guilt and the last memories of my daughter. I just wanted to be alone and not feel anything, but I felt so bad for it at the same time. After all that our family went through, this was my gratitude to the life I was given. My self-esteem plummeted along with my self care, and I hardly gotten dressed for anything as it took everything from me to take care of him. I sung songs, i wiggled his tiny toes, fed him my milk and hugged him tight. But I would dump him in K’s arms the minute he came home and I raged and raged to him for all the hormones and emotions that swept through my being. This was my life for the first 4 months of his life… Just wishing it all went by faster.

When he hit 16 weeks K taught him to roll over. Alex started entertaining himself for a short amount of time then and I got the biggest smile when he did. My heart just flickered a tiny bit when he played by himself. I could move around and I even took him for walks from time to time. Fresh air got a little life in me. The hurt and the anger settled down bit by bit as I started finding more joy in being a mother to this divine creature. And I had the strength to love and see him for what he was then. But I still didn’t go out much for things other then small walks. Baby steps. You just got to keep on going.

At 6 months I stopped pumping breastmilk (pumped from 3 to 6 months full-time as he didn’t want to breastfeed), and I went down another tight hole in the ground. Stopping cold turkey while recovering from PPD is about the worst you can ever do as you trick your body into thinking that the child you nursed died. I didn’t recognize my depression for what it was back then so  I actually believed that I made a mistake by wanting children. I believed that I couldn’t cope with it. For a week after stopping with feeding I couldn’t sleep and I cried for the whole seven days. But then the light returned and it got better each day. Breathing a little lighter with my loss and my guilt. I still miss her so so much. But I also believed that this isn’t how I should live my life. Alex needed a happy mom and I just needed my life back! I came around to admitting my depression only at 13 months when we went to a child psychologist because Alex still wasn’t communicating in any way. He didn’t clap, he didn’t point, he didn’t speak. The psychologist asked me how I was coping with motherhood and when I openly told her how I felt she responded to me that I had the tale of a classic postpartum depression. She then proceeded to ask me if I felt the need to talk about it and I said no. But I went home, broke down, and I told my mom and one friend about all that I was feeling. A lot of people don’t even know now as it is a taboo subject. ESPECIALLY for a loss mother! (BTW Alex is fine, he is just considered being a late bloomer.)

He’s close to hitting 16 months now! We are a great team and managed in to a routine. He ALWAYS smiles, loves to run around. And when we go out he needs his every move watched because he will eat everything he can find (hello rabbit poop). He brings a smile to our faces, and he truly filled my gaping heart. The only remainder is still being overwhelmed easily, but we’ve managed to work around that as I am still healing. Elli will never come back and some of it will never heal. But I’m finally able to stop myself from guilt tripping for terminating Elli’s pregnancy at 32 weeks. I finally stopped feeling guilty for having an off day from day to day. I’m okay for now for choosing a solitary life above a social one. Stopping with pushing the healing process was the greatest kindness to give myself. Allowing to feel what must be felt, but then also go back with moving on was key.  We are okay with feeling everything as long as we keep moving. No matter on what pace. Just keep moving, keep breathing, and one day it will get easier. Termination for medical reasons (TFMR) will never be the easy way out for a mother. It will never be “oh but you did the -right- thing.” Choosing to end your child’s life is never good, never right, and never easy. And it makes me feel good about myself when I speak up when people say I made the “right choice.” I kept quiet for too long. I kept nodding and I kept smiling. I didn’t want others to carry the load. My precious firstborn is gone forever, and I still need to cope with that each day. People around me never notice the gaping wound that is still there as I have become an expert of hiding it. If there was one thing I could advise regarding to miscarriage, TMFR , stillbirth or just depression after trauma in general, it is that you ALWAYS walk alone with your issues. Speaking up about them makes the load lighter for yourself. Not harder on others.  Please talk about it. Don’t let it take over this precious time like I let it with mine. Acknowledge that what you are feeling might not be okay. Speak up. We all deserve to feel safe, guarded, loved and supported. 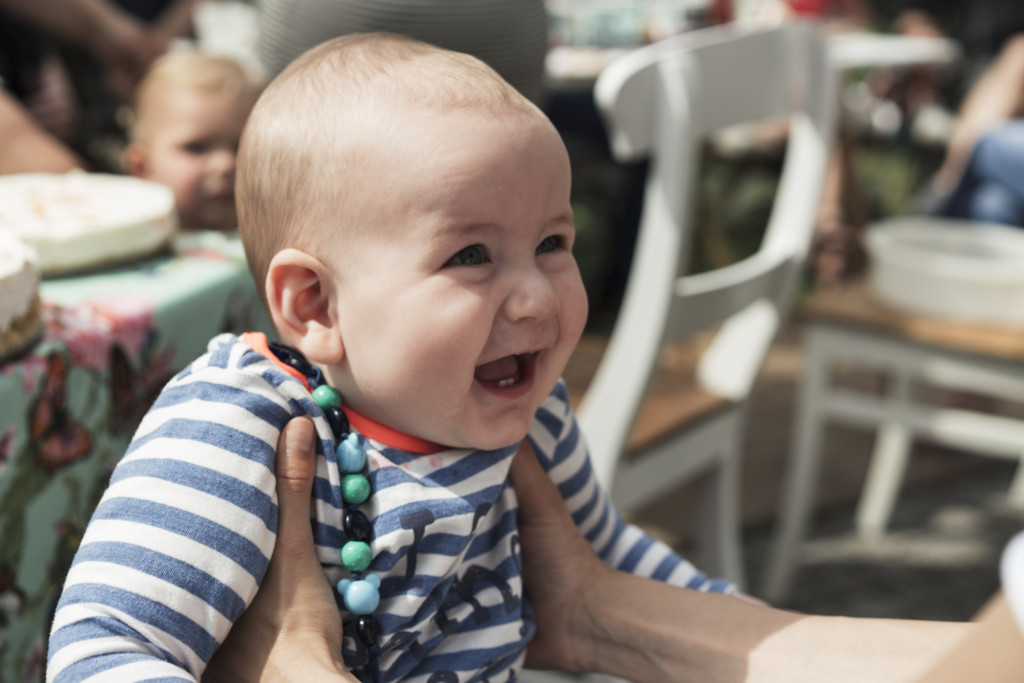 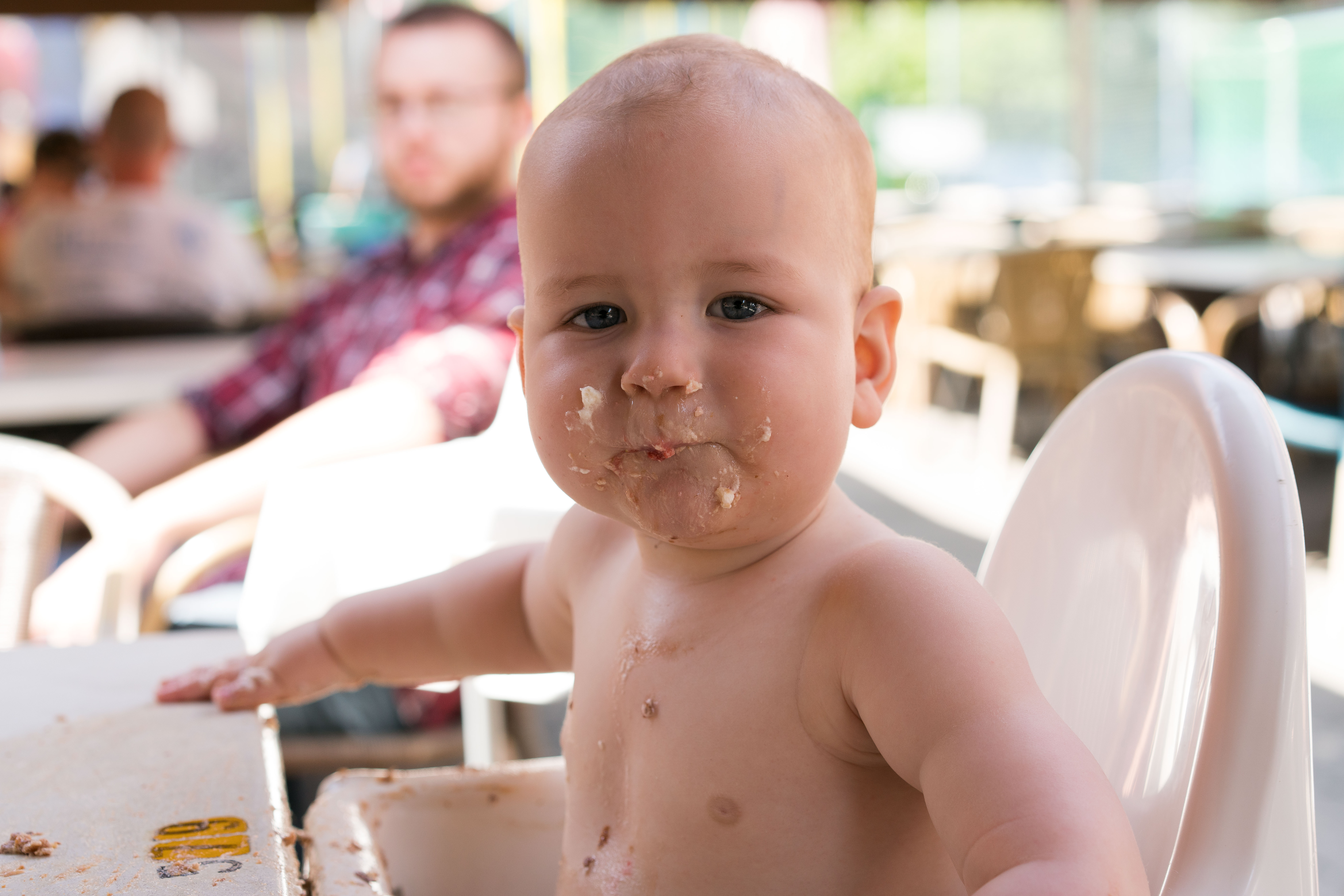 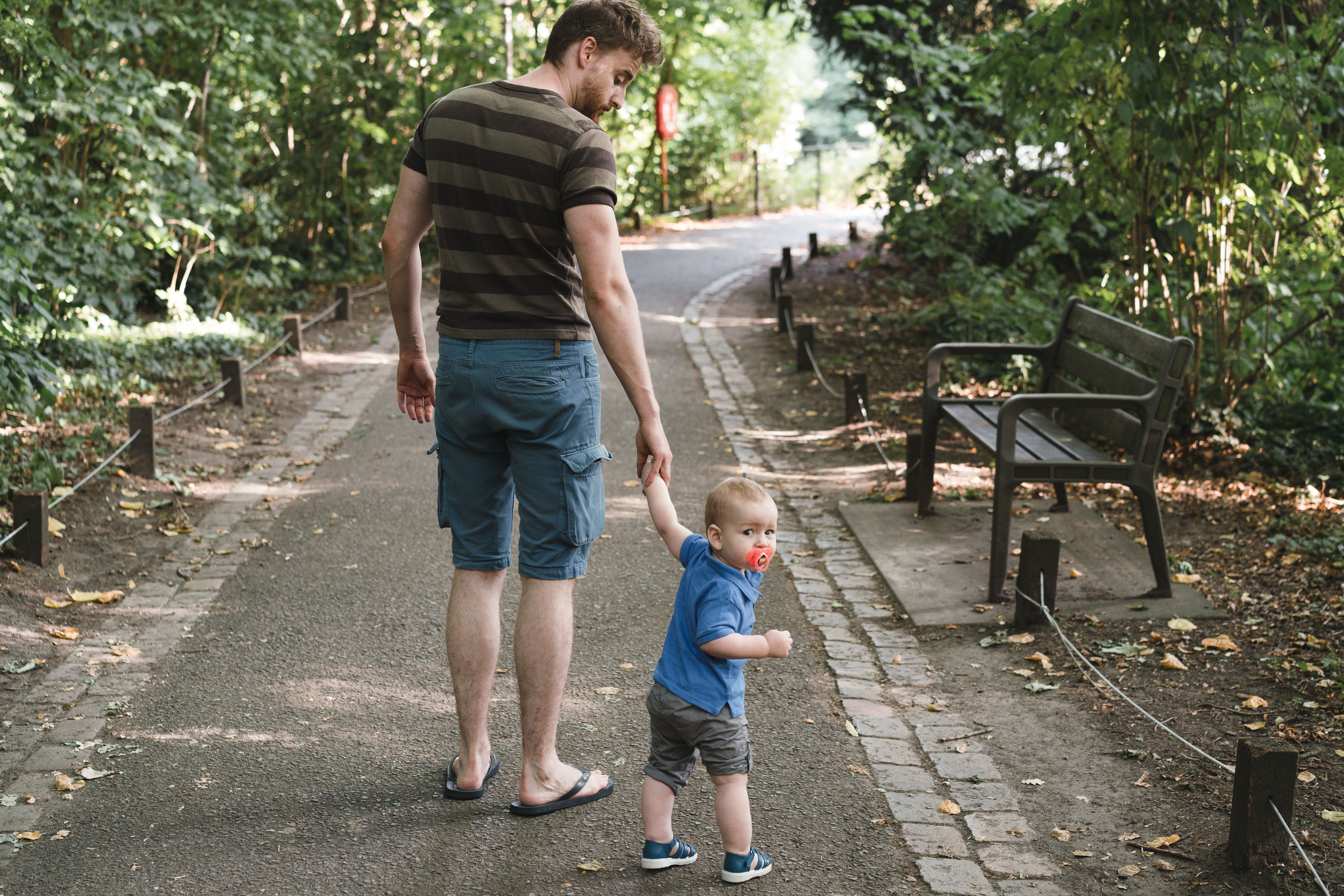 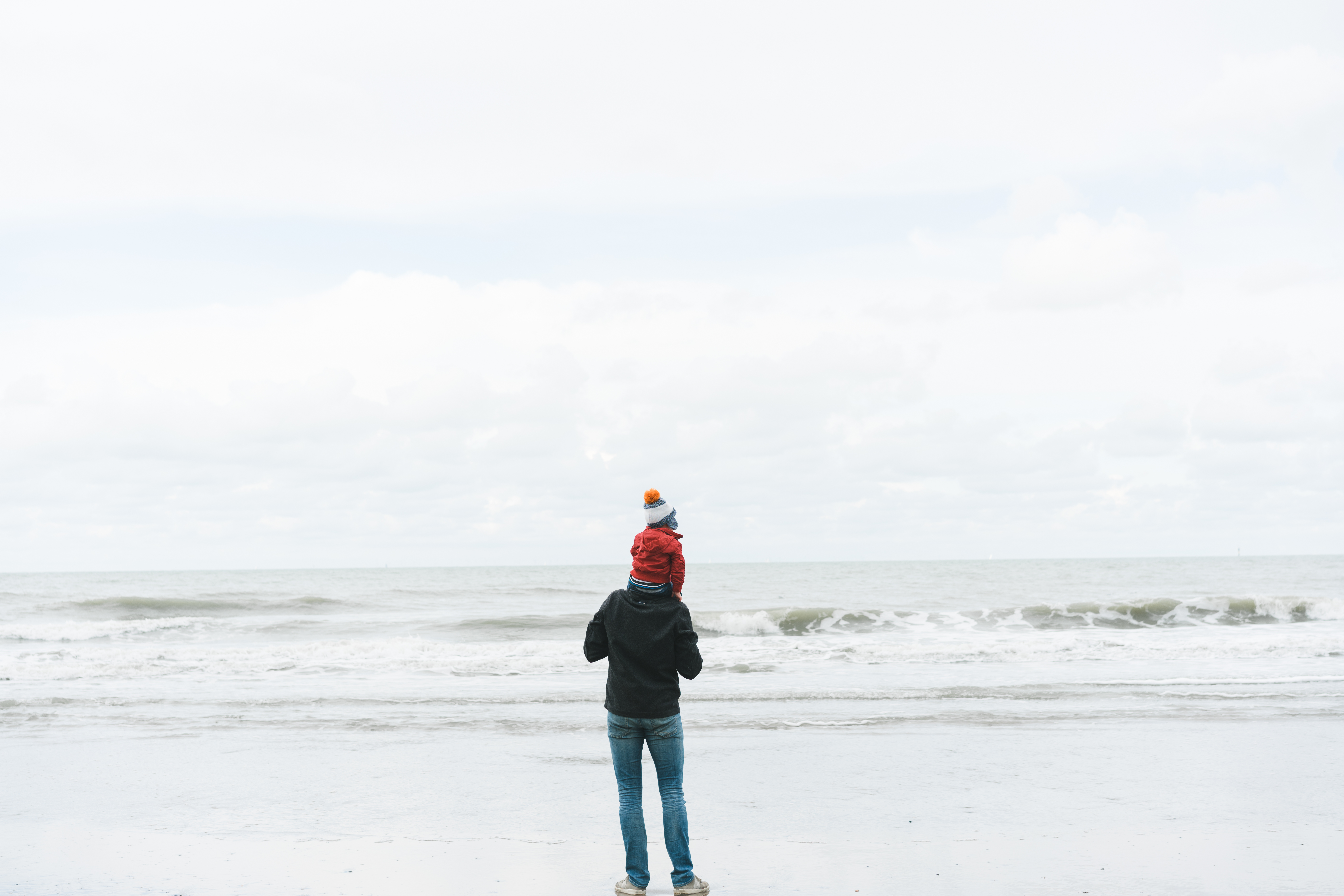 About the Author: Saskia Volders

Saskia Volders is a 25-year-old living in Belgium indulging in all things art and parenthood. She and hubby expected their first baby, a girl, due on the end of June 2015. At 29 weeks their love bubble burst when they found a brain anomaly and after weeks of waiting and testing they found out that she had a chromosomal disorder with potentially fatal consequences. Being in Belgium a special meeting was set up and within 5 minutes doctors and jury gave their verdict that their little girl was better off in heaven. Both Saskia and hubby didn’t want their daughter to be in any pain so at 32 weeks baby drifted off to eternal sleep and received her name. Eleni was born, beautiful and still. Five months later they are pregnant again and thrilled to have Elli’s sibling, but also scared and uncertain in how this new journey will turn out. Saskia addresses her posts both towards her son Alexander and towards her grief for the loss off Elli. She has written about her journey on Saskia Volders.