Don’t Sleep on your Back: a report from ISA Cork 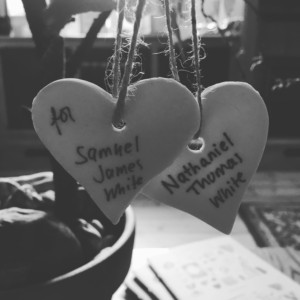 Amulets for Nate and Sam

The International Stillbirth Alliance (ISA) Conference was going to be on September 23-24th. I saw that as a sign. This was going to fall on Nate and Sam’s 10th birthday. I had been to the previous ISA conference, in Vancouver in 2015. It was so well organized and thought out it. Very rarely do parents, researchers and clinicians all get together in the same room. Very rarely do they all talk to each other in ways that bring meaningful change. At ISA, I saw it happen, and it was beautiful.

Can I possibly recap two days of scientific breakthroughs in one blog post? No, but I’ll try to give some highlights. Fortunately for all of us, the abstracts of everything presented can be found at BMC Pregnancy and Childbirth.

The research was grouped into several specific streams, including: 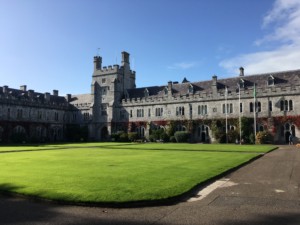 I’m so excited to see important research being done in all these areas. Each and every one of these improves the lives of real people just like us!

In the research into causes of stillbirth, a few presentations appeared to be a game changer. For some context, in my day job I do systematic reviews. A systematic review is where researchers take multiple studies and put them together to form a comprehensive whole which can hopefully change medical practice. You can read a little more about them in a previous PALS post.

But the time it takes research to change practice is heart-breakingly slow. The example I like to teach my nursing students is SIDS prevention. In 1944, a pathologist in New York state noticed a disturbing trend. 68% of the babies who had died in the past year had all been found lying on their stomachs. He published his suggestion that stomach-sleeping might be linked to SIDS. Over time, more research was done, but none of it was convincing enough to change practice. However, by the early 1990s, the evidence proved overwhelming. One nurse estimated that 60,000 babies lost their lives unnecessarily due to not looking at research evidence into safe sleeping positions.

Which brings us back to ISA. Some researchers in New Zealand wondered if what was happening to babies outside the womb, was also happening inside the womb. Could mothers sleeping on their backs while pregnant be unknowingly restricting blood flow to their babies, starving them of oxygen?

Three sets of researchers, two in New Zealand and one in the UK, sought to find out more about this. The first set of New Zealand researchers took one approach, putting 10 pregnant women who were otherwise healthy into MRI scanners, to see if they could see changes in blood flow when they were lying on their backs or on their left side. They found that cardiac output (how efficiently the heart pumps blood) was the same in both positions. However the blood flow and diameter of the inferior vena cava were reduced when lying on their backs, which affects how blood flows back to the heart from the body. They speculate that this might contribute to stillbirths in some instances. 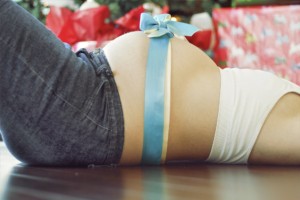 Lying on her back? Maybe not a good idea.

The second set of New Zealand researchers placed 30 pregnant women in a sleep lab. In the lab, researchers monitored their breathing and position throughout the night to see if there was a relationship between lying on their backs and measured breathing. They found that while none of the women met the criteria for sleep apnea, they didn’t breathe in as deeply when they were lying on their backs. Women also were more likely to move out of that position, which suggested that even while asleep they were uncomfortable.

So what’s the take home message? Tonight, as much as possible, go to sleep on your left side and avoid sleeping on your back!

My book Joy at the End of the Rainbow: A Guide to Pregnancy After a Loss is available now through Amazon* or your favorite book retailer.

*This post contains affiliate links at no additional cost to you. PALS will receive a small commission if you purchase from this link.