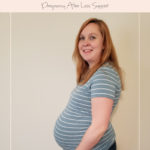 I remember feeling so worried that my body would fail me and I would go into labor early or that something else would happen. So, as tired as my body feels, I keep reminding myself that hitting 38 weeks is actually a good thing. I know that if she were to be born now, she likely wouldn’t need any NICU time or extra assistance. The ultimate goal is to make it to 39 weeks, since that is what is now considered full term by many doctors. And, now I am only a week away from that. 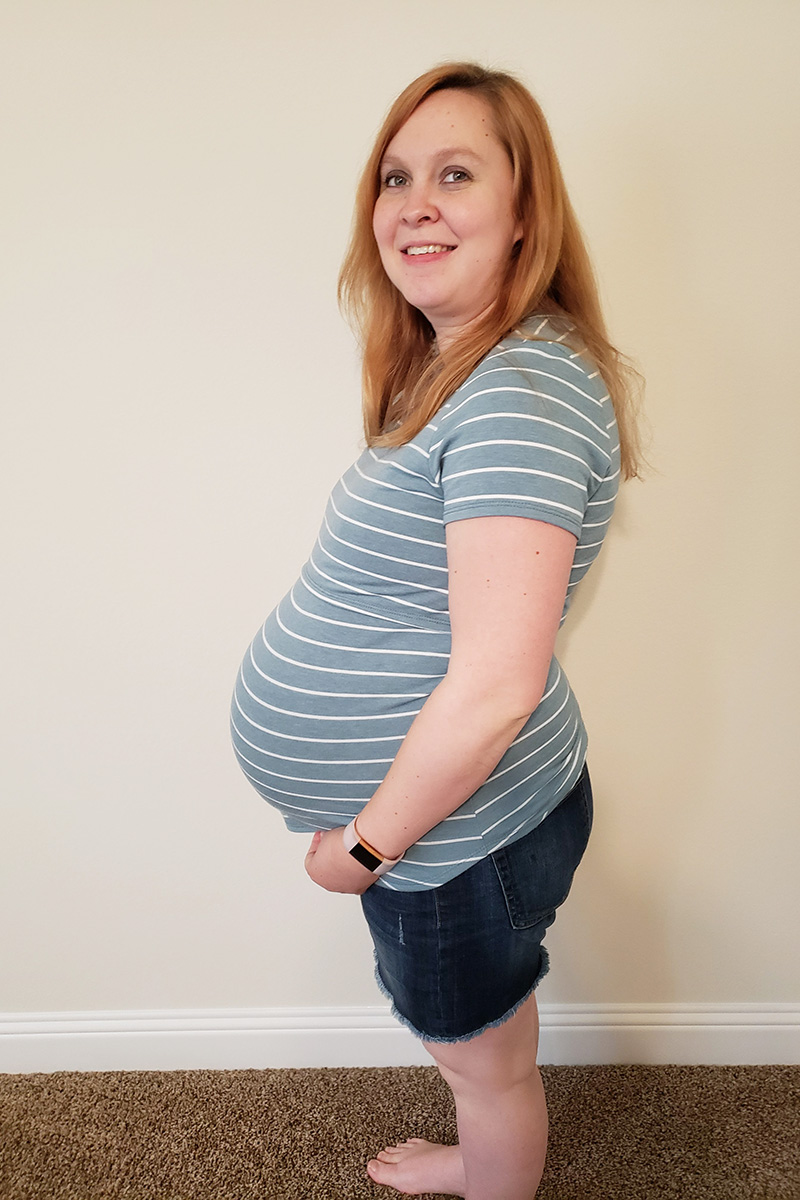 I went to my OB this past week and they did another ultrasound.

Fortunately, she is still head down and in the right position. She was practicing breathing again and moving around a ton. They estimated her weight at around 7 lbs 1 oz, so she is definitely on track to be about the same size as my son. I do seem to be dilating on my own some, so really hoping that she will just come on her own before my induction date. My water broke at 39 weeks and 1 day with my son, so the OB said chances are good my body will do it again on it’s own. If I make it all the way to the induction date, that is still only 10 days until she is here. It seems so close, but still so far away!

I thought it was interesting that I got an email from the hospital where I will deliver with the birth certificate information that I could fill out ahead of time. They said it was in order to save time at the hospital and also to avoid spelling errors due to being on medication during labor. I think it is actually a smart idea, but I was wondering why one of the things they wanted to know was my pre-pregnancy weight and my post-pregnancy weight (which will obviously have to be filled in after I deliver). I just was not sure how that was relevant to anything.

I have also officially washed everything she will need for the first few weeks and have started to pack my hospital bag.

I never even packed one with my son, but trying to be more prepared this time. Is there anything in particular that you found useful when you packed your bag? I am trying to not forget anything even though I know it’s only a two night stay! I finally did pick the perfect going home outfit for her. I don’t know why this was the thing that I was so indecisive about. It seems like such a simple decision, yet I just couldn’t make up my mind.

I was worried that I would go into labor this weekend, while my dad was recovering from surgery and my mom was out of town. I started having more than usual Braxton-Hicks on Friday, which made me nervous, but then they stopped and I haven’t had as many since. My mom and husband have both been in the delivery room with me both times, so I hope to have them both there again.  It is nice to have double the support.

On an unrelated note, we still have the blanket that has our angel daughter’s name on it and was used for the pictures that were taken by Now I Lay Me Down to Sleep.

We also have some of the clothes the hospital provided for her to wear during the time we spent with her. I can’t decide what to do with them. They have just been sitting for over a year now because I just couldn’t get them out to look at them. But I don’t want them to just sit in a box or bag forever and want to do something special with them. I thought about doing a shadow box, but not sure if there is something better. So, if any of you have done something special, I would love to hear about it.