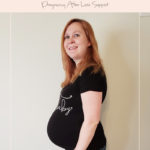 I had my last appointment this week with my MFM and am officially released. Everything was still looking great and they don’t see any issues. They estimated her current size at around 6 lbs 3 oz, which means I will likely have another 8 pound baby, just like I expected. I got to see her practice breathing again, which I still find so amazing. And, of course, she wouldn’t show her face again. She likes to have both hands in front of her face, which means we can’t really get any good 3D pictures. The baby was also moving the entire time. 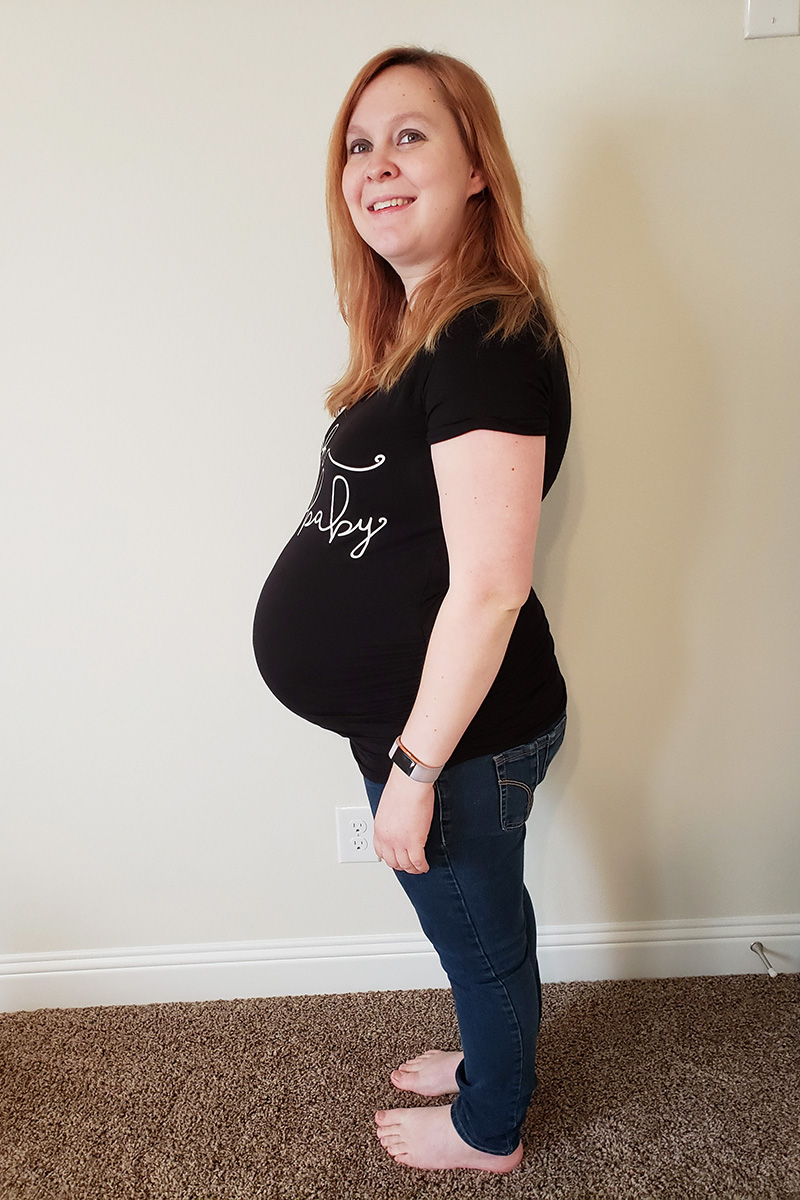 The MFM gave me the information for a pediatric cardiologist that we can have do an echo of her heart after she is born. She said this is sometimes something they do after you have a baby that has a heart issue. She also said that since our son didn’t have any heart issues, that it is likely okay if we do not do it. I went ahead and took the information anyways and then we can decide later if it is something we want to do.

Now, my next appointment with my OB is on Friday.

That will be just the standard check, but they will also start checking for dilation. I had talked to my OB last week about how I just did not feel comfortable going past my due date.  I know there are risks that can come with going past your due date, so I would just feel better not going past. I know that we lost our daughter because of a chromosome issue and not anything on my body’s part, but I just felt it was something I needed to bring up. She said we could talk about it at the appointment this week, but that maybe we could get one scheduled for June 12th, which is just four days before my due date. I would be perfectly fine with doing that if it brings me peace of mind and gets her here safely.

When I gave birth to my son, it was the Friday before Mother’s Day and we were actually discharged from the hospital on Mother’s Day. I realized just the other day that my current due date is Father’s Day this year. So, it would be kind of cool to have one born right around Father’s Day too.  Really, I just am ready to bring her home so I can stop the anxiety of this pregnancy.  If we get induced on the 12th, then we officially have just a month to go!

I am planning to work up until I go into labor, which is the same as I did with my son. I will probably start working from home beginning in June, but I want to save all of the time for when she is born. It feels more real every day that I will get to actually bring her home. I still have some fears, but with each appointment that goes well, my confidence grows just a little.

Our son is getting excited about his sister’s arrival as well.

I am so excited for him to meet her and become a big brother. He is already expressing fears that she will take his toys, which I have assured him that she will not (until she’s older and more mobile at least)! I am glad that he is excited and just hope that he stays that way after she is born. I know when my brother was first born, I was not at all thrilled and even told my parents to take him back. But now we get along great and I am glad I have a sibling.

I was thinking the other day about how different my life would be if I decided to let my loss define me and to let it “win”.  I refused to let myself constantly dwell on it and not get back to my new normal. I’m not saying that I am never sad about it, or don’t miss her, or don’t think about it.  But I also decided that I was not going to let one horrible thing define who I was and that I would keep moving forward and growing strong. I feel like I have been able to do that for the most part and am proud of that accomplishment.

Sarah Pruitt Cox lives in the Dallas, Texas area. She works full time as an accountant and tax preparer. She is the mother of a 4 year old son and three babies in Heaven. Sarah had trouble getting pregnant, but gave birth to a healthy baby boy named Nolan in 2014. Afterwards, getting pregnant was still a struggle. She had a chemical pregnancy in 2016, followed by a miscarriage in early 2017. Sarah became pregnant with her daughter, Jasmine Grace, in August of 2017. This was a rough pregnancy, and at the 13 week ultrasound they discovered that Jasmine had CDH (congenital diaphragmatic hernia). After an amnio was done a few months later, they discovered she also had mosaic trisomy 15.  Sarah and her husband had made plans to see a specialist in Florida, but the issues were too much for Jasmine and her heart stopped beating around 32 weeks. Sarah then had to deliver her, where she was born stillborn. She now wants to help other women who have experienced a life-changing loss like this and ensure that no one ever feels alone when going through this. Sarah has been writing about her loss through her blog Life is Stupidly Unfair: A Mom's Journey of Survival.