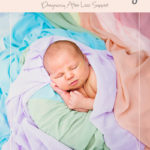 Due to my prior loss, I had talked to my doctor about scheduling an induction before my due date. I just did not feel comfortable going past that date. I was due on June 16 and we scheduled the induction for June 12. I still had hoped that I would go into labor on my own before then, but that did not happen. I spent the two days before trying to take some walks and eat spicy food in order to encourage labor. No such luck!

Fortunately, I was already dilated to a two the week before, so did not have to go in the night before. When I was taken back to the labor and delivery room, I had a rush of emotions come back. All the rooms look the same, so it looked exactly like the one where I delivered our angel daughter. Thankfully, it wasn’t the exact same room. They got me all settled in and started the IV for the Pitocin a little after 8. I really do not like Pitocin and was hoping to avoid it by going into labor on my own, but my body does not seem to want to have contractions without a bit of prompting. I have had to have the medication with all three of my deliveries, even when my water broke with our son. The doctor came in and broke my water and said she would come back to check on me. 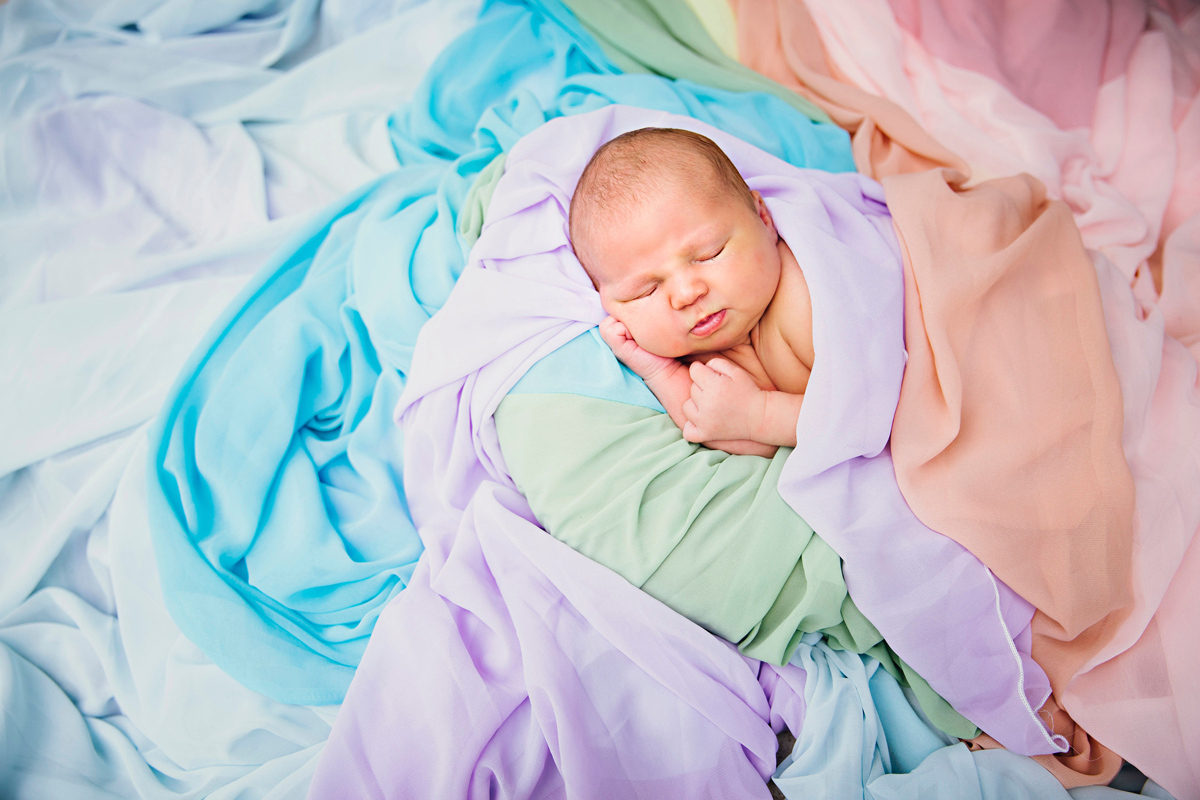 The nurse and I discussed whether or not I was going to do an epidural. At first, I went in thinking I did not want to get one. I had one with both of my prior deliveries and really am not a fan of the paralyzed feeling and not being able to get up. But since I had the IV in, I couldn’t easily get up and move around anyways. I also got a bit nervous about being stitched up without an epidural, so I decided to go ahead and get one. When they checked me then, I was about 5 cm dilated. The nurse put me in a different position (which is not easy to do when you can’t move your own legs) to encourage the baby to drop her head down more. I stayed this way for about an hour and when they came to check me again, I was already at a 10 and ready to push.

The doctor came in and the nurse guessed that it would take about three pushes to get her out. She was right and three pushes later, our daughter was born.

I can’t even describe how I felt when I heard her first cry. All I could do was cry. Cry in relief that she was safely here. 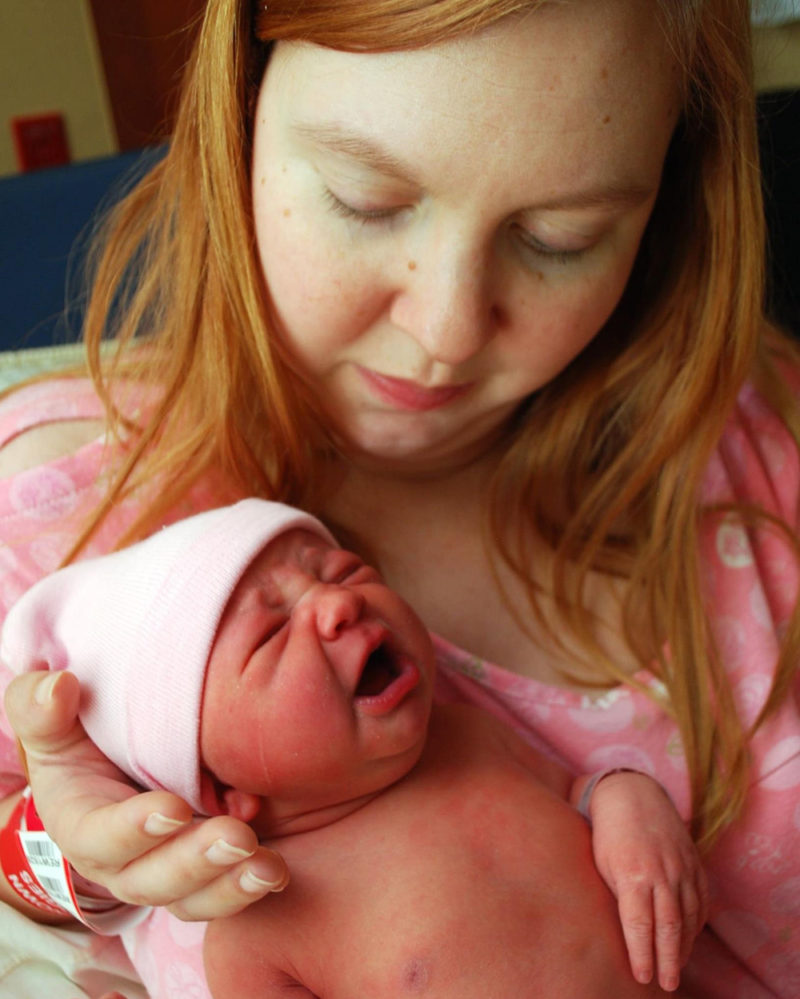 I worked so hard to get her here safely. I couldn’t even hear that one of the nurses was trying to ask me a question and she had to keep repeating it until I could focus on her. We were able to do skin to skin right away and she latched on not too long after. She is absolutely perfect and beautiful and looks just like our son did as a baby.

Our hospital stay went well overall. She had a bit of an issue with her bilirubin, but not bad enough to need any intervention. Breastfeeding is going well and she is a pretty calm baby overall, though she does have her moments of course!

Before I was discharged, I had a nurse who came in and told me that she was happy to see me with my rainbow baby because she had a loss last year as well. We got to talking and turns out that our angel babies were born on the same day. I don’t believe in coincidences so I think we were supposed to meet. And I take it as a sign from Jasmine that she was there and looking out for her new sister. I had also hoped to see the lady who helped us with our loss last year, but I think she was off those days.

I had some idea of what I would feel going back to the hospital, but also no idea how I would feel. I had a pretty easy delivery this time around and my recovery has not been bad at all. Physically, there are no issues at all. Emotionally, I am doing well. Of course I have moments of thinking about and missing our angel daughter. We had newborn pictures done and I kept thinking the whole time how I wish we could have done that with our angel daughter and kept wondering how much they would have looked alike. 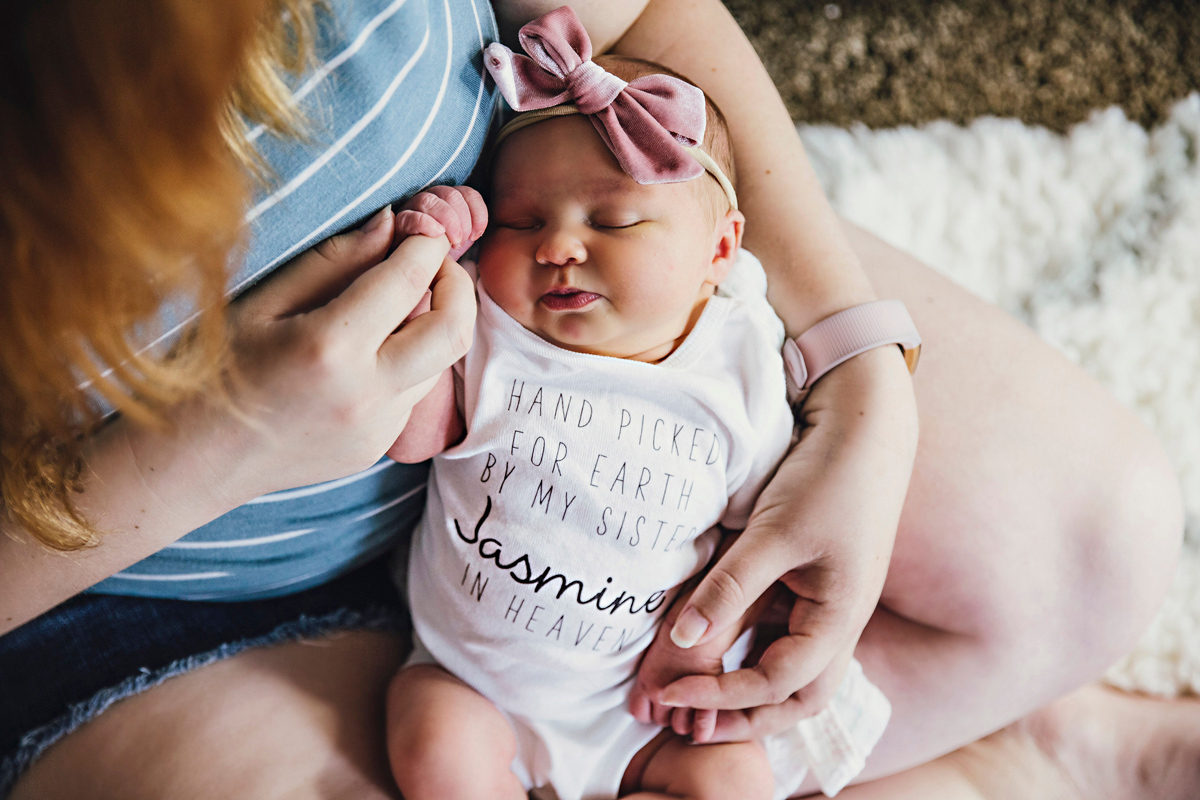 I also have found it weird that I really miss being pregnant. I was so ready to be done because I was tired of the anxiety and the physical issues of third trimester, but now I miss it. And thinking that this is likely our last baby makes me miss it even more because I know I might not ever be pregnant again.

I’m just so thrilled that I made it through this hard journey of a pregnancy after a loss.