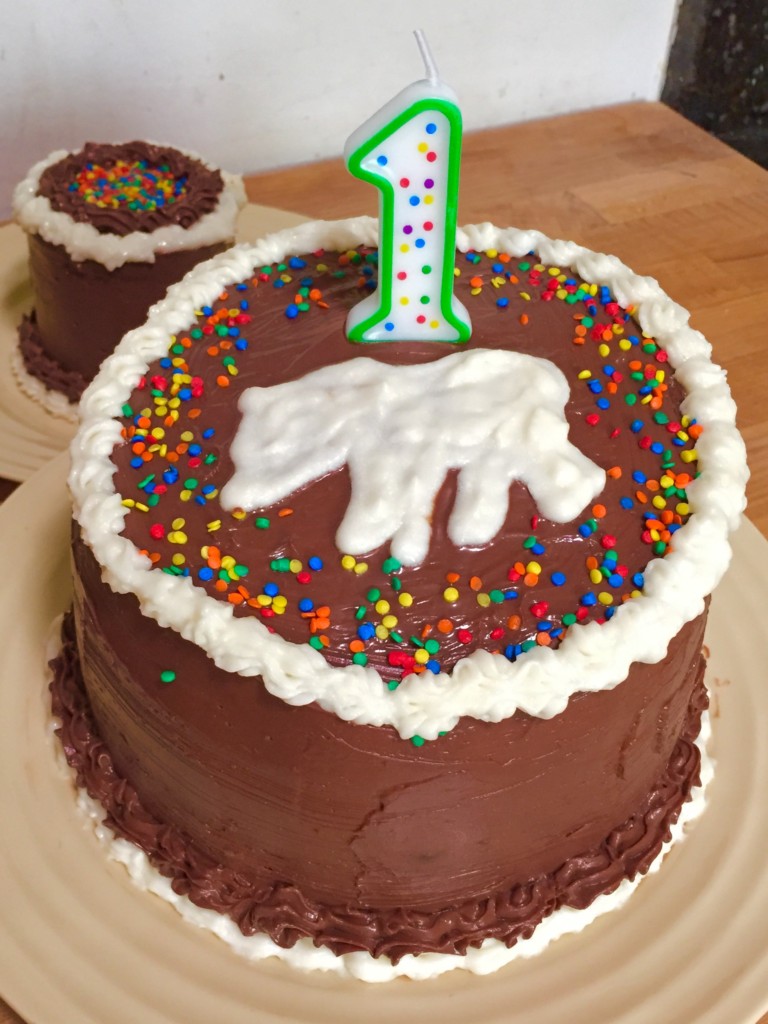 April 1st was one of the first days I checked on a calendar after I learned I was pregnant last fall. April 1st would be the first anniversary of my son Arthur’s birth and death. I wanted to know how far along I would be if this pregnancy lasted. 30 weeks. That seemed good, it seemed hopeful. So I crossed my fingers, held my breath and hoped that this baby would grow and I would stay healthy.

Now, I am 30 weeks pregnant with my daughter on my son’s first birthday. That works out to 5 months between pregnancies and hopefully about 14 months between our two precious babies.

My heart was still in pieces, but my body continued on with minimal interruption – an early lesson in finding both comfort and grief concurrently in all aspects of life after loss.

It was then that we tried to wrap our minds around what a pregnancy after loss would look like. I talked with an OB and learned more about what “high risk” meant for me. We talked with other parents who were years or decades out from losing children and listened to the grief and the heartache they still felt on a daily basis. During this time, my husband and I kept coming back to one conclusion… this was not going to be an easy journey.

Another pregnancy would be a time where grief and joy had to coexist and anxiety would overshadow both on a regular basis. This would be as true three months after our loss as it would be five years after our loss.

So we tried to keep ourselves healthy, we held our support network a little closer, and we decided to try to have another baby just a few months after we lost our precious son.

I often wonder if a little more time would have made the terror I felt the week we saw two pink lines a little less intense. Or maybe with a few more months, my husband and I would have been able to make it through the very first ultrasound without both of us sobbing ugly tears and feeling like we should have reassured the ultrasound tech that we were indeed happy about this pregnancy. Maybe more time would have made it easier for some in our extended network to understand that we are still actively grieving our little boy… Maybe, but who knows.

But, miraculously, we are able to conceive and this particular little girl has persisted so far. I do not take these things for granted. The kicking and wiggling reminder of those huge gifts made the lead up to Arthur’s first birthday a little easier.

As we marked Arthur’s birthday this past weekend, I was hyper aware of my daughter’s presence in my belly. She was wide awake with me when I had a hard time sleeping. She kept me company as I fussed and cried and baked Arthur’s birthday cake. And she wiggled around while her dad rested his hand on my belly at the end of a long, emotional weekend. I’ll remember a lot of things about Arthur’s first birthday and an overwhelming gratitude for our daughter’s presence with us is definitely one of them. It was a tougher day than I’d imagined, but I’m grateful she is here.

About the Author: Rebecca Christians

Rebecca Christians is a researcher who lives in Austin, TX with her husband Adam, their rainbow daughter, a few pups and an ever growing flock of backyard chickens. Rebecca and Adam started trying to build a family in January of 2016 and have been learning about how little control they have over these things ever since. After a first trimester miscarriage in April 2016, Rebecca became pregnant with their son Arthur. The pregnancy, labor, and full term delivery were all perfect, but Arthur never opened his eyes or took a breath on his own. Arthur died an hour after birth for unknown reasons on April 1, 2017. Rebecca and Adam welcomed their daughter Eddy in May 2018.