Ready to Try Again. Ready to Talk About It? 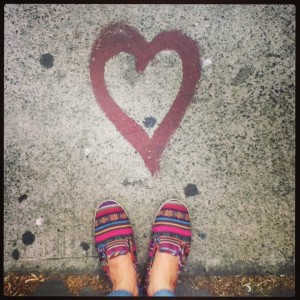 Like over 1.7 million others, I was moved when Mark Zuckerberg and Priscilla Chan, in announcing that they are expecting a baby daughter, also announced the three miscarriages they suffered previously. In sharing their journey openly, they have done a great service to the more than half a million families who experience a miscarriage in the U.S. every year (in 2012, we were one of them). As Zuckerberg writes, “In today’s open and connected world, discussing these issues doesn’t distance us; it brings us together. It creates understanding and tolerance, and it gives us hope.”

It may be important to note that they are speaking out publicly both after their multiple miscarriages and now that their current pregnancy “is far enough along that the risk of loss is very low” and they “are very hopeful.” Many of us here fell into that “low risk” category when we lost our children. When we try again, when is the right time to tell?

When I was pregnant for the first time, I waited the customary three months. Three months is, of course, an eternity when you are expecting, and our innocent excitement bubbled. I couldn’t help confiding in my mom and closest friends. Otherwise, I followed the unwritten rule. The fact that so many of us do so, the Zuckerberg/Chans included, means we know a pregnancy’s beginnings are tenuous. Where we misstep is in assuming that after 12 weeks, our pregnancies—our babies—are safe. When I lost my son, Lorenzo, after 23 weeks, I learned profoundly that they aren’t.

Then, we had to tell everyone.

During my second pregnancy, I was so wound up in that mix of hope and fear and grief and tenuous life that is pregnancy after loss that I didn’t tell a soul. Not my mother. Not my closest friends. When we are holding our breath, silence can feel protective. For some solidarity, I emailed one other TFMR mom, but we’d never met face to face. Our news still felt known to just my husband, Ryan, and me. So people only learned I’d been pregnant when I no longer was; I miscarried at 10 weeks. Afterward, I took my time talking about it, so I understand why we don’t tell the world when we do. Privacy can be both a shroud and a shield.

When I was pregnant with my living daughter, H., we told our closest family and friends, who were holding such hope for us. Beyond that, I waited until we’d seen her heart; our son had only had two chambers of his. At 16 weeks, after our doctor counted the four chambers that added up to her whole heart, I started sharing. H., who has done so much to help my own heart feel whole again, is now 18 months old.

Ryan and I are both only children and have always talked about having more than one. We do—our son enriches my life and thoughts and worldview on a daily basis. When we first shared that dream, however, we didn’t imagine we’d have to qualify that we dreamt of more than one living child.

Until recently, I have not felt ready. H. and I had feeding issues her first year, as I developed round after round of mastitis and as she eventually rejected bottles and solids. We were in a co-dependent loop and I was grateful, as difficult as it was, because I had a living child to feed. In supplying virtually all she consumed for 13 months, my body was hers. I couldn’t fathom sharing it with anyone else. I also didn’t miss the anxiety of trying, of waiting, of hoping and fearing.

Ryan, however, has been ready to try again.

“End of summer,” I kept saying when the topic came up. “Early fall.”

But by June, my body mine again for several months, I started noticing the bellies on the mothers with children H.’s age. It didn’t look impossible. Plus, maybe if we started a little early I wouldn’t be disappointed if it didn’t happen right away, if it took all summer or into fall.

So here we are trying for the fourth time to get pregnant in order to (hopefully) have a second living child. And in writing this post, I am telling you from the get-go. As an advocate for the baby loss community, I want to speak into the silence that often hides our pregnancies when they begin and when they sometimes end. So, I’m putting my money where my pen is. I’m writing about TTC. I will do my best to seek safety in sharing, realizing all the while that “safety” doesn’t quite exist when we are trying to have children or once we have them.

That’s where courage comes in. Something Mark and Priscilla have. Something we all must summon when we try again.