When it Rains, Look for the Rainbow: Signs of Hope after Loss 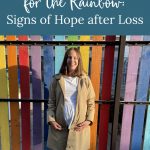 July 18th, 2020, was the day I found out I was pregnant. I was so happy and excited; it was my first pregnancy, so I started to research what to expect. As each week went by, I became more excited to announce our pregnancy to the world. I knew once we got to 12 weeks, we were in the clear to scream from the rooftops that we were going to have a baby in March 2021.

By around week 11, I started to bleed. I scoured the internet for every reason why women bled while pregnant that isn’t a miscarriage.

I felt a little bit better because a miscarriage would never happen to me, I thought. I started to get cramps, so I called the early pregnancy unit at the hospital. They invited me in for a “viability scan.” My heart sank, and I was scared and worried. They assured me that my husband would be able to come with me despite the COVID restrictions.

The next day I went into the hospital alone as requested. When I was called into the room, I told the sonographer that my husband was waiting outside and that I’d call him to come in. She refused him entry, and I instantly started crying. I just knew it was bad news, and I was going to have to be there all by myself. I lay on the bed and lifted my shirt as she began the ultrasound. I told her I was 11 weeks and 4 days. She said to me, “I’m so sorry, but that’s not what I see here.” The pregnancy stopped developing. There I was, crying and alone with nobody to hold my hand while she told me the pregnancy had ended. I had a meltdown, and only then was my husband able to come in to be there with me while she confirmed there was no heartbeat with a transvaginal ultrasound. I was crushed. I had a missed miscarriage.

We went home via the shops to get a bottle of wine and some painkillers as I planned to pass the remaining products of conception naturally. I couldn’t stop crying, and my husband did everything he could to comfort me. He reminded me of the sign on the door to the bathroom in the room we were in. “When it rains, look for the rainbow.” 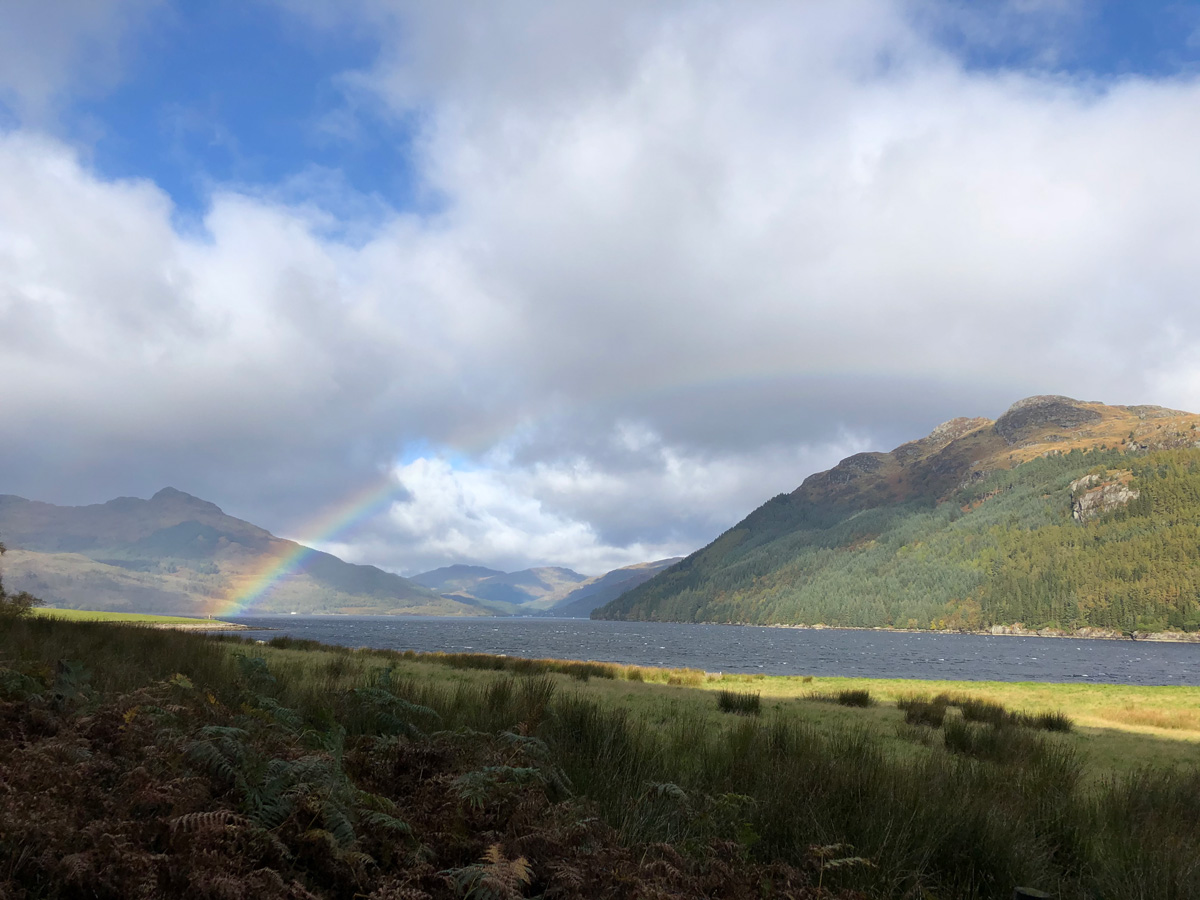 The next six weeks or so, I saw a rainbow almost every single day.

I looked out our living room window, there was a rainbow, often a double rainbow. We went up north to the highlands and saw rainbows every day we were there. I looked for a new house on Rightmove, there was a rainbow in the pictures of one of the properties. It was wild.

It was tough because, despite all these positive rainbow signs of hope, I ended up back in the hospital because of excessive bleeding. I hadn’t passed all the remaining products of conception despite what the sonographer said at my follow-up appointment, and I laid there with my legs in stirrups and watched them remove the rest, which killed me.

A few weeks later, I was still waiting for my period to come. I wanted a baby so badly, and for me it felt like the only way for me to get over the miscarriage was to get pregnant again. In early November, I started to wonder if I was pregnant. I had managed my expectations that it would probably take more than six months before it would happen, so this notion surprised me.

It turned out I was right; I was pregnant again! I was so happy I couldn’t believe it. All of those rainbows I saw just felt like a sign.

Despite how happy I was in the moment, I didn’t realize how stressful pregnancy after loss could be. I had a few early scans to find out how far along I was. It was very early, only four weeks along. It wasn’t long after that I started bleeding again. A lot. I was devastated. How could this be happening to me again? My husband encouraged me to stay positive and we waited it out for another scan to confirm the heartbeat. It turned out the pregnancy was developing as it should, but I had a hematoma that was causing excessive bleeding. The difference in this pregnancy from the last was that with the hematoma, I did not have any cramps. I actually bled regularly until about week 17, which caused a huge amount of anxiety because I didn’t think I could cope with another loss. It was easy to be scared and much harder to be brave – I tried to be brave. 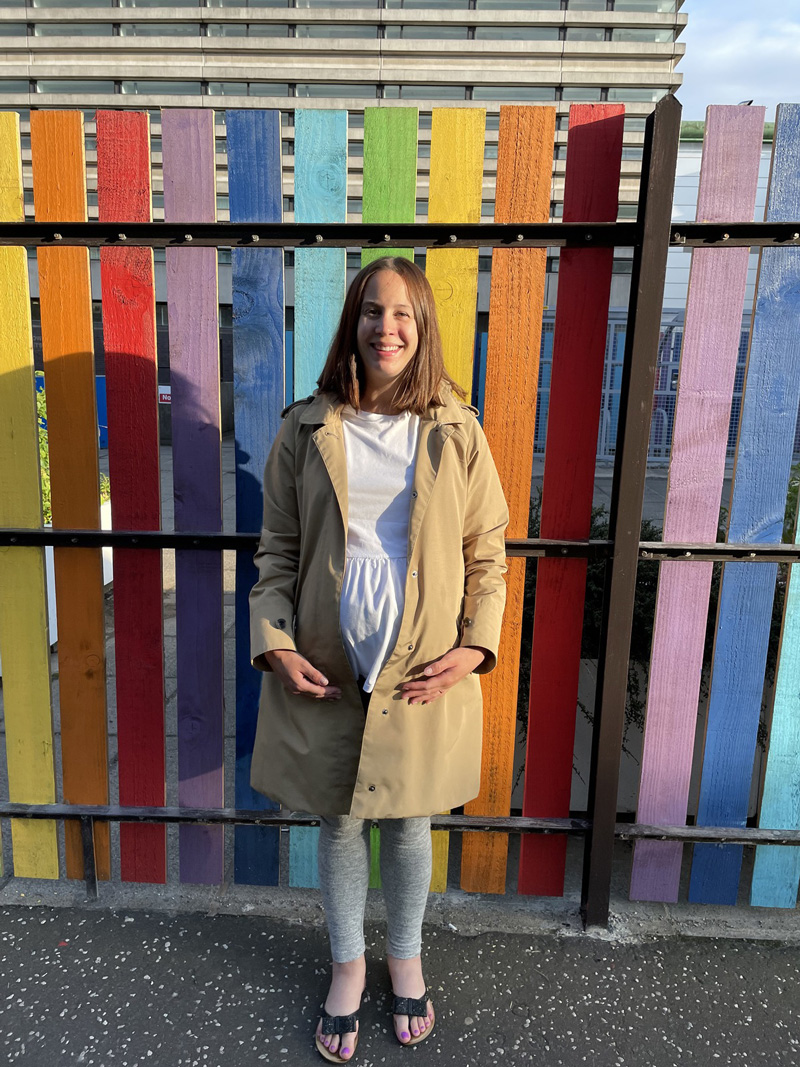 We made it to the 20-week scan, where we requested to find out the sex of our baby. It was a girl! I was over the moon. On our way home from the hospital, my husband and I were discussing names we’ve shortlisted for girls, and we realized how much we loved Violet because it’s a color of the rainbow. It turned out that my due date was July 18th, 2021, exactly one year to the day I found out I was pregnant the first time. Later that day, I saw another rainbow.

The weeks and months following that, I knew our baby girl would be called Violet. Once I started to feel the kicks and hiccups from our baby, I became cautiously optimistic that everything was going to be alright. 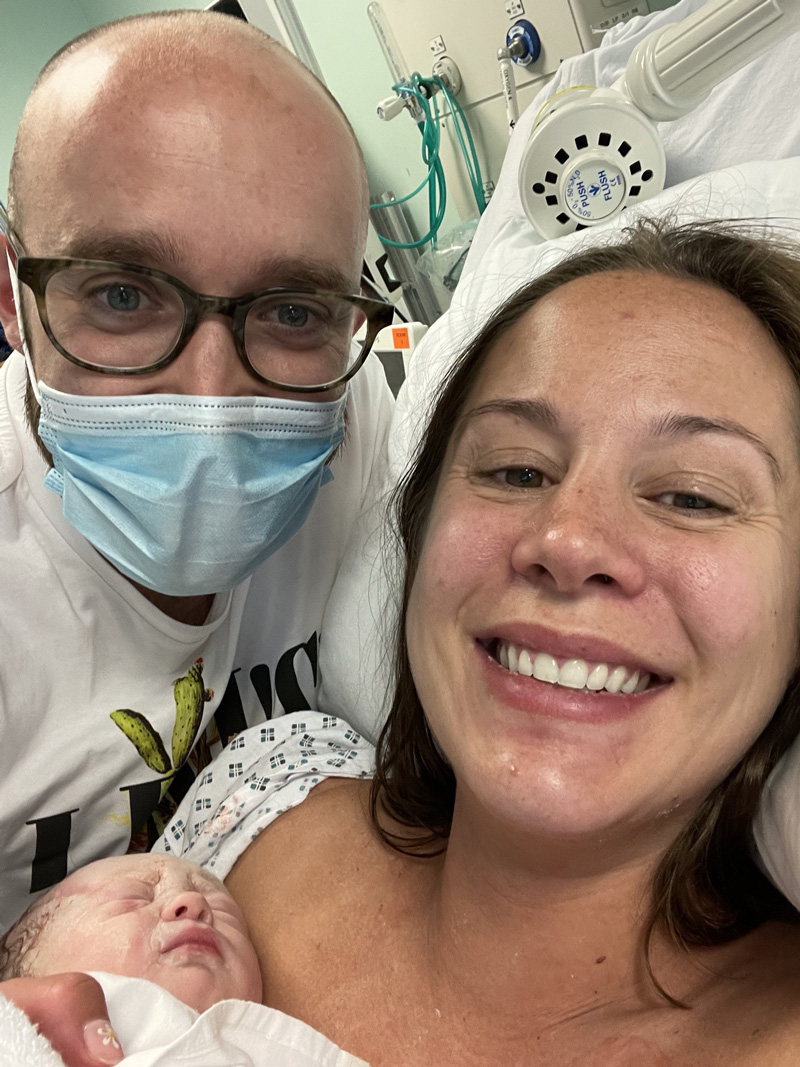 On July 9th, 2021, I was induced, and the next day we welcomed Violet Penelope Spence, our beautiful rainbow baby. 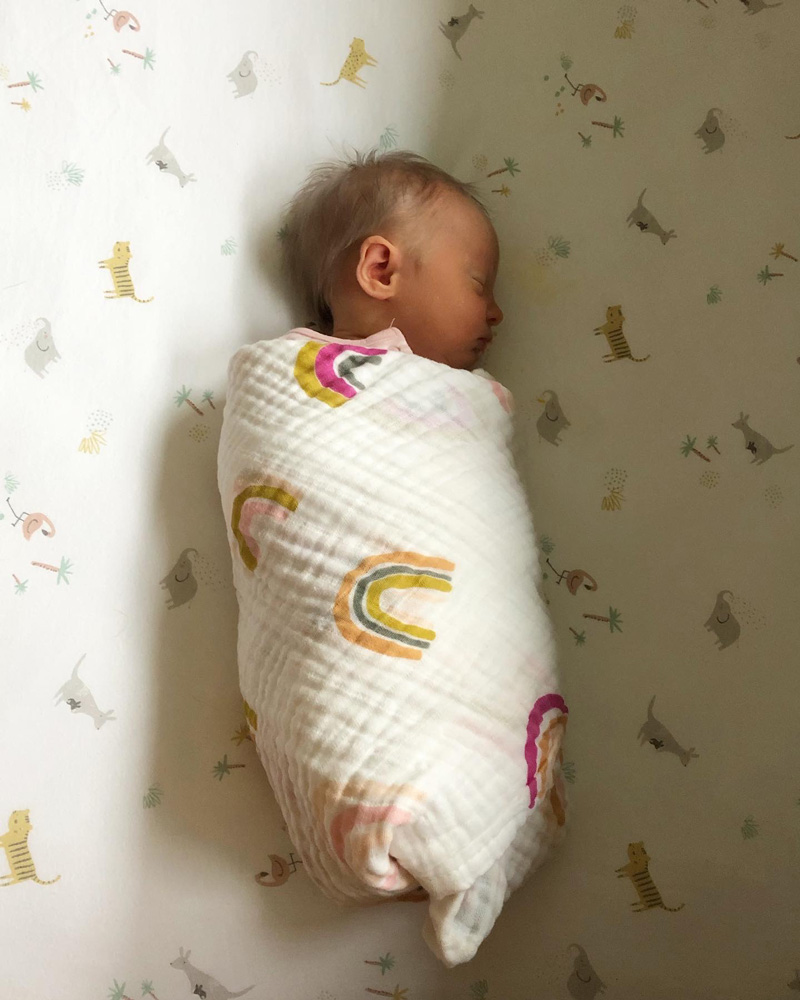 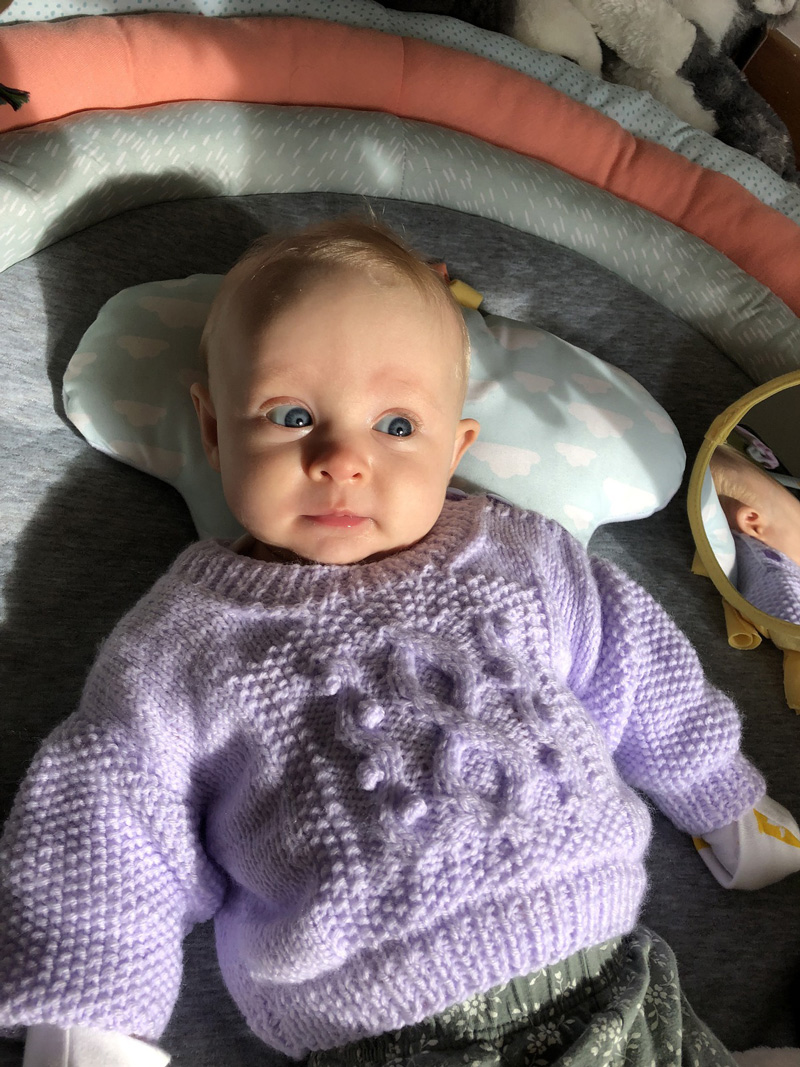 About the Author: Jenna Spence

Jenna Spence is an American married to a Scotsman living in Glasgow, Scotland. She is a trained goldsmith and most recently a stay-at-home mom to her daughter Violet. Jenna loves art and design and strives to share this passion with her daughter. Jenna shares her story of miscarriage and pregnancy after loss with the goal it helps give someone else hope.