When Your Rainbow Baby Isn’t a Baby Anymore 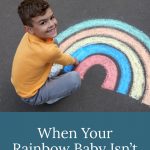 I’m telling you, it was just yesterday when the midwife laid my 8 pound, 15 ounce baby boy on my chest.

Not only was I relieved by the sight and sound of him, but I was also somewhat stunned by his arrival—he was alive. Could it be real? I’d carried him inside of me for more than nine months. I knew he was coming. It’s just that I wasn’t so sure he was coming home. But the nurses assured me he was healthy, thriving, and most certainly leaving the hospital—with me! 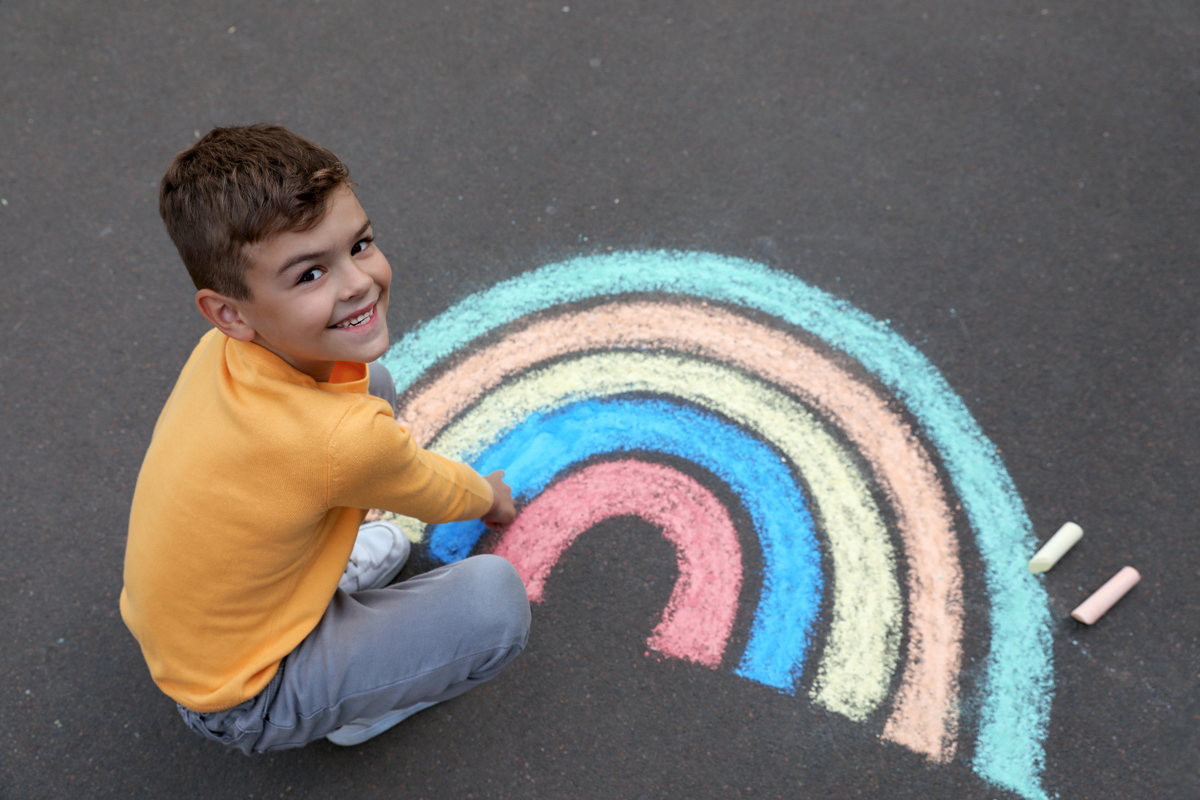 Somehow though, in the span of a day, six years have passed.

And though my instincts tell me to keep babying my son, I have to admit he’s not actually a baby anymore.

How can it be?

It’s strange to look back and remember how the duration of my pregnancy felt like years, slowly creeping by one second at a time, while I wondered if he’d even survive.

Is he still alive? I’d ask myself with each tick of the clock.

Having experienced the reality that pregnancy doesn’t always end with bringing a baby home made my pregnancy after two losses feel excruciatingly long. It was rife with fear, anxiety, uncertainty. The wait to find out how my pregnancy would end was perhaps the hardest part. The not knowing made the days, weeks, and months seem endless.

But somehow, year six with this most definitely alive boy has come at me so fast, I think I might have whiplash.

I suppose it’s because that even though I know life is never guaranteed from one second to the next, I just haven’t had much time to think about that.

Ever since that rainbow baby boy left my womb and uttered his first scream, life has been loud, chaotic, and quite frankly, exhausting.

He was a baby who didn’t stop that has become a boy who doesn’t stop.

He’s about to start kindergarten. And it feels like the first big step in letting go.

After two years of preschool, he’s ready. But the surprising part? So am I!

Don’t get me wrong. There are things about his babyhood that I miss.

Rocking him to sleep. Stroking the fine curls of hair that once adorned his head. Choosing his tiny outfits, patting his diapered bottom, admiring his chubby thighs. Oh, and his baby laugh? My ears have never celebrated a more joyful noise.

In many ways, life seemed simpler then, though it’s true that I can be nostalgic to a fault, prone to believe that the best days exist primarily in the past.

But despite my nostalgic tendencies, I’m excited.

While I was pregnant with my son, I prayed (and prayed, and prayed) I’d be able to watch him grow, though I rarely allowed myself to imagine that prayer becoming a reality. It seemed too big a risk to take when my heart was still in shards from previous losses.

But for six years, that prayer has been answered over and over.

I’ve been in the front row, watching him grow and change constantly. His personality gets bigger every day. He’s the funniest kid I’ve met. He’s smart, wild, and sensitive. A leader, his preschool teachers tell me, but definitely the baby at home.

He’ll always be the baby of our family, sure, but outside of our home? Well, he’s no longer a baby boy, but a boy. His kindergarten screening confirmed this.

It’s common for mothers to mourn the passing of the early stages of their children’s lives. To long for the baby days. To cry on the first day of kindergarten.

It makes sense, really. It’s hard saying goodbye to such a sweet season of littleness.

But if you would have told me six years ago that I’d watch my baby boy walk through the school doors someday, I would have been very skeptical. We’ll see.

But here we are. Here I am. About to send my rainbow baby off to kindergarten. I am about to see him walk through those doors.

And I can’t help but celebrate the fact that this day has come.

My rainbow baby isn’t a baby anymore, which comes with new challenges and feelings that can only be described as bittersweet.

But for six years I’ve watched him grow and change, from a baby into a boy. And really, that’s all I ever wanted.