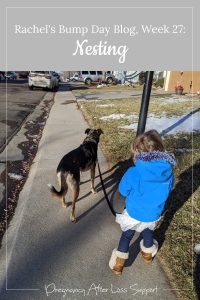 One more week until third trimester.

That means 13 weeks until due date.

Where has time gone!? Why does it seem like it is still so far away, but insanely close?

We went to MFM (Maternal Fetal Medicine) for a growth scan at 26 weeks. Caboose is doing great and in the 55th percentile. The doctor explained that it means that I am controlling my blood sugars really well and so he is growing on track! This is super exciting, given that at 20 weeks he was in the 70s percentile wise. So, insulin is doing something great.

He is active, and I can feel him moving around more. With Rainbow having an anterior placenta I felt things very differently, and less. With Caboose I feel a ton more, and I can actually feel him kick my bladder. I didn’t have that with Rainbow. I was always confused why women complained about it–I hardly ever felt her push on my bladder. I would get up maybe once a night to pee.  Now it’s every 2-3 hours, and holy moly I think he will be a boxer if my bladder is any indication. 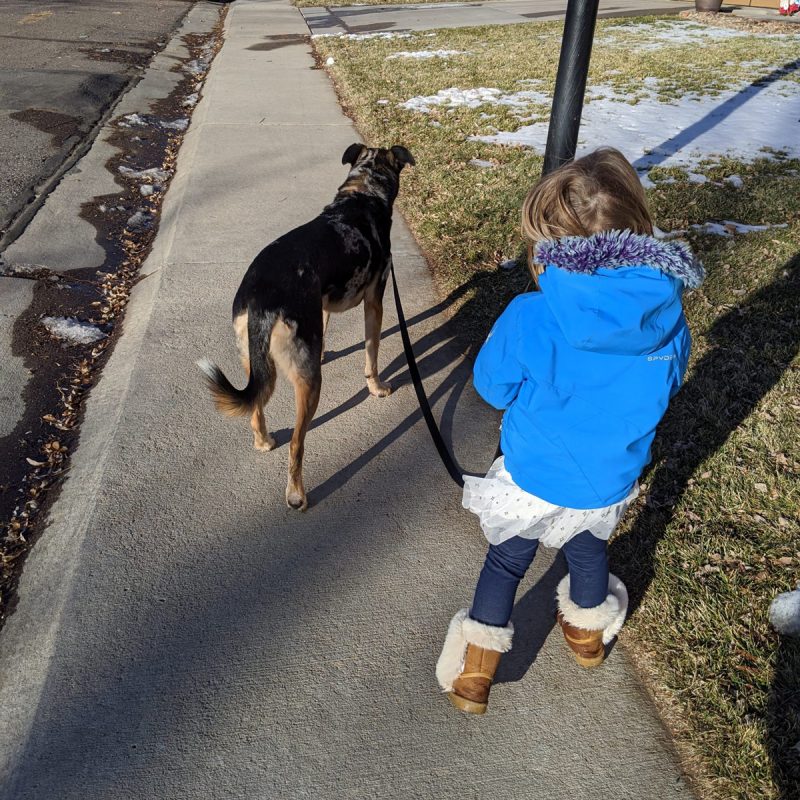 Being this close to the third trimester is cool and also anxiety-inducing for me. I am starting to get the nesting bug.

Husband moved his office into the loft, and we are trying to clear out the rest of the hot mess in his former office. (I cannot explain the amount of stuff in there. The best way I can explain it, is that he was a military brat, he was forced to move and throw things away frequently. His only constants were his brother–deceased–and his stuff. So he keeps stuff.) I have a lot of stuff, but I am getting better at parting with it.

Ask me in two weeks if I have thrown away my GIANT case of CDs.  Remember those old ones that housed like 200 CDs? Yeah… I still have that. Music is precious to me. But, if Marie Kondo was in my life she would ask if they bring me joy, and I would say no. So, here is hoping I can pitch them! We are going to find electronics recycling for my old laptops and tablet. I have a first generation Google Nexus tablet, and I am sure if I tried to update it it would just crash. One of my laptops gave me a black screen of code, so I am fairly sure it’s a goner. The other was so painfully slow that it took 10 minutes to boot up. If left unplugged it died in about 20 minutes.

Other things in there include paperwork from the ages. Eric found my cap and gown order form from my undergrad graduation… in 2007. Old insurance policy, cords, and cables that might be considered obsolete. My favorite so far is a headphone splitter… You know, for when you both wanted to listen to or watch a movie, so you needed to plug in 2 sets of headphones. Yeah. We have that. At one point, I think they are gone, but he had an entire drawer of aux cables with the yellow, white, and red connections. I am probably dating myself here, the younger generation will never know the pain of connecting the Game cube and needing longer aux cables to plug into the front of the TV.

We decided that we want to paint the room, a little. Not the whole thing, but at least one wall. So, I am on a Pinterest rabbit hole looking at color schemes.

Next week, Husband will begin his first official rotation for school. That means he will leave for the day before I am up and moving, then be done around 4:30 in the afternoon. He picked the hardest rotation to start with, because never let it be said that he doesn’t love a challenge. So, this weekend will pretty much be the only opportunity we have to get painting done. The crib we will use is stored at my mother-in-law’s for safe keeping, and we will need to get that back at some point.

This being my Pot O’ Gold, I realize that the room set up isn’t as important before he comes this time. Last time I needed everything to be ready for Rainbow. She didn’t even sleep in there for 4ish months. We did use the changing table, though.

I do not do New Years’ resolutions, but I will set goals for myself.

This year’s goals will be having a healthy, happy, living baby, managing my depression so that it continues to be less impactful, and getting back into running. I miss being able to put on headphones and going, feeling the endorphins kick in when you push harder. Maybe a goal will be to run another 5K in the fall. Who knows.

What are your resolutions/goals looking like? How are you doing planning for your future in pregnancy? How is your anxiety? Let me know!