Rachel’s Bump Day Blog Week 19: The Story of Us 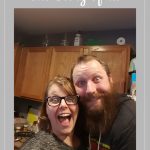 Can I get a shout out to the dads and partners in pregnancy after loss!?

We are endlessly supported by people who constantly listen to our concerns, worries, and continue to validate and support us. At least that is the hope. I know that sometimes loss tears the relationship apart, and for that I have no great words of wisdom.  Just hope that you can find someone who will stand with you when you need them. 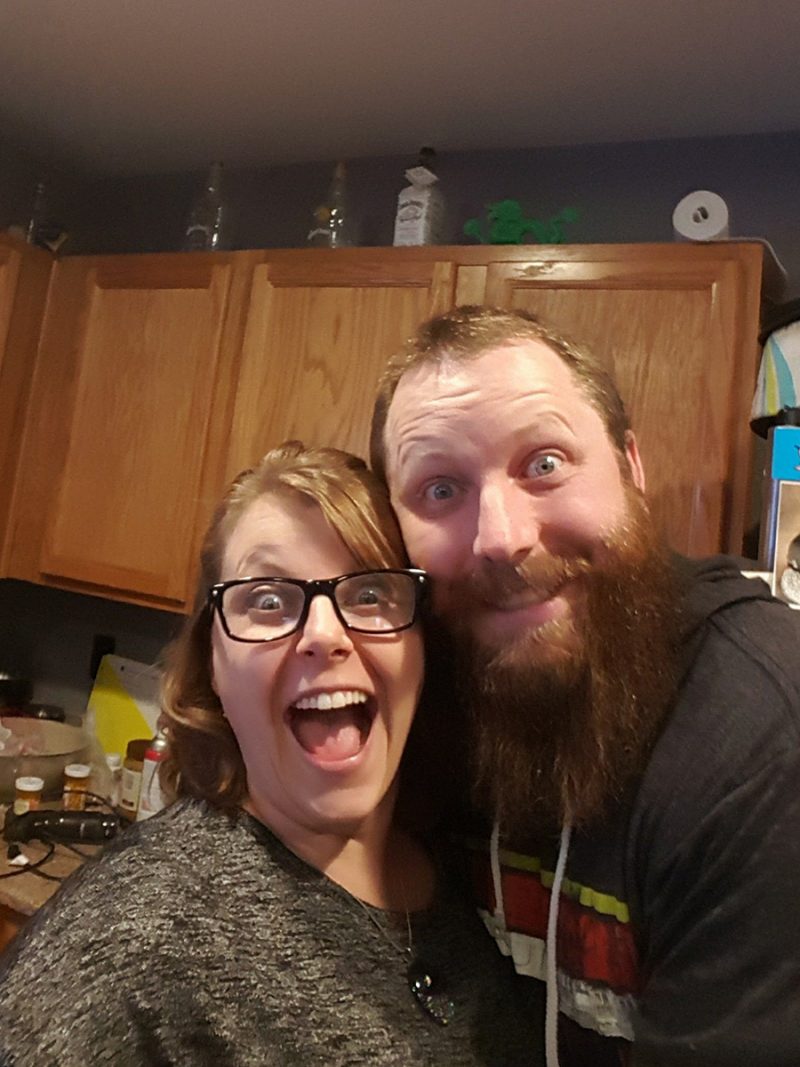 All of us need that one person who hears the fear and concern, then helps us through it by either going down the rabbit hole or merely sitting with us.

I have written about validation before, so I am not going to say much other than, it is necessary. We all need to feel like we are heard and understood.

I think it is important to also look at our spouses/partners/friends who stand with us through the dark times as well as the bright shining moments. Husband has been a solid pillar in my life since we started dating 13 years ago. Even before that, we were good friends throughout High School. He will tell you that he knew I was the one from the first day of 9th grade US History. I will tell you he was a giant dork, and we became friends fairly easily. We had classes of some form together pretty much every year of high school. My friend and I called him the ‘big big freak’, cuz he wore a cloak with cow horns, rollerblading everywhere and fashioned his backpack with computer speakers plugged into his Discman.

Sometime after high school he officially made his intentions for me known.

I was a jerk and blew him off for his arch enemy. In my defense, months later when that guy broke my heart, yet again, I called Husband and apologized. I told him he was right and I should’ve heeded his warning. As I cried on the phone with him, I expected him to say, “I told ya so,” or something along those lines. I cannot recall him saying that once. Just that he was sorry it happened, and he was there for me if I needed him.

Fast forward a year or so, I was in college, an hour and some minutes away from him, and came down with strep throat- in MAY. We were supposed to hang out, but I was too sick. So he drove up to bring me soup and take care of me. In that visit, I realized I really liked him. I could see myself spending forever with this man. I was unsure if it was the fever or if it was real feelings so I sat on them for another six to nine months.

Once we were together, things fell into place, and we had our arguments. We had our disagreements and near break-ups. We survived each and every one. After he proposed, I waited two years to get married, not because I didn’t want to, but because I am the person who never needed a piece of paper and the government to tell me I was married to someone. I knew we were in it for the long haul and didn’t need to be married in the traditional sense. After his little brother passed suddenly, he came to me and said that with the unpredictability of life, he doesn’t want either of us to die not being married.

So fast forward a lot, to four years into the marriage when we decide that we want to try for a baby.

When I found out there was no heartbeat, he sat with me. He let me cry, let me pull away, let me sit on the couch and watch trash TV to distract myself. He made sure I wasn’t alone. He made sure I was eating. At the time it didn’t feel like a big deal as I was in a dark place. Looking back, I am not sure others would’ve stuck it out with me. When I say I pulled away, I pulled HARD. I couldn’t see how anyone could feel the way I did, or understand. He continued to be there to support me while fostering his own grief.

I recall after the second miscarriage, I sat in the garage while he worked on a project for school, and he just mentioned that he wanted to help me, but he wasn’t sure how to.  I cried and told him to leave me be, that I was unsure of what I needed at that point. So he brought me an Adipose toy (Adipose is a character from Doctor Who – rather obscure and cute).

When we did fertility testing, it was very dehumanizing for me.

Which is another post/rant for another day. He continued to support me. He helped me advocate for myself and us with the clinic. When they gave us the results, before we walked in I recall having the, “What if they tell us we can’t have kids at all?” talk. He was so great, and so kind. Asking what I would want to do at that point, then telling me his perspective.

Fast forward to Rainbow’s birth. I am in a postpartum emotional haze. Crying, not because I am happy to see this tiny human, but in my postpartum brain I am crying because, “Holy crap, we did it!?”  He later told me he had no idea why I was crying. We both struggled to connect to Rainbow, it took him a little longer than me, but we finally did. To watch him get a huge grin when she says, “Papa? I love you,” is all the assurance I need that he is the right choice.

With a hopeful second living child, we both can identify the fear that this is going to be a lot harder than we want it to be.

We can talk openly about how we are scared, terrified, etc. Yet, he gets so excited when I tell him that I can feel little man rolling around. He jumps to grab my stomach to see if he can feel anything. He is eagerly around when I use the doppler to find the heartbeat nearly everyday. I cannot imagine my life without his support at this point.  I need him to be there to hold my hand and tell me he is there. I didn’t want to be the woman who needed a man, but he isn’t just that. He is my best friend.