The Pregnant After Loss Dad’s Anxiety: An Illustration 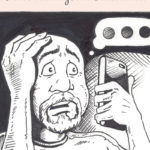 On some level I thought I understood my husband, Lloyd’s, anxiety during our pregnancy after loss. I saw him cry with relief at each reassuring ultrasound. I saw him tense when I talked about my worries. I saw his general worried nature increase. But, I didn’t fully grasp his level of fear and anxiety until one afternoon when what I thought was a simple request for apple juice sent him into a complete panic.

As I worked on that afternoon, I became increasingly curious with a feeling I’d been having for a couple of days.

I’d kept telling myself it was gas (because, boy, is their gas with pregnancy!), but I was no longer convinced. I’d been texting with a friend and mentioned that I wondered if I was feeling flutters. It just seemed way too early (about 14 weeks) to be feeling them. She agreed that it seemed pretty early, and we moved on to other topics.

A little while later, though, she texted me and said she’d been talking with a co-worker who said she felt flutters at 14 weeks with her second child. They thought I should drink some apple juice, lay on my side for 20 minutes, and see if I felt them. If I did, it was almost certainly flutters, not gas.

I got kind of excited, but alas, I had no apple juice or any sugary drinks in the house, and my husband, Lloyd, had the car at work. Our little market a few blocks away closed over the summer, and there wasn’t really another good place to walk to get something.

I decided to text Lloyd. He’s always offering to bring me home something from the vending machines at work, so I figured it wouldn’t hurt to ask.

“Do they sell apple juice in the vending machines at work?” I texted.

He quickly responded, “I think so. Why?” 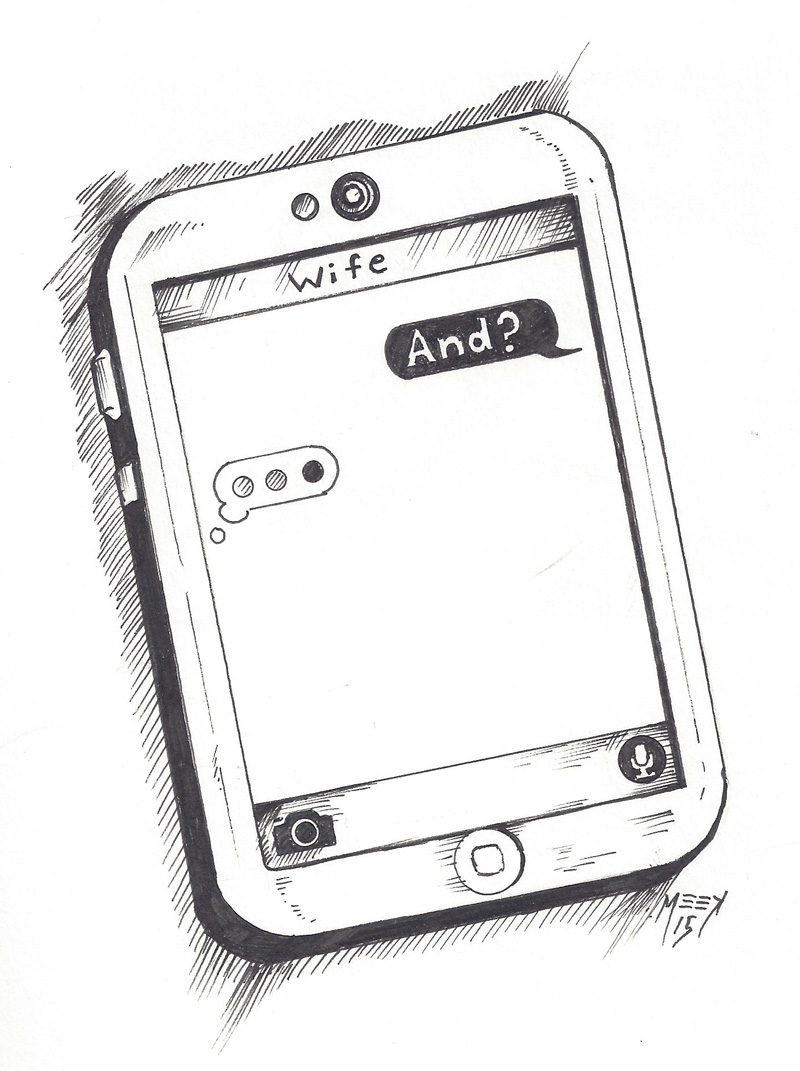 “Could you bring me home one?” I asked back.

Before I could hit send on my next message, “Yeah. I want to test if I’m feeling flutters or have gas,” the phone rang. It was Lloyd.

“Are you OK? What’s wrong? Why do you need apple juice?” He continued to pepper me with questions. I was kind of laughing, which he did not find amusing. But, I couldn’t figure out why he was freaking out over me asking for apple juice.

I said, “Nothing’s wrong, honey. This is kind of a fun thing. I think I’m feeling flutters, but I need to test to be sure.” 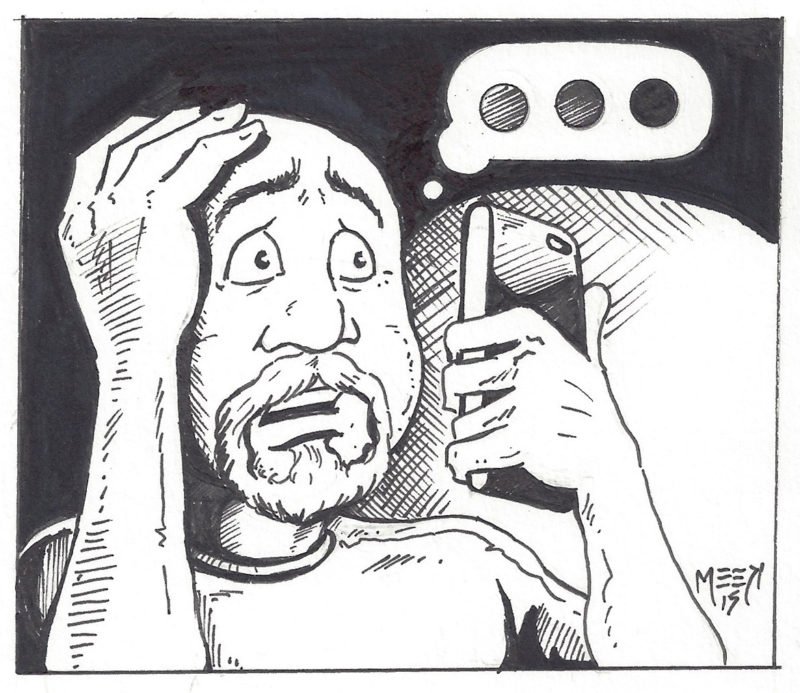 Well, before I knew it, he was stopping at the market on the way home to get lots of juice.

I really didn’t want him to have to stop on his way home, which is why I suggested the vending machine, but he was hearing none of that. I also offered to walk up to the convenience store and get a one-serving bottle, but he warned me that only “drunks and crack-heads” shop there, so I should avoid shopping there. I had clearly traumatized him, so I decided it was best to just let him stop at the market to get juice.

He came home with the juice. We ate dinner, then I did an “apple juice test” and laid on my side for a few minutes. Sure enough, I felt those little flutters. I went into the living room and snuggled against Lloyd as the baby continued to bounce around my uterus. I tried to describe to Lloyd what I was feeling. I wished that after all of that stress I caused him, he too could be feeling these flutters.

Pregnancy after loss isn’t just anxiety-producing and fearful for the pregnant mama; the dads experience it as well.

It may not manifest in the same way, but that doesn’t make it less real or valid. This situation was a stark reminder that every time I texted Lloyd, he was waiting for the next shoe to drop. We just kept hoping it didn’t, for both of our sakes.

A version of this piece was originally published at the author’s personal blog, Meek Manor.