A Pregnancy After Loss Christmas Story 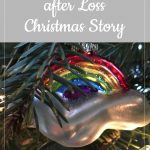 I knew the first Christmas after we lost our baby would be an especially hard one. A year earlier, I had been in my second trimester of pregnancy and had been hopeful that we would be celebrating our baby’s first Christmas the next year. But the following Christmas did not turn out as planned. Instead of celebrating, I was grieving the loss of a baby while hoping that my current pregnancy would produce a living one. 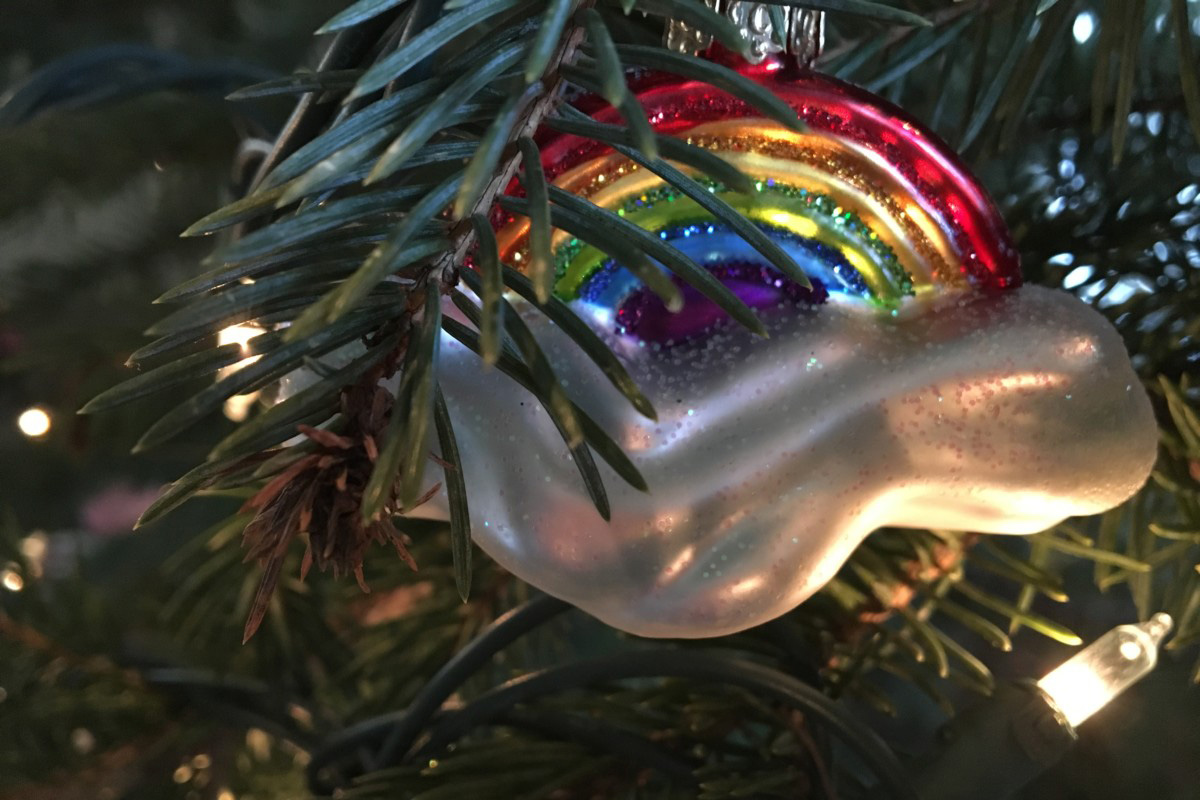 A rainbow Christmas ornament for a pregnancy after loss Christmas

We had spent our pregnancy-after-loss Christmas away from home, with my side of the family.

I knew that being out of town would be hard on me emotionally, but I wanted to have a big family Christmas as sometimes the season felt a little lonely when it was just my husband, my daughter, and me. I wanted to give my daughter the gift of spending Christmas with her cousins and grandparents. I wanted her to have special Christmas memories that included these people she doesn’t see very often. I wanted her to experience the joy of the season in a big way during what is arguably a kid’s favorite holiday.

So, we packed up the car, and drove six hours to the cabin which we would be sharing with ten other people. We arrived in the evening, and by the next morning, severe anxiety had already taken hold. The crying started during breakfast, and I excused myself to go hide in my bedroom and allow the tears to flow freely. My husband had come to check on me and through the crying and tears, I told him that I wish I hadn’t come and that I wasn’t sure how I was going to make it through the next three days. I was certain that I was going to lose my baby while we were away from home. I had no particular reason to think anything was wrong, but I was painfully aware that things could go wrong at any moment.

I hadn’t told my family that I was pregnant, and although I had considered at least telling my mom, for some reason I decided against it. Looking back, making that announcement would have probably made things easier on all of us. It would have at least provided an explanation for my irrational behavior and inconsistent mood. But the truth is, in part, that I wasn’t ready to fully acknowledge my rainbow pregnancy. If I didn’t acknowledge it, it didn’t seem real, and if it wasn’t real, there was no chance that it would end in heartache.

In a house full of people, I felt alone.

And misunderstood. I was sad that I didn’t have a baby to celebrate with. I felt like I was expected to have moved on already. It hadn’t yet been a year since we had lost our baby and although I had been in a better place emotionally just a few weeks earlier, the grief had come back in full force during the Christmas season. And now I was terrified that I was going to lose the baby I was carrying. The anxiety added to grief made for an unpredictable mix of emotions and behavior.

I remember bits and pieces of that Christmas. My daughter tearing the wrapping paper off her most wanted gift. Watching her paint her daddy’s toenails. Hearing her laughter as she giddily ran around the cabin with her cousins. But mostly I remember crying. Alone in my room. Curled up in a chair while the kids played video games. Sitting on the couch with my mom’s arms wrapped around me. I spent much of that Christmas alone in bed, trying to manage my anxiety through silence and deep breathing. And sleep, if I could manage to get some.

In every other way, it was a picture perfect Christmas.

The snow fell silently outside while the sound of children chattering and laughing filled the space between the walls of that cabin. There were twinkling lights, piles of gifts under the tree, and fresh baked Christmas cookies to eat. The snow on the pine trees outside sparkled in the moonlight, while inside there were children whose eyes sparkled with glee as they tore open their gifts.

But there was someone missing from the picture. And there was another who had yet to be seen in the picture. And the difficult emotions in the space between those two things led us to return home a day early. I was emotionally unstable, and while I needed to return home in order to relieve some of my anxiety, I also wanted to give my family a break from feeling helpless and dealing with my unpredictable behavior.

So we packed up the car once again, and made our way home. And once again, we hoped that we would be celebrating a baby’s first Christmas the next year.