A Potential Space: Preparing to Try to Conceive after Loss 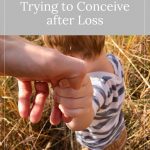 The doctor pressed her palms together.

“A uterus is a potential space,” she said.

She tented her hands out into a diamond. “This is what we are trying to see.”

I was at the hospital for a hysterosalpingogram (HSG). The doctor wanted me to understand what I was in for. It seemed straight-forward enough. She would use a speculum to help her place a catheter at my cervix. She would inject contrast dye into the catheter and from there, well, we would see. Hopefully, an x-ray would show the dye filling the potential space and flowing out through my fallopian tubes.

“Tube. I only have one,” I reminded her. She blinked three times. “My ectopic pregnancy? I don’t have a left fallopian tube anymore.”

If I had to pinpoint when trying to conceive first began to go wrong for me, I would say it was October 6, 2016 — the day of that salpingectomy.

The emergency abdominal surgery came 10 weeks into my second pregnancy. My baby, who was as long as my thumb, had been trying to grow that whole time in a space only meant to accommodate something as thick as my nail: my left fallopian tube. On October 6, that tube left me, along with all the things I had pictured for the potential I had hoped would become my second child. No birthday in May. No two years behind her brother in school. No miraculous birth after what had already been a harrowing pregnancy.

Eventually, we did hold a second child. But when we began trying for our third and final child, things went wrong again. Twenty-nine potential birthdays and one more potential daughter later, we were trying to find out why.

“We are just waiting on the others,” the doctor said. The others? I had been told the HSG was expected to take one minute, maybe two. How many people did a minute-long procedure require?

Four. It took four people. As they stood around me, concealed under their plastic gowns, N-95 masks, and plastic visors, it was as if the truth of the room was revealed. Suddenly everything — the sleek metal table, the brilliant overhead lights, the tray of shiny instruments — took on a surgical gleam. An HSG was simple yes, but simple in the way that any medical event is when it is explained well.

My ectopic pregnancy had been simple, too. The baby had gotten stuck is all. She just started growing in the wrong spot. When she was big enough, that spot couldn’t hold any longer. It was all so simple.

And yet — reality is always more complex than the words we use to describe it. Neat consonants and smooth vowels can box an experience into sentences and paragraphs that fit in the palm of your hand. The raw sounds of real-life are not like that. They are unruly, propagating through and past life as you thought it was. Carrying you to places you never expected to be.

“Focus on your toes,” the doctor said, “It helps.” I wrested my electrified attention from the white pain that seized at my center toward my feet. Red blood began to pour out of me. “Gauze!” the doctor said.

Clenching the steel table and seeing endless gray, I understood viscerally the potential for the HSG to show that we could not have another child — not in my body. The potential for the life of our family to be stopped short of what we had planned for. All those potential birthdays behind us. Something else ahead.

How much of my life had I devoted to those potential birthdays?

And then, at the hospital, a river of black coursed across the screen. As unremarkable as water spilling past rock. When I picked up my phone to tell my husband, I saw that 54 minutes had gone by.

On a cool morning a few weeks later, during the days of the month when I dreamed of another potential birthday, I took my two children to a forest. Decaying leaves and logs released a sweet mineral smell. Yellow petals cupped tiny pools of water from the rain the night before. The earth felt slick and soft beneath our feet. 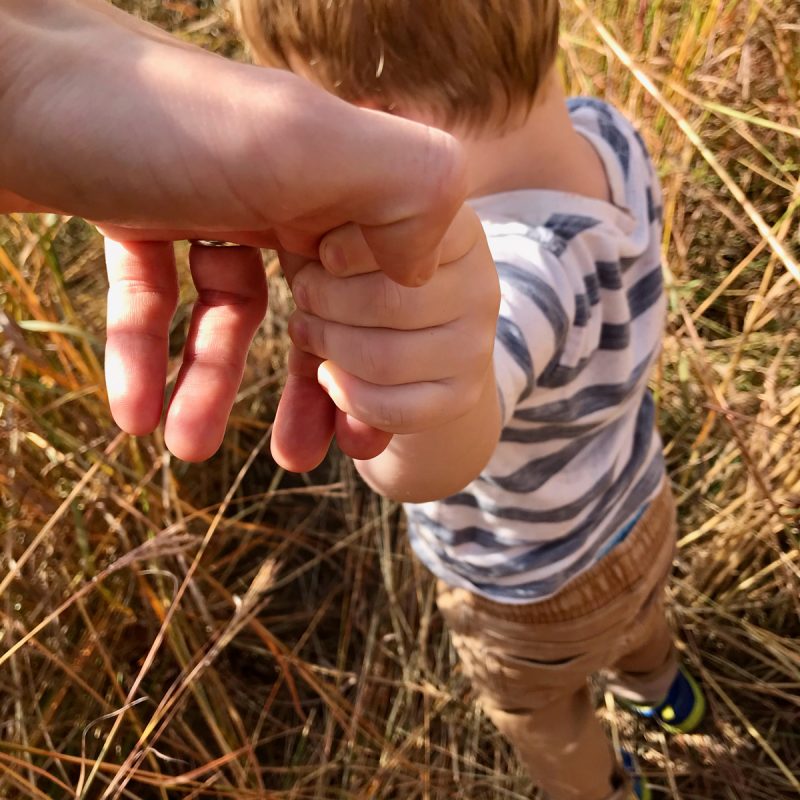 Walking through the woods that morning, I understood that there is potential space everywhere.

Not only that where a child could go. In each moment, in each breath, there is potential. Your attention can bring these potentials into your reality. Sometimes the process happens as planned. Sometimes it doesn’t. That is the way of the world.

Maybe this means it is ok to live for potential. All of it.