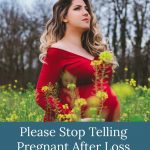 “Congratulations!” my friend said when at six weeks along, I told her I was pregnant.

She too, was pregnant, though several months ahead of me. “We’re going to be in the baby stage together!” Her excitement in response to the idea that we’d have children close in age, who would surely become friends, was obvious.

But I could not share in it. Not after my previous pregnancy ended at just over twenty weeks, when my baby was born still. 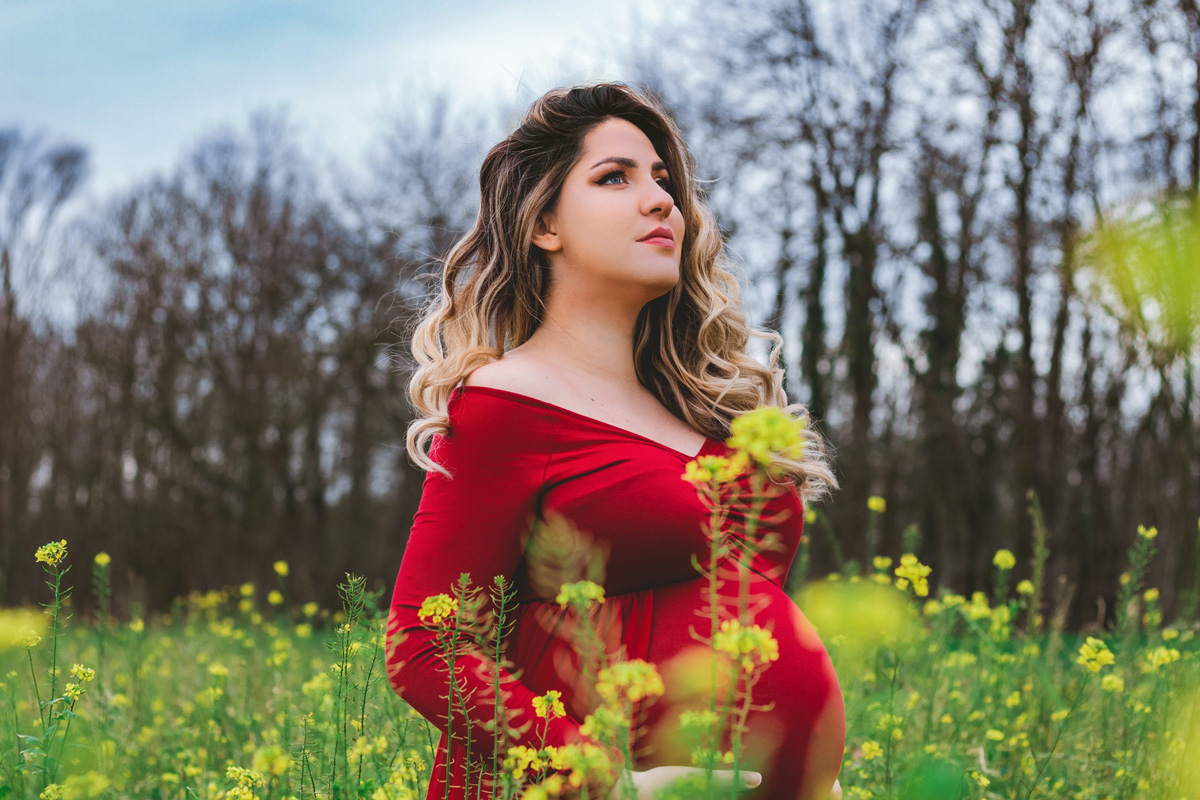 “Everything is going to be okay!” my friend responded. “I can just feel it!”

But I’d heard that before. In fact, I’d heard it during my previous pregnancy. And everything didn’t end up being okay. My baby died.

The only thing I could feel during that conversation with my friend was fear. Anxiety. Depression. I was sinking in the reality of my own helplessness. I knew that no matter how badly I wanted my pregnancy to end with a breathing baby in my arms, that no matter how hard I tried to produce a good outcome, it was ultimately out of my control.

In my experience, it seems that one of the things those who haven’t experienced pregnancy loss don’t understand is that pregnancy is unpredictable. It really is! Even under ideal circumstances. Assuming the best doesn’t save you from the worst. Doing all of the right things doesn’t guarantee that nothing will go wrong. A happy beginning doesn’t mean the ending will be the same.

But I can’t fault them for that. It’s a truth that can’t quite be grasped until it becomes part of your personal reality.

And there should be excitement surrounding a new pregnancy. But when you’ve already lost a baby to miscarriage or stillbirth (or any number of other circumstances)—the exact thing that should not happen—the things that should be associated with pregnancy sort of die too.

When you’re a pregnant-after-loss mom, you fully understand that.

When people innocently told me that everything would be okay during my pregnancy after loss, they unknowingly invalidated my loss and the complex feelings that surrounded my subsequent pregnancy.

By simply telling me that everything would be okay in response to my tears and shaking voice, my grief and struggles were brushed aside in the name of positivity.

When I mentioned my fear of experiencing another heartbreaking loss only to be told that everything would be okay, I was unintentionally made to feel guilty for questioning how my pregnancy would end.

What I really needed wasn’t to be told that everything would be okay, but rather to be met with the understanding that while I was grateful to be pregnant, everything was not okay. And that in the end, it might not be okay either.

Because no one can guarantee that everything will, in fact, be okay. It’s nothing more than a superficial attempt at a promise that sounds nice but holds no weight.

Instead, I needed to hear a promise that could be kept.

I will remain hopeful when you cannot.

Or, I will pray for you when you cannot.

And, I don’t know if everything will be okay, but I’m here for you, no matter what.

Moms who are pregnant after loss don’t need empty promises, but they do need support, which can easily come in the form of acknowledging the complexities of the situation.

Because pregnancy after loss isn’t just another pregnancy. It’s a pregnancy steeped in grief, trauma, and fear of what might come next.

So instead of telling a mom who’s pregnant after loss that everything will be okay, try telling her that you recognize how hard her pregnancy must be when everything might not be okay.

Allow her the space to air her difficult emotions, and let her know that it’s okay to not be okay.