Parenting the one who’s not here 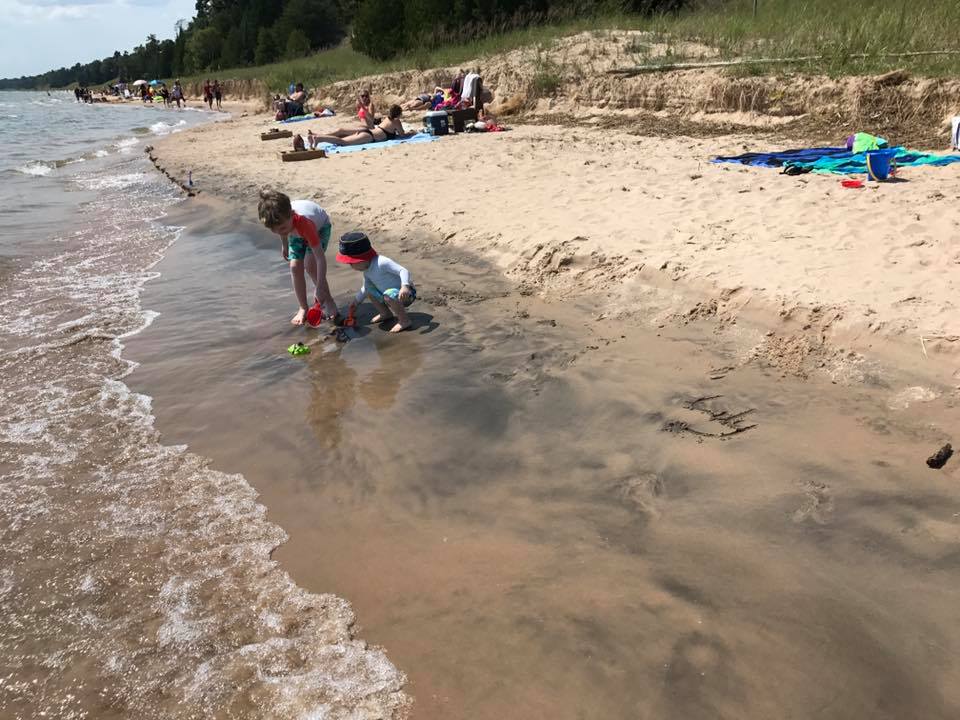 In December I had the chance to read [PALS founder] Lindsey Henke’s piece, Invisible Motherhood. In it she discusses the fear of forgetting the baby you lost, especially when life goes on and new children come into your world. How do you continue parenting the one who’s not here? She writes about her ritual for Nora:

So how am I supposed to parent a child I cannot hold?

My answer?  I write her name on the glass shower door every morning.  As the steam rises and the water droplets form into fog on the glass entrance, I ritually carve the letters of her name out of the dew upon the door. Four letters, short and sweet, like her life was, appear every morning on the windowpane because I place them there. While the water from the showerhead beads off my back I decorate her name on the glass with hearts and sometimes retrace the lettering over and over again. Taking a moment to remember her, if only for a minute so that I can be with her once again.

“Wow,” I thought. I thought that was something only I did. I write Lily’s name on the shower curtain – with a big curly L and sometimes a heart where the tittle of the lowercase “i” should be. For me, it’s also a moment to remember her in a space I often rubbed my belly and talked to her about our plans for the day or exposed her to my amazing [awful] shower singing. That was our time.

But as Lindsey also writes, “The demands of raising a living child take away from the time there is to mourn the dead one.” When I was reading this piece it was December. And I have three living children at home – all prime Christmas/Santa excitement ages (6, 4, and 2). Demands to make the time magical for them, and to continue family traditions dominated. We had cookies to bake. Santa needed to be seen. We had to find the most amazing tree. That damn elf needed to be moved every night!

Lindsey’s piece made me think about all the ways I still parent Lily even seven and a half years after her death.

There are the ways that everyone sees. We include her bear in our family pictures. We light candles on October 15th, Pregnancy and Infant Loss Awareness Day. Every Christmas I buy a gift for a girl who would be the same age as Lily would be that year. We have special ornaments that go up on the Christmas tree and a stocking every year for her. She has an Easter basket. Over her birthday weekend in May, we participate in the March for Babies walk and treat that event like a birthday party for her. I also am active in our local support group, and coordinate pregnancy and infant loss bereavement education programs for local medical professionals at area hospitals and clinics.

But parenting isn’t a “special occasion” only gig. 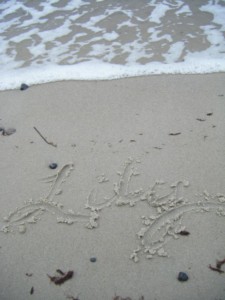 It’s not a part-time gig either. There are so many invisible ways I mother her that no one knows about or maybe even realizes I do. They’re conscious decisions I make because, as her mother, while I constantly fear I’ll forget her, I also know I haven’t had a single day since her birth that I haven’t thought of her; that I haven’t missed her; and that I haven’t wondered what it would be like to have her here.

So what else do I do besides the name in the shower ritual? I write her name in the sand during family vacations to the beach. Sometimes I’ll try to sneak a picture of my living kids next to it too. Lily’s name has been on a beach at the Baltic Sea when we took her baby brother to visit family in Germany. It’s been written on the shores of Lake Michigan and Lake Superior during long weekends away from our home during the summer.

I write her name in the dirt on hiking trails too, or with tiny rocks in parks where I take my kids to play. Or with sidewalk chalk in our own driveway while the kids draw pictures of suns, trucks, trees, and, of course, rainbows. I put her name in Play Doh, and sneak her initials into the frosting on the gingerbread train her siblings are decorating.

It’s not just writing her name wherever I can either. 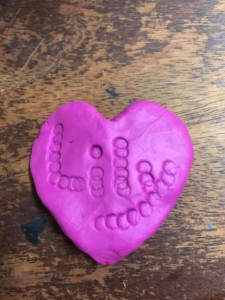 Last summer, my living daughter wanted a “girls’ night.” We invited her aunts and female cousins to spend a night at a hotel and hang out – just the girls. That night after we all got out of our swimming suits and put on our PJs or comfy yoga pants, I put on the t-shirt we wear at the annual March for Babies walk. So, Lily was represented while we ate junk food, danced to songs from Moana and Trolls, and painted our nails. She was a part of that first annual girls’ night too.

This Christmas my sister and I took my living daughter to see The Nutcracker at a local theater. As I helped Audrey pick out a pretty dress, pretty shoes, jewelry, and let my little girl put on a little bit of the perfume she always begs to use, it was not lost on me that there was another girl missing. Lily should be there telling Audrey all about the ballet and how much fun it is to watch the battle of the Mouse King. So before we left, I put on my “held your entire life” necklace stamped with Lily’s name on it. So she’s part of that tradition too.

The more I think about the ways I parent her still, and how I incorporate her into our busy lives, the more I realize too how sometimes I’m not even thinking about it while I’m doing it.

It is just part of mothering now.