Parenting After Loss: One Little Thing 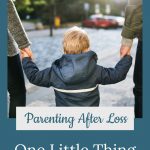 My grandmother died recently and in the last couple of months, I’ve recalled so many wonderful stories and memories of her and of our time together. The other day, one memory popped into my mind that started me thinking. The day after I was hospitalized while pregnant with Colette, she called me, asking the usual, how are you doing, how are you feeling questions, and then said something along the lines of, “What did you do? Did you have a fight with Mark?”

Yes, a fight with Mark would have caused severe preeclampsia to the point where I was hospitalized. Sure, that made sense. I giggled and told Mark the story and we laughed at the absurdity of the statement, telling the story repeatedly as family and friends came to visit. 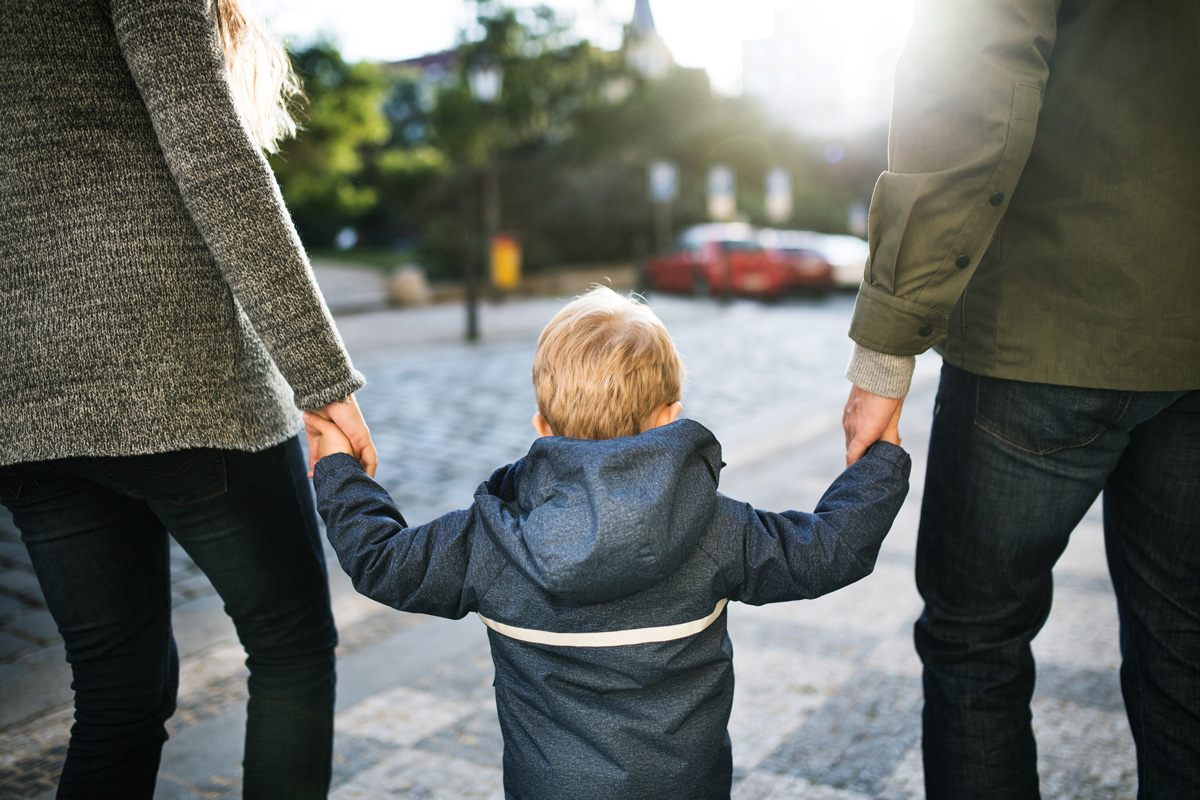 But, that moment was just one of many moments then on that I would find these small things that I had done or had not done and wonder if that was the one thing that changed the trajectory of being stable to mass chaos.

Because, as absurd as the idea was that some imaginary fight between Mark and me had caused my hospitalization, it was precisely a different feeling when we experienced the first part of our miscarriage with Sweet Pea. That time, we had had a fight the night before and we both clung to that with guilt over whether that one moment changed everything. If we had not fought or if I had not gotten upset, would we still have Sweet Pea?

One thing. The longing for that one thing throughout our journey was so important—I tried every little thing to get pregnant, to stay pregnant, to bring home a healthy child. Oh, this vitamin helps, sure let’s do it; oh, eating x helps, yes, let’s do that. It got to the point where if someone had told me to stand on my head for eight hours a day, I would have done it (and trust me, I do not know how to do anything in the world of handstands and flips and all that). I wanted that one answer and the world was certainly willing to give me a million different one answers, whether it be from well-intentioned family and friends or the internet.

And then when that one thing didn’t change the trajectory or perhaps changed it to the point of tragedy and crisis, we found ourselves second-guessing everything.

Was not being able to get pregnant some sort of sign from the universe telling me I was not meant to be a mom? Was my miscarriage caused by the tiny amount of caffeine I had that one day when I had to go to a meeting I was dreading and had a headache? Did my preeclampsia start because work and a boss that always acted as if the sky was falling skyrocketed my anxiety? If I had had an easier postpartum recovery, would I have been more present with Colette and then would she have lived? All of these different thoughts and more have flooded my mind throughout this journey.

So, now today, in the midst of the global pandemic that will not seem to go away, as well as parenting a very active toddler who cannot yet be vaccinated nor masked, a child that I live in constant worry will die too, I keep thinking of the one little thing, fearing that one choice today may topple our life. I find myself second-guessing every decision. Is staying home and away from everyone except the few people in our bubble the best thing for Elliott or for our mental health? If we go out, do we risk Elliott getting sick? If Elliott catches it, what could happen?

Right before the holidays, I had two different experiences of Elliott interacting with the world, away from our tiny bubble and while my reactions were different to each experience, the second-guessing and terror after a choice was very much the same.

The first one was when we took Elliott to a holiday light exhibit at our local children’s museum. The event was interactive, allowing kids to touch buttons to turn lights on and off or turn lights different colors and it was all outdoors. From the moment we walked in, Elliott was so excited. He walked ahead of us, guiding us in the direction he wanted to go, refusing to take either of our hands. We were having a lot of fun. He was in one area when a slightly older little boy came running over to Elliott. They stood together having what my sister always affectionally calls baby conference while we chatted a little with his parents.

I was so proud of Elliott for interacting well with this other kid and yet I had this tiny fear lodged in my chest that said, “Stop breathing on my kid. I don’t want this to be the moment that I will look back on to say if this had been different, my kid would still be alive.”  I knew logically in that moment, we were outside, the chances of any sort of exposure between a three-year-old who was wearing a mask (albeit not perfectly) and Elliott was minimal and that based on how the parents were chatting with us, it sounded like they were following rules fairly closely too. But, the fear in the immediacy and then the guilt over that feeling lingered at me long after we had left the light exhibit.

The second experience was a day in which I knew my husband had not slept well the night before and for a few nights before.  Mark has been so wonderful over the last few months (and, well, since I’ve known him) and has taken over when my grandmother died and I needed to be more of a granddaughter and daughter than a mom, when I scratched my cornea in mid-December and was in pain and agony, and everything in between. So, I took his usual morning with the plan that Mark would take over around 9 a.m. so that I could go get my haircut. As Elliott and I played together, I thought, wait, I could take him with me and give Mark a break. My sister was joining me at the salon and could watch him while I had my haircut. I asked Mark and he immediately said, oh that would be wonderful.

I bundled up Elliott and we got in the car and headed out. Elliott was fantastic. He roamed around the salon, looking at everything, smiling at everyone, and I enjoyed being able to see him interact with others. Then, as my sister and I usually do, the three of us went out for breakfast. Elliott enjoyed himself, I felt more human than I had in quite some time, and I knew Mark was getting a nice break. When we got home, I could instantly see the improvement in Mark’s face and I knew that this was good for all three of us. But, then in the days that followed, I lived in fear, constantly checking Elliott to make sure that he was not showing any symptoms or signs, making sure there was no news that someone at the salon or at the restaurant had a positive test, because I lived in fear that the one decision to take him out into the world when we had sheltered him for so long would be the one thing that would cause complete chaos to our lives.

For those of us who have lost and do not have answers as to why (and probably even those who do get answers), we are constantly looking for the reason, the thing we could have done or should have done differently that would have changed all the outcomes. And that feeling never goes away completely, because I am always still searching for the one thing to make me feel better as a parent of a rainbow baby, as a parent in Covid, and yet I still never seem to find that. While everything in the logical, rational side of my brain tells me we are doing the best with the information we have, as a loss parent, I need more reassurance, more concrete answers, and just, well, more.