Parenting After Loss: Madness of March and Beyond 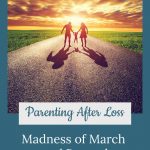 I love March Madness, the games, the brackets, trash-talking between alums, the general feeling of the few weeks each year. But what I love the most is that everything, whole seasons, teams, come down to one game at a time. All of the teams are ranked, but a lower-ranked team can just catch a hot streak and ride it through, knocking off top teams. Sometimes those wins are ones I cheer over (like when Loyola beat Illinois) and others are ones that are infuriating (like when I chose Iowa to win it all and they went out in the second round). 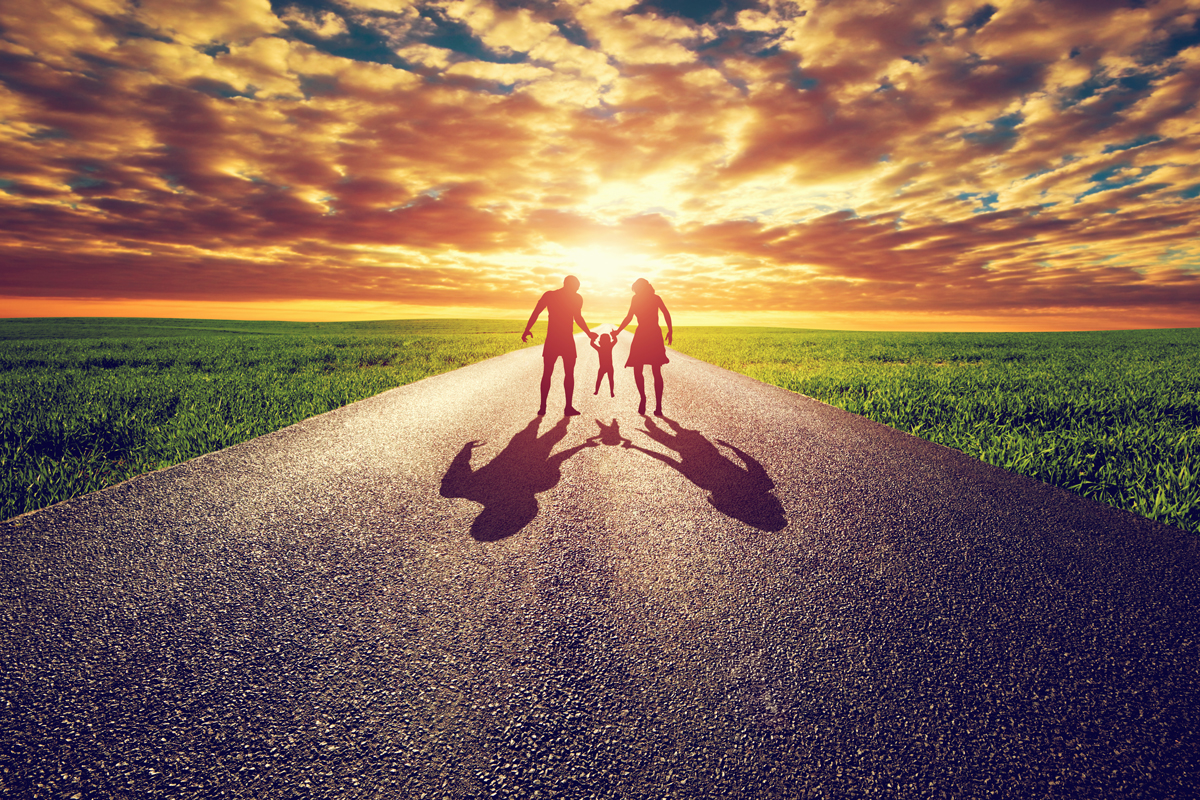 But, this year, the games are a little different with no fans and the impact of COVID-19 felt all over. It is also different because we are not staring at the TV, flipping between games in an ongoing effort to keep our little guy from getting much screentime. It is a great time to be reflective of what this annual event (with the exception of last year) has meant to me. And what has occurred to me is that March Madness is a lot like the experience we have had in our journey to parenthood.

Getting Into the Tournament and Getting Pregnant Naturally.

Additionally, four more teams are chosen to play in the first four round, which is akin to a second chance to play a game and hope for entry into the tournament. Much like these “play-in” games are a bit of “okay, so you didn’t technically qualify, but we feel like you should have one more chance,” infertility treatment feels like “okay, so for some reason, you cannot conceive naturally, we will give you a little bit of help.”

While March Madness involves playing your best game possible and hoping that the other team does not do well, infertility treatment involves the assistance of medications, hormones, timed intercourse, intrauterine insemination, or in-vitro fertilization, and the hope that this cycle with these assisted techniques will result in a pregnancy. Of these four teams, two will be eliminated and two will move on to join the tournament. This 50% chance is akin and often higher than the chances that assistive reproductive technologies will lead to a pregnancy. For us, we did three rounds of IUI, resulting in three failed cycles and four rounds of IVF, resulting in three pregnancies (two for me and one for our gestational carrier).

Once the 64 teams are chosen, they play each other with the winner going on and the loser heading home, resulting in 32 teams remaining. That means that half of the teams who made it into the tournament go home without a win. Similarly, once a pregnancy is confirmed, the first twelve weeks are the time when miscarriage rates are highest with approximately 31% percent, or 1 in 3 confirmed pregnancies, resulting in miscarriage. Add in ectopic pregnancies, blighted ovums, chemical pregnancies, and more, and the odds of making it through that first trimester start to look about 50/50. For us, we have been pregnant three times (again, two for me and one for our gestational carrier). Two of those made it out of the first trimester, but one did not and we lost Sweet Pea due to miscarriage.

The Sweet Sixteen is the result of 32 teams playing and again, each game resulting in one team being knocked out.  The second trimester is often referred to as the “best trimester,” because moms report feeling better with morning sickness improving and energy rates getting higher. Additionally, the rates of loss drop to about 5%. Of course, as I know personally and as I am sure many other loss parents know, the comfort that this statistic is supposed to give us is tough because we so often fell into those tiny percentages.

Elite Eight and Making It to Full Term.

The Elite Eight is when things start feeling a little bit more serious. Teams that won the first couple of rounds, even by upsets, really start to get tested. It becomes about the long game, hanging on to keep doing better than the other team, to make it one more day.  For any loss parent pregnant after loss, this is the time where days really matter, where making it as close as possible to full term is the goal. Generally, about 17 to 20% of pregnancies are delivered prior to full term, for a multitude of reasons, including some that are completely unknown.

The Final Four is the true highlight of the whole tournament, much like birth is for a pregnancy. The Final Four is always played on a Saturday and has huge ratings. In a non-Covid world, bars are packed with every screen on the game. Birth is generally thought of as the time where people are waiting for news in the waiting room, anxiously sitting by their phones to hear that a baby is healthy. But, the sad part is that even at full-term, there will be babies who do not survive and who are considered stillborn. Across the board, less than 1 percent of babies are born still, but as I said earlier, we know that this number means nothing to the family of that baby.

Then, even for those who are not born still, there is a less than 1 percent chance that they will not survive their first 28 days. This is where we found ourselves with Colette. After nine days in the NICU, her little lungs could not support her body and we lost her.

Championship Game and Parenting After Loss.

But, the truth is that while a championship game has a definitive end, parenting after loss never stops and it feels like you are playing a very long, multi-year version of the championship game. Does your rainbow have a successful report at the doctor’s office? Score a point for you. Does he or she hit the milestone they “should” be hitting? Score a point. Do you panic for no reason that your child is going to die? Point for the other team. Do you spend too much time and energy when someone with a child close in age brags about their child’s successes that your child hasn’t hit? Point for the other team. Survive another day? Score two points. Were you kind to yourself as a parent? Score three points.

So for all of you, regardless of what round you are currently in, I wish you the very best, I am rooting for you!