Parenting After Loss: Leaving Our Angel Babies Behind 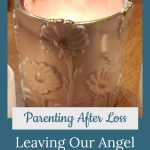 I left my daughter at home on Thanksgiving.

Our Thanksgiving was fairly laid-back and relaxing. We were home, Elliott was on a slightly adjusted schedule that still accommodated his usual nap times, and we were going to my parents’ house at 4 p.m., a short 15-minute drive. But, as most parents can relate, taking a child anywhere out of the house, especially in a Covid world where we don’t go out much, involves a whole process and a lot of stuff to remember. 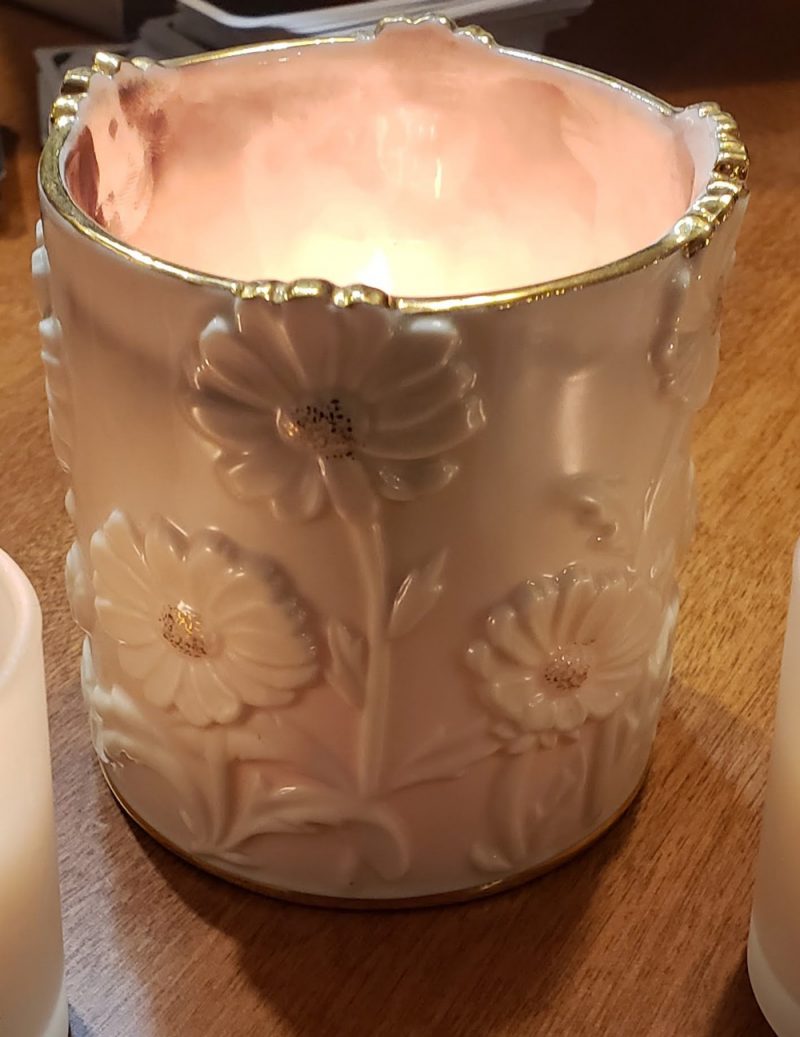 And in that check and double check and triple check, I completely forgot about bringing Colette’s special candle, the candle that we decided we would light as the two of us on holidays and that would sit at the table with us.

When Elliott was born, it became something the three of us did, talking to him about Colette, sharing how we really missed her. It has been a lovely tradition and our families have completely embraced it as part of our family ritual. Thanksgiving night, after we got home and after Elliott was down for the night, it hit me like a ton of bricks—we had forgotten Colette’s candle. Now, I know that is not technically akin to leaving our daughter at home, but the thing is, when your daughter is an angel, you have only small pieces to cling to, to bring to the table, to say, yes, our son is here and very much alive and yes, let’s place all of our attention on him, but also let’s remember we have a daughter too and even though you cannot see her, we can symbolize her and her place at the table and in our family.

When I realized what had happened and told my husband who also was like, “Damn, how did we forget?” I did not do my usual tactic of blaming myself and thinking I was a horrible mother (or at least not as much). Instead, I felt angry and frustrated. Something that I was not prepared for, and still struggle with, is how easy it is for others to look at my son and think of him as my only child, for others to protect themselves from the hurt and the pain and the uncomfortable notion that yes, our son is absolutely amazing and entertaining and a sheer delight, but he also has a big sister. While the first holidays we went through, people around us reached out with open arms and did what they could to include Colette, as the years have gone by, it has happened less and less. And with the inclusion of Elliott into our family, especially as he has grown and is now forming his own special personality, it becomes even easier.

So, in addition to adding in parenting a living child, we also have had to step up our game to make sure to include Colette, and it is exhausting.

Having to correct people when they say that Elliott is our first, having to say “and Colette,” and so on ends up being so draining that I catch myself more and more letting small things go, tired of being the one to remind people about my child, tired of feeling like I have to be the one to add in the morbid, the unspeakable, the truth.

Thanksgiving night, realizing I had forgotten Colette’s candle, felt horrible, but I was also angry. Other parents who do not have a child in heaven do not have to deal with this. I still had to do everything that all parents did this year and will do for the upcoming holidays—I had to make sure that we had everything with us that we could possibly need.

Diapers? Check. Wipes? Check.  An outfit in case of a change? Check. Spoons that Elliott can hold and occasionally use? Check. Bibs? Check. High chair? At my parents already so check. A kid that is fully dressed? Check. A coat that is in the car to change into when he gets out of the carseat? Check.

Any parent can look on that list and perhaps add to it the particular things that their child needs, but we all do it.

But, what made me so angry and frustrated was that in addition to all of that, I also had to include Colette, to make sure some piece of her was included in the celebration, and it felt heavy. I reached out to three incredible loss moms in a group chat that we have to tell them the story and their words were so helpful, to reach out to other moms parenting after loss, who understood the heaviness of forgetting, the feeling of enjoying the day with your living children while also feeling the grief and pain of missing a child. And that pull, that extra work, that more things to put on my plate, felt extremely heavy that night and every day since. Parenting is tough for all of us and we all have feelings that change, ranging from joy and happiness to panic to frustration to anger to grief, but for loss parents, constantly feeling two feelings as we are pulled between those children we do not have to hold and those that we do, takes a lot from us and zaps a lot of our energy.

I gave myself the gift of grace on Thanksgiving, a gift that is hard to give myself when my sole purpose as Colette’s mom is to keep her memory and her name alive and I did not accomplish that.  It is a gift that I struggle with giving myself as I navigate parenting two children—one in heaven and one here with me—but a gift that I will continue to give myself as things don’t go according to plan. That, and adding Colette’s candle on the “to bring” list for holidays.