Parenting After Loss: This Is Our Year…Or Is it? 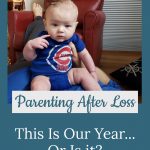 As the World Series wrapped up recently, I could not help but think back to 2016 when my beloved Cubs won for the first time in 108 years. A die-hard, lifelong fan, I had seen so many teams that I had been excited about, so many seasons where we all said, “This is our year,” only to have it ripped from us.  But, in 2016, everything finally lined up and we finally had “our year.” 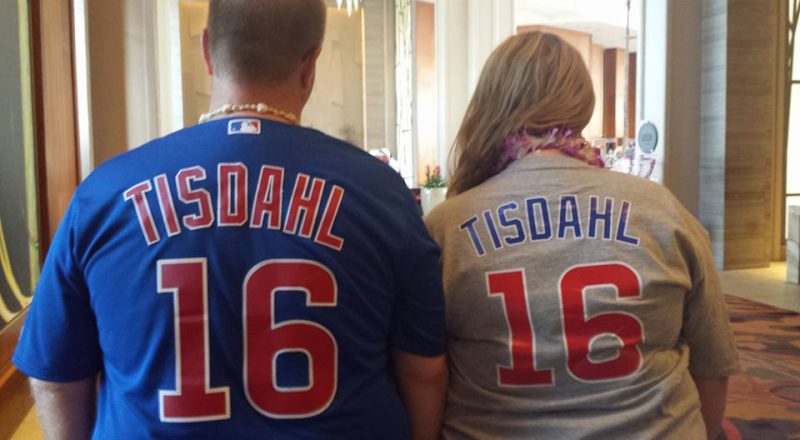 But, I think about all those times that the hope was yanked from us, that we wished and got excited, only for the universe to say, “Ha, ha, I fooled you,” and pulled it away from us.

And this year, as I think back on that time, I think about how that feeling is so much of what the loss journey feels like.

At the same time that we were wishing for a Cubs win, we were also wishing for a positive pregnancy test. In fact, during the World Series run, I was late, like really late, and experiencing symptoms that felt like they may have been pregnancy symptoms. Mark and I joked about Cubs-related names to symbolize getting pregnant during this magical season, but then I either unknowingly miscarried or started my period seriously late and that magic went away. Hoping and getting excited to have it yanked away.

Then, as we progressed through infertility treatments, it would feel like yes, we have hope, and then it was yanked away. When we finally got pregnant on our first round of IVF, we celebrated, we jumped up and down, we began planning for a future with a baby. Then, just a few weeks later, that was yanked away from us with the loss of Sweet Pea. It started to feel much like some Cubs seasons had felt, like a yeah, we’re hanging in there, but it’s not happening. 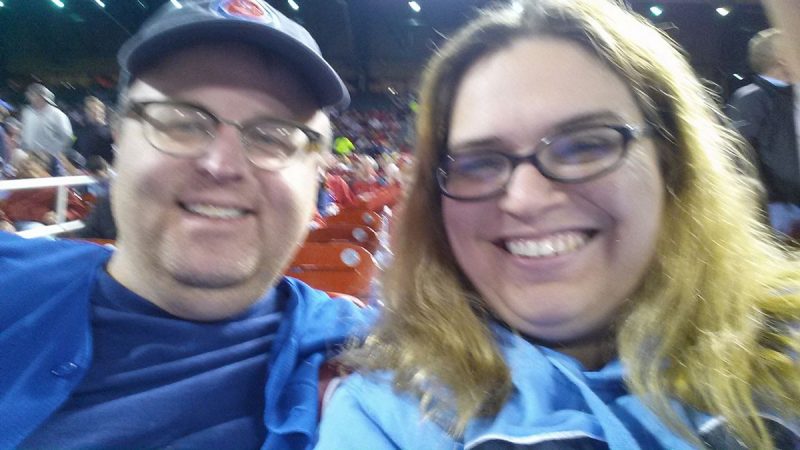 As our story continued, we finally got pregnant with Colette, made it past the first trimester, and were feeling good about our chances and our future.  Going into that 21-week appointment where everything changed, I felt really good. I was really looking forward to having a baby, was finally allowing myself to be excited, when that appointment turned into a hospitalization. Again, it felt like dangling the prize, the team that was going to win it all, only to say, wait, ummm, there may be a snag in our plan. Making it to 24 weeks, to the viability stage that was dangled in front of us as if it was the prize, the cause to celebrate, felt like, okay, we came back from being down and we will prevail, again only to have that hope and that celebration taken away from us just nine days after Colette was born.

Bringing Elliott home was also littered along the way with those feelings.

We were so optimistic and excited, feeling like everything was finally in the cards for us. We found a good surrogacy agency, we were matched with an incredible gestational carrier, she was medically cleared, we signed a legal contract, and she got pregnant the first round! Then, her pregnancy was going well, everything was good, we could be a part of this even though I was not the one carrying, and all signs pointed to a very healthy baby! As we got halfway through the pregnancy without incident, I started relaxing and just enjoying the journey. We were going to bring a baby home, this was good, we could have a birth story that was slightly different, but still really close to what we had imagined. Finally, this was it, this was our turn!

And then Covid hit and it felt like all those years where we were ready, we were doing well, and then it was yanked from us. The doctor’s appointments that I attended, which allowed me to feel totally connected to the pregnancy, were no longer accessible. We drove to the appointments in support of G, but we stayed in the car, reduced to Facetime and phone calls, feeling that disconnect we had so feared. We spent the weeks following, unsure if both of us or if either of us would be allowed in the delivery room, having to draw up short-term guardianship papers in case one or both of us was infected with Covid and not allowed in the hospital, while also being panicked about what Covid could mean for G, for our LL Cool T, and for life parenting a newborn. 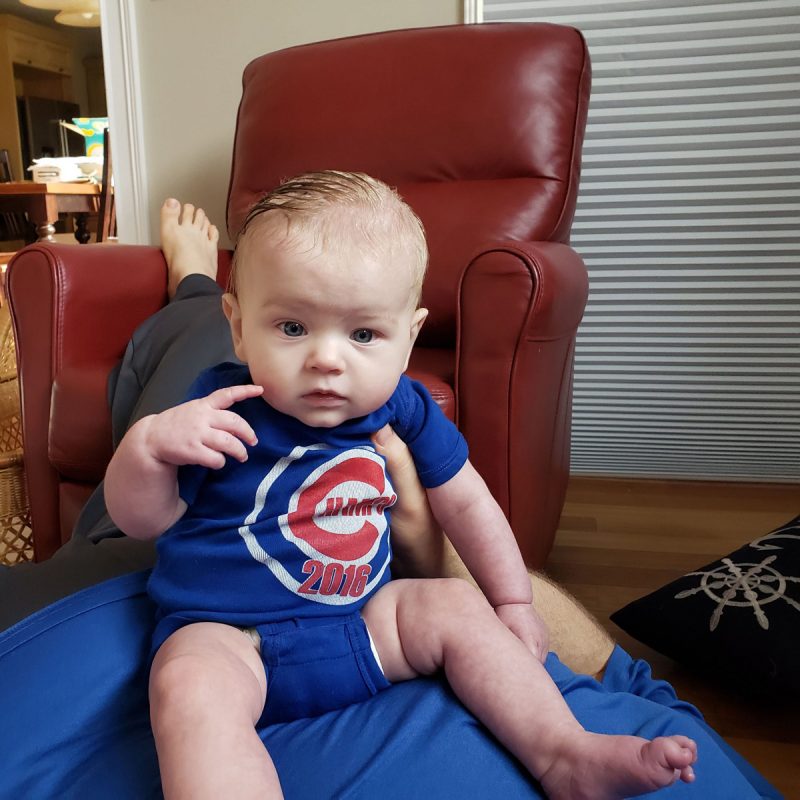 Luckily, we survived all of that and both of us were present at Elliott’s birth, an experience that was so amazing and that I am grateful every day to have been a part of. And Elliott is now a thriving, happy, 16-month-old.

But, that feeling, that fear that it will all be taken from us again, has never gone away. It’s not as present, but it still lingers there, my little friend in the back of my head that is so excited to come out and completely knock me down.

It’s that feeling that comes out when Elliott takes a nose dive off the bed before I can catch him and causes me to have a moment of complete terror and panic when I think oh my God, he’s dead. It’s the feeling that worries me when he has sneezing fits because it appears he has inherited mom’s allergies, because I look at it and wonder, yes, but does it mean something more. It’s the feeling that pushes me to check on him every night before I go to sleep, to place my hand on his back or his chest and feel his breathing, feel the rise and fall of the breath, to know that he is okay so that I can then go to sleep. It’s the feeling when we go to a normal doctor’s appointment and I panic internally that something is going to be discovered, that our lives will not just continue on as planned after the doctor’s appointment, but will be altered completely. 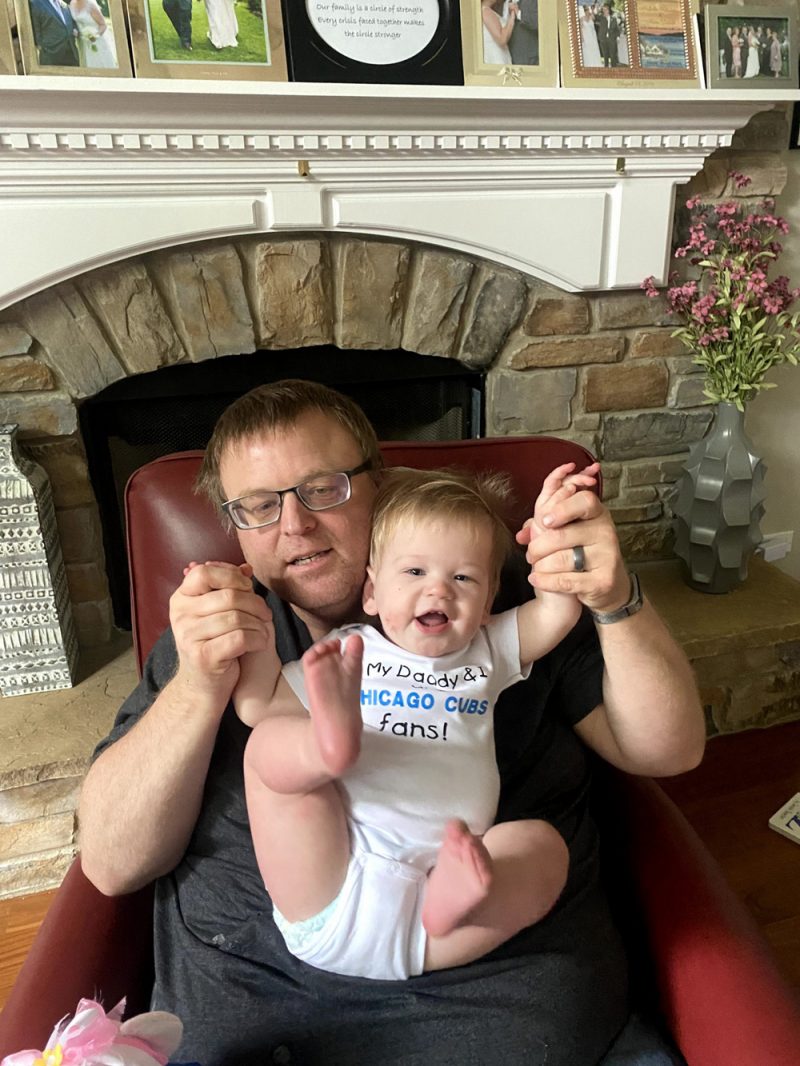 I used to say that being a Cubs fan would take years off my life and I’m sure that it did some seasons. But, parenting after loss is the toughest thing I have ever done and continue to do. I lost all my naivete about the world on the day Colette gained her angel wings. I cannot believe that good things happen because my history and my experience tell me otherwise and because that little friend in the back of my head likes to remind me of that and ask me well, you know things get taken from you, you know that things do not go as planned or expected. I just look forward to more days when I can turn off that voice or when that voice is not so loud. Until then, I’ll say, “This is our year.”